Lights on the White Rock Pier reflected in the water of Boundary Bay in White Rock, British Columbia, Canada. 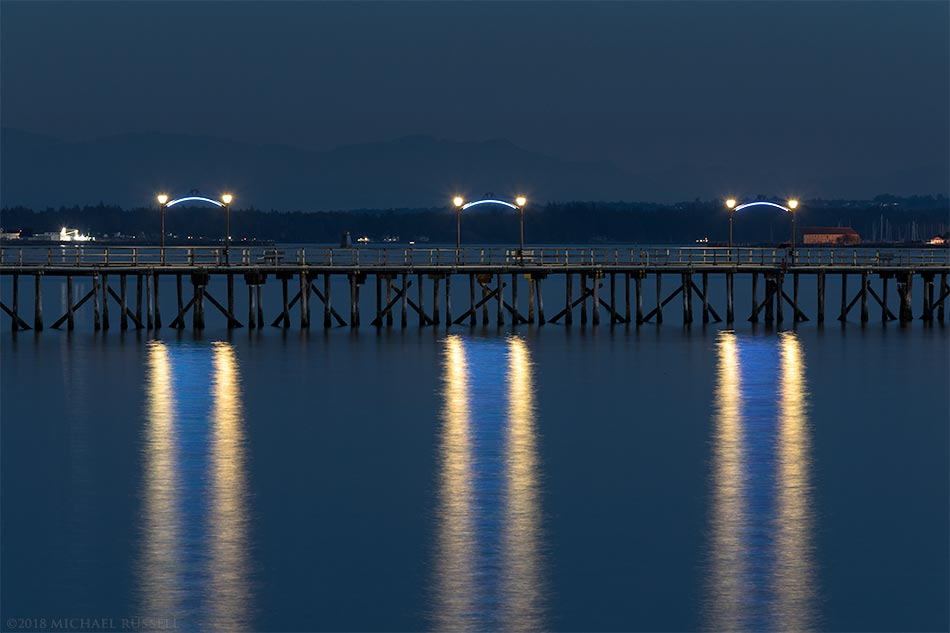 I photographed these lights on the White Rock Pier reflecting off the water of Boundary Bay back in October 2018. I had no idea this would be the last time I would photograph the pier while it was whole. On December 20th, 2018 this part of British Columbia had a historic (in terms of damage) windstorm that damaged the current pier so badly it will eventually be replaced. 300,000 customers lost power (my lights didn’t come on for 30 hours, and I was relatively lucky) and many areas had winds stronger than 100 km/hr (62 mph). The estimated cost of entirely replacing pier is around $16.2 million. The City of White Rock looks to be planning a $5 million fix to get the pier open later this year before replacing the structure entirely.

The White Rock Pier was opened on November 14, 1914. Since then it has become a tourist attraction and one of the main draws to the Marine Drive area of White Rock. I tend to avoid the very busy summer months but this first photograph here was on a quieter evening in the fall where the crowds weren’t an issue, though the pier was still busy. Unfortunately the photograph below shows what it looks like now. There is a large section in the middle of the pier that is completely gone, and there is a lot of damage to the rest of the 104 year old structure. A post I made in 2017 shows a bit more of the pier when it was still intact. Note the marina in the second to last photo on that post and specifically the dock with sailboats that broke free and repeatedly was driven into the pier which caused much of the damage. Some of those sailboats broke apart and sank, the rest washed up on the beach with varying levels of damage. 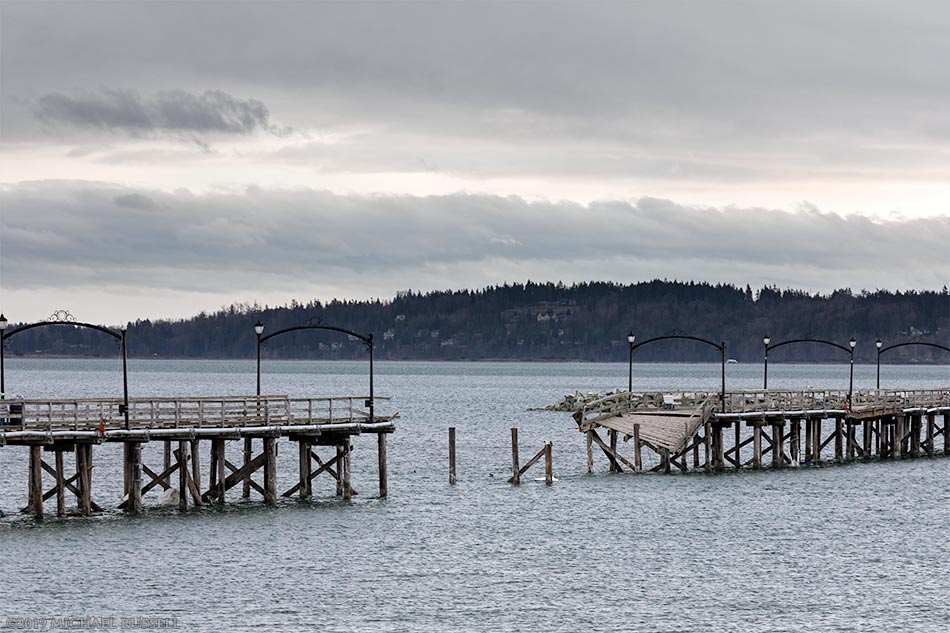 The photograph below shows one of the reasons the pier was popular, it offered not only a nice walk, but great views of the surrounding scenery such as Mount Baker. I photographed this scene in October 2018 during a poor sunset, but with good light to the east. 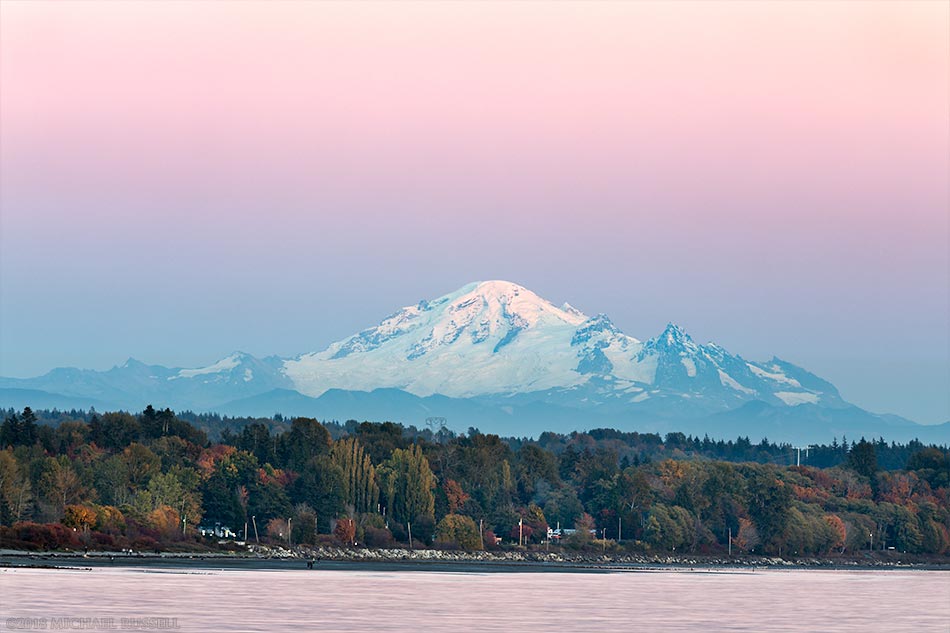 View of Mount Baker from the White Rock Pier (Purchase)

This next photograph is from early 2017 and shows the pier in better days just after a nice sunset. Photographed from the East Beach side of the Promenade looking west. 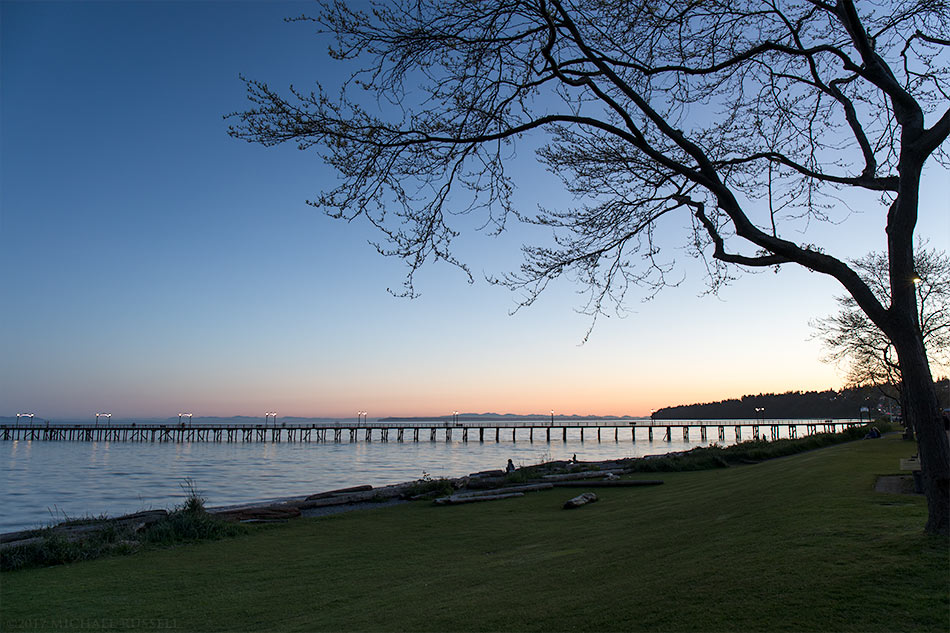 View of the White Rock Pier after sunset (Purchase) 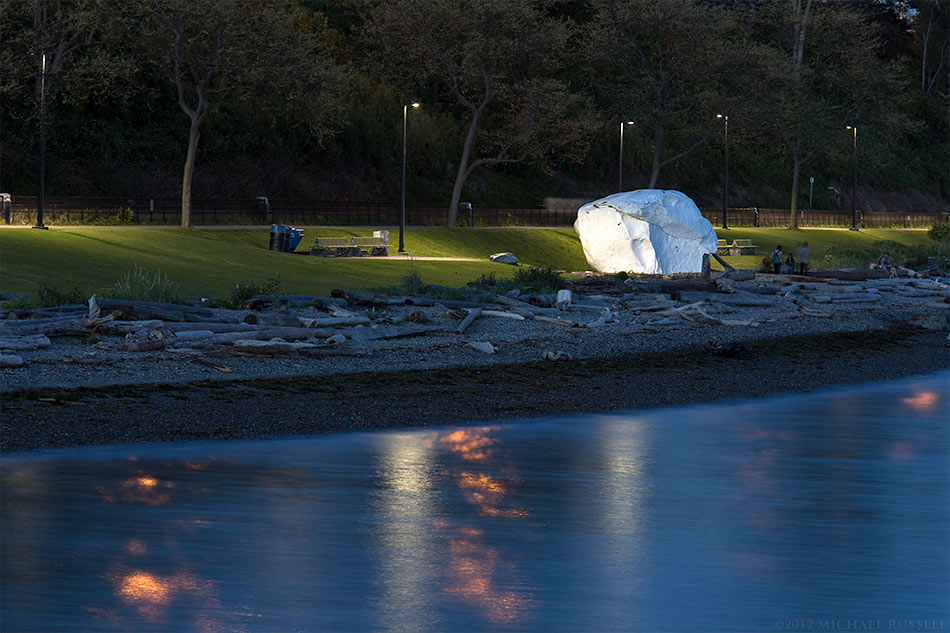 For more photographs of the White Rock Pier and other scenes from the area visit my White Rock Gallery.