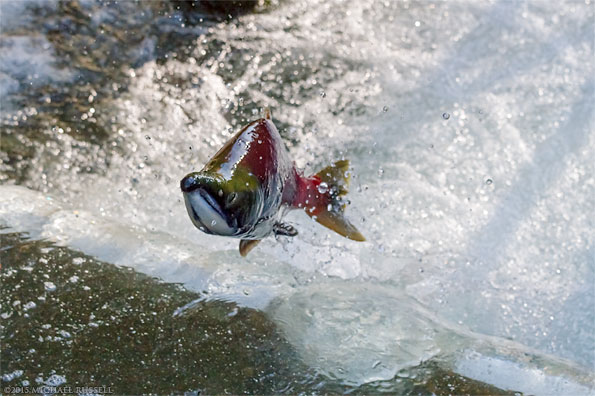 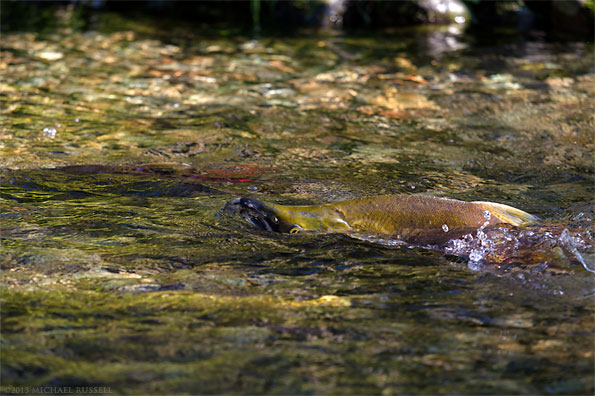 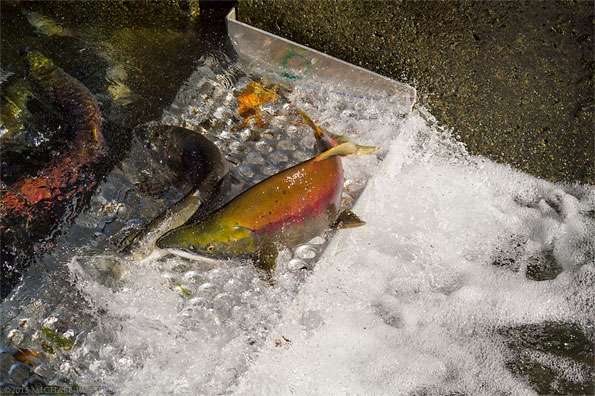 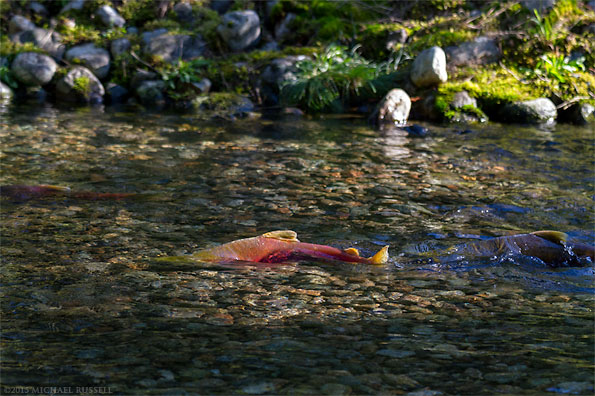 Last year I went deeper into the Fraser Valley in search of spawning salmon and the Bald Eagles that would be feeding on their remains. I saw no eagles. I did manage to see a lot of seagulls and Great Blue Herons which are a bit less interesting, but subjects which would occasionally sit still for me to photograph.

These are two Glaucous-winged Gulls (Larus glaucescen) feeding on salmon eggs and carcasses in the Harrison River.