Pasque Flower (Pulsatilla vulgaris) blooming in a backyard garden after a spring rain. 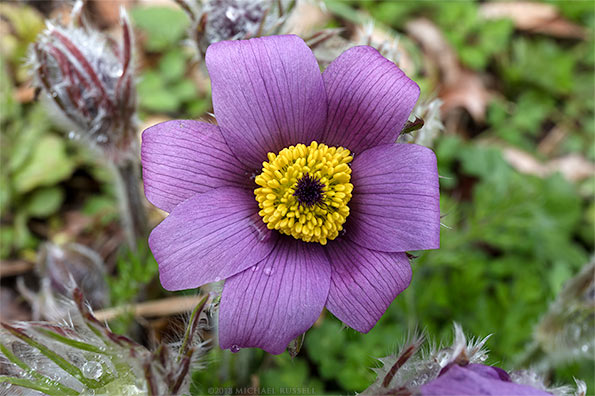 One of the first (interesting) spring flowers that come up in the backyard garden are these Pasque Flowers (Pulsatilla vulgaris – formerly Anemone pulsatilla). I’ve photographed this plant a few times in the past, but it often flowers when we have a lot of rain and the flowers aren’t always this photogenic. I first became familiar with Pasque flowers by photographing the White Pasqueflower in Mount Rainer National Park. Pulsatilla vulgaris (native to Europe) are much smaller with similar seed heads but not nearly as tall as those seen in the mountains. 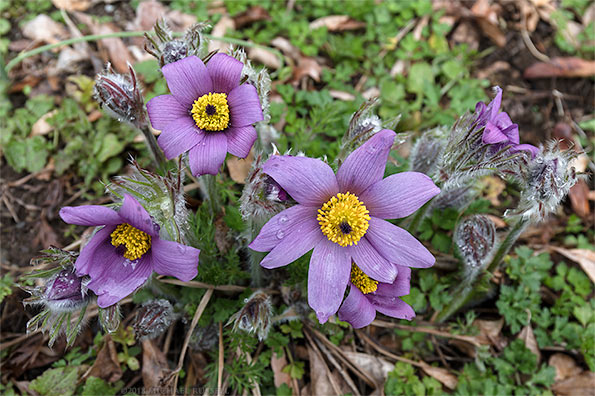 More photographs from the garden can be found in my Garden Plants Gallery. 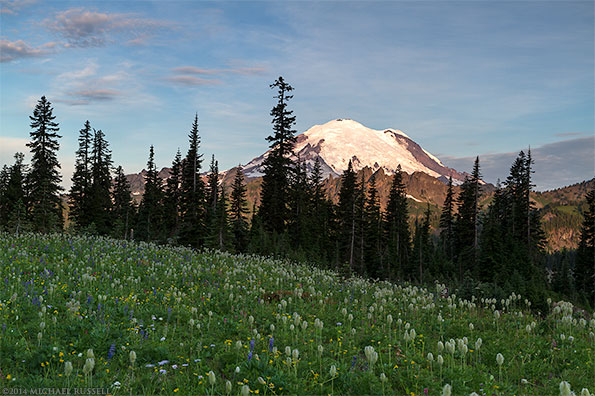 Almost 2 months ago I went down to Mount Rainier National Park to view the wildflowers. Last week I posted some photos I made at Tipsoo Lake. Even on a weekday a National Park will be a busy place, so there were a lot of people hiking the trails and taking photos. For some compositions I waited for the people to be clear of my frame, but for others I tried to photograph what the people were doing on the trails. There was a lot of pointing and photographing this great display of wildflowers. 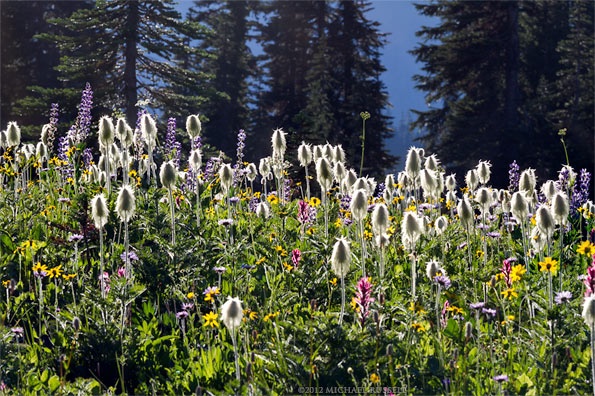 In mid August I went to Mount Rainier National Park to view what was promising to be an impressive display of wildflowers. As the weather at the Paradise area generally did not allow for viewing of the mountain itself, I headed to Tipsoo Lake to see the display there. I was not disappointed! While I have not seen a full display at Paradise, which is rumored to be a bit better, I was quite impressed with what I saw at Tipsoo Lake. The first photograph here is of some Pasque Flowers or Western Anemone (Anemone occidentalis) seed heads that were nicely backlit by the setting sun near Upper Tipsoo Lake. There are also a few Paintbrush (Castilleja miniata), Broadleaf Lupines (Lupinus latifolius), Alpine Aster (Aster alpigenus), and Broadleaf Arnica (Arnica latifolia) in that photo.

Here are a few more wildflower photographs made around Tipsoo and Upper Tipsoo Lakes: