Dark-eyed Junco nest (Junco hyemalis) with eggs in a ground level nest in the Fraser Valley of British Columbia, Canada. 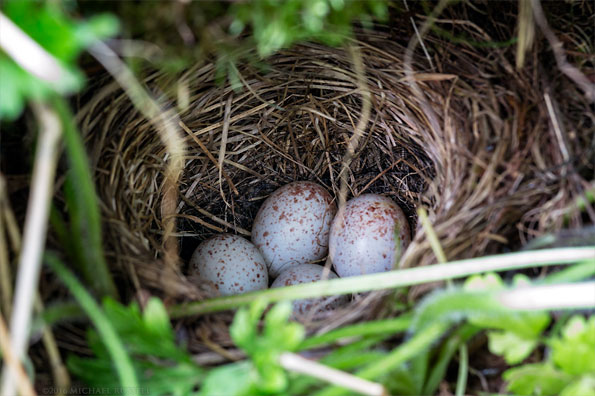