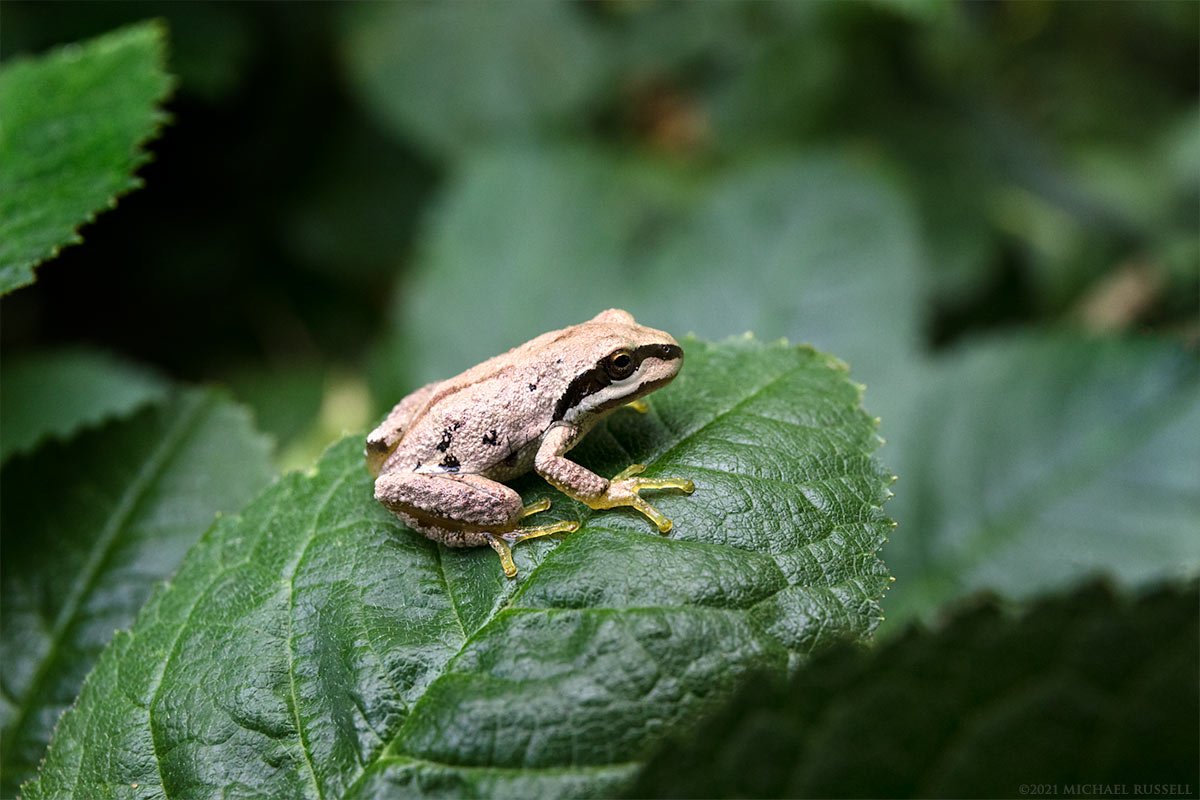 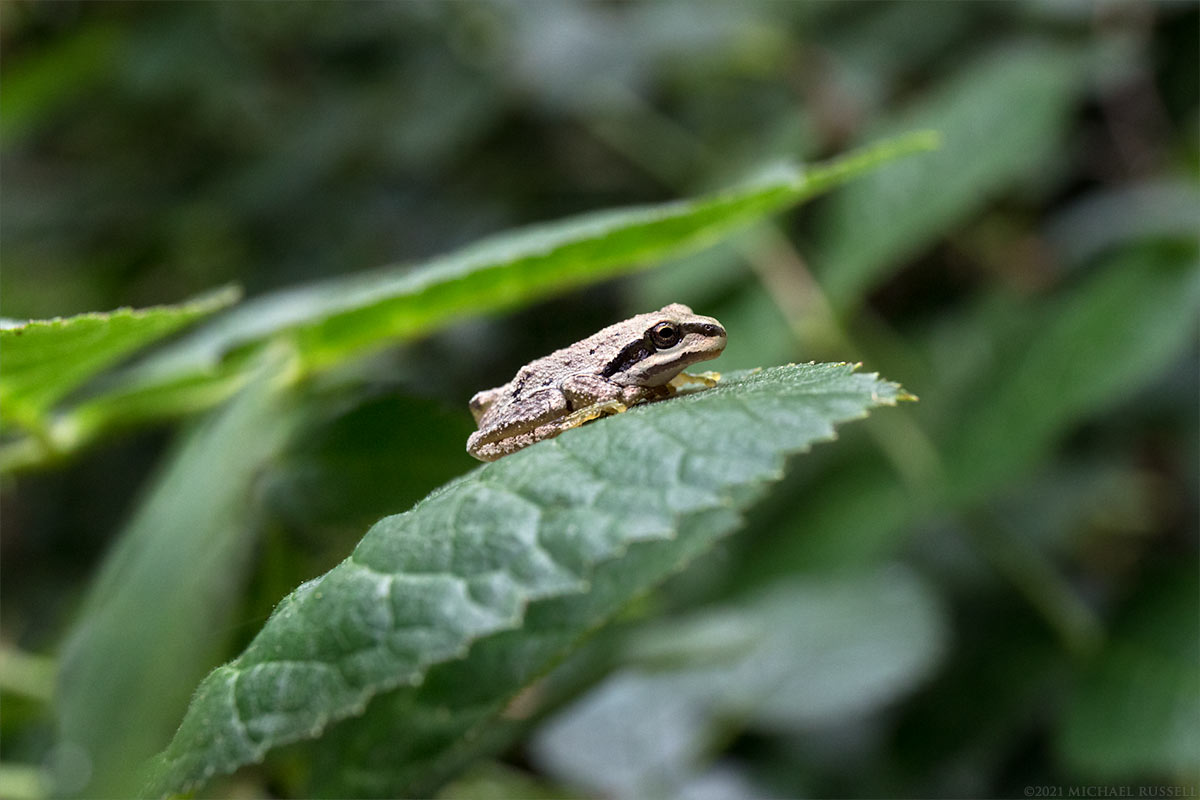 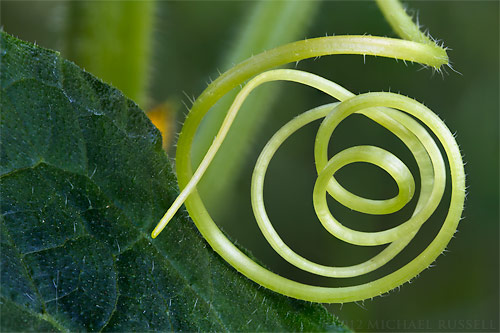 A bit of an older image (photographed in 2011) but I found a lot of photography opportunities with my Canon 100mm macro lens and these cucumber tendrils in a backyard greenhouse. I photographed the leaves and the flowers from a few angles but settled on these curled tendrils as the most interesting aspect of these plants.

More of my macro photography can be found in the Macro Photos Gallery. 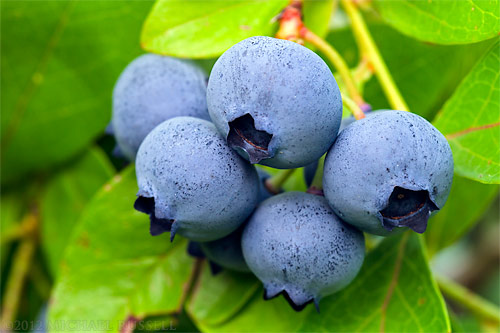 A closeup of two Crocus (Crocus vernus) flowers in the backyard last Spring.

This photograph was a bit of an experiment. I wanted to have a shallow depth of field that would blur the background. Since these flowers were at different heights, having them both in focus was not going to occur along with a shallow depth of field. I might have been able to get these both in focus with an aperture of f/16 or higher, but this would not have the background bokeh effect I was looking for. So this is a blend of two exposures shot at f/2.8 each focusing on the top of one of the flowers. The two exposures were then merged in Photoshop. I like the effect this created, and it shows that a “focus stack” doesn’t have to have everything in focus through the composition.

More photos of Spring flowers and gardens can be found in my Garden Photos Gallery.

I haven’t shot any macro since last Fall so during a break in the rain I made this photo a few days ago. “Lady’s Mantle” (Alchemilla) leaves have lots of little hairs on them which always seem to collect such great water droplets. Made with my trusty Canon EF 100mm f/2.8 macro lens.

One of the things I love most about macro photography is how a small area of the backyard can suddenly yield almost infinite possibilities with a macro lens. One of my favourite macro subject are bees – and while I have shot a lot of these it can be rather hit and miss. You need a decent shutter speed as these and other insects don’t seem to sit still long while on a flower. To do this I shot at a higher ISO than usual (800 in this case), and at a wide aperture (f/6.3 for a little more DOF than f/2.8) so I could have a high shutter speed. I was also doing this hand held with a 100mm lens with no stabilization, so a shutter speed of 1/100sec would have not turned out well with just the camera shake from my hands (that 1/focal length rule). These guys dart around so much that using a tripod would drive one mad so these settings are important.

Even with settings like this there is still a lot of trial and error. So I take a lot of shots. This further illustrated to me my need to upgrade from my 2Gb CF cards – they were okay for my 30D but the 7D in RAW mode results in 22-25 megabytes for each photo. Once you start taking something other than landscapes having only 70 exposures available before switching cards is limiting.

A few years ago I made it my quest to pursue the “perfect” bee on a flower shot. I took hundreds of photos – but my technique and understanding was not (apparently) very good. I wound up with a few keepers but nothing that really made me feel like I nailed it. Having to go through all of those shots burned me out on the idea and while I have shot the occasional bee since, I’ve generally avoided trying again.

I have a much better understanding of how to shoot this sort of thing now, and inspired by this post by Robin Black, I decided to try again. The lavender flowers in the backyard are somewhat past their prime, but the insects are still all over them collecting nectar. I found this Woodland Skipper (Ochlodes sylvanoides) to be a more interesting subject than the plain honeybees, though the Skippers seem to be a lot more manic in their movements. I am quite happy with this shot, but is it the “perfect” Skipper photo? Not yet!

A few months ago I walked through Campbell Valley Park with only my macro lens on my camera. The point of this exercise was that I wanted to focus on just type of shot and not get distracted by other sorts of shots. I wanted to concentrate on the small things like this mushroom, or another subject from that day – a Bleeding Heart flower.

Unfortunately I am not adept at identification of fungi, so I’ll get as close as possible and merely identify this as some sort of Mycena sp.