The historic Annand/Rowlatt Farmhouse (1888) at Campbell Valley Regional Park in Langley, BC. 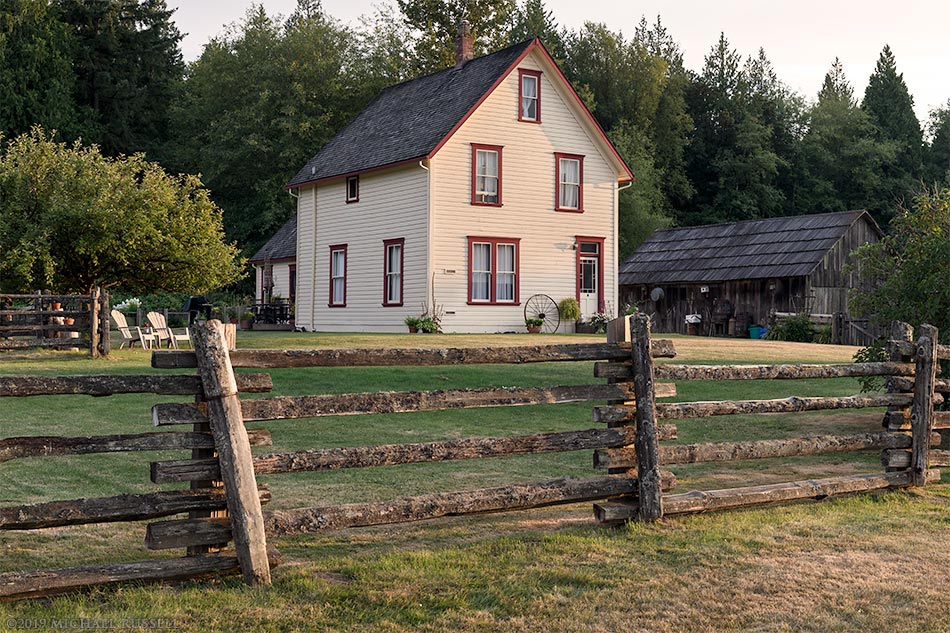 Farmhouse on the Annand/Rowlatt farmstead (built in 1888) (Purchase)

I recently returned to the Annand/Rowlatt farmstead in Campbell Valley Park and made some photographs. I’ve photographed this location a few times over the years, but had not published the results until recently. The farmhouse pictured above was built by Sarah Ann and Joseph Annand in 1888. This makes the farmhouse one of the oldest existing residences in the Township of Langley. The Annands sold the farm in 1905 and then Len Rowlatt first leased, then purchased the property and lived there for almost 60 years. The farmhouse and the surrounding farm buildings are now part of Campbell Valley Park in south Langley. This photograph of the farmhouse was made in 2019 at the same time as the first photograph of the barns below.

There are two barns on the Annand/Rowlatt farmstead. The Gable Roof Barn is older and has a bit more historical character, and was built in 1898. The Gable Roof Barn was restored in 1986, and is a timber-frame barn held together with wooden pegs. The siding is made from cedar planks that were split on the farm itself. The lean-to on the north side of the bard was where cows were fed, but now houses old farm equipment. 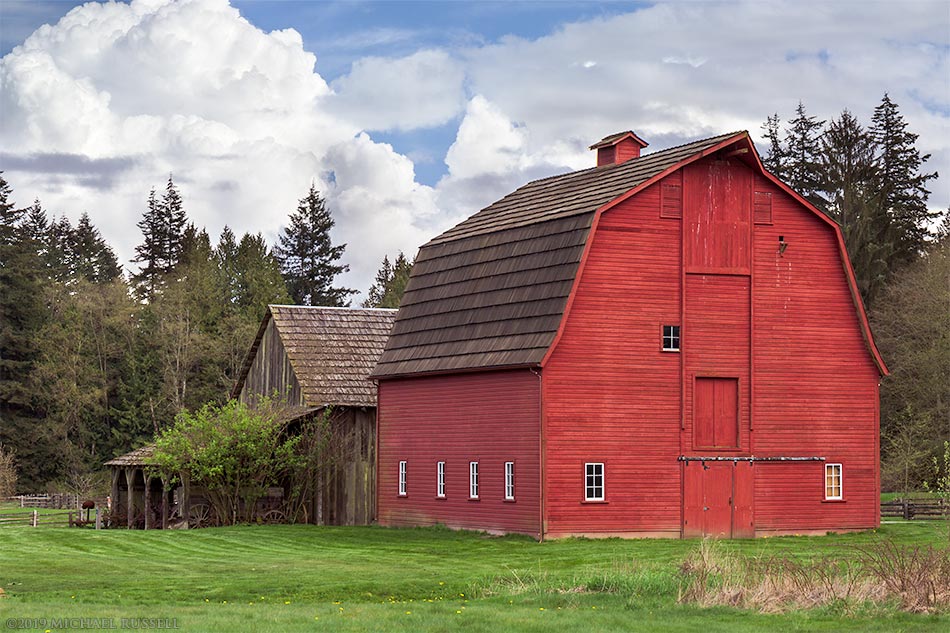 The Two Barns on the Annand/Rowlatt Farmstead (Purchase)

The larger, red, Gambrel Roof Barn (right) was built in 1939 by Len Rowlatt in order to house and milk his dairy herd. The complex Gambrel Roof design allows space in the hayloft without the obstruction of vertical timbers. This barn was restored to its original condition in 2001. The second photograph of the two barns (and the outbuilding photo below) was made in spring of 2017. 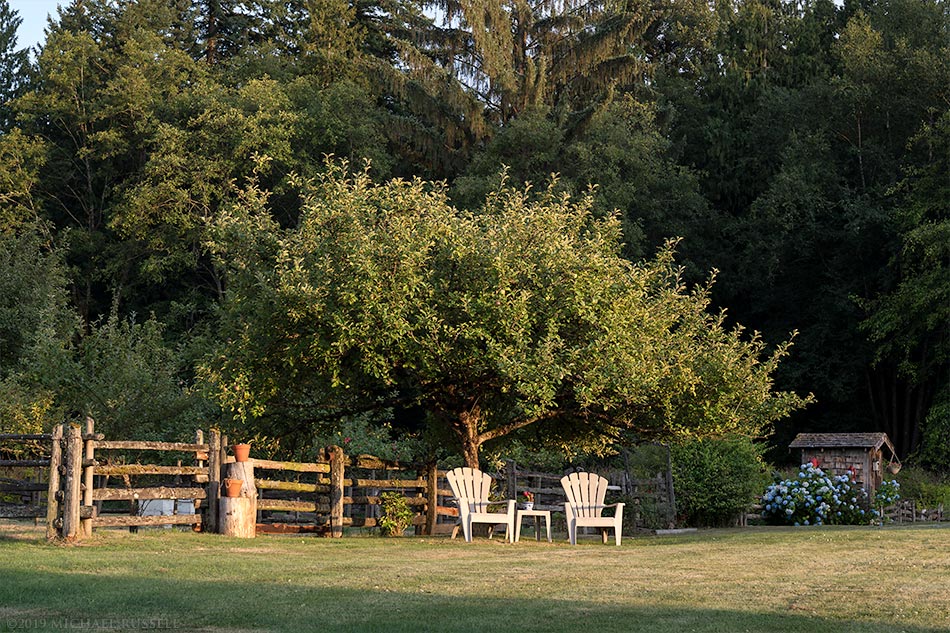 There are a number of split rail fences around the farmstead. One encircles the farmhouse (which is currently rented and is a private area) and the garden/orchard surrounding the house. These two chairs look like an inviting place to relax under an apple tree. 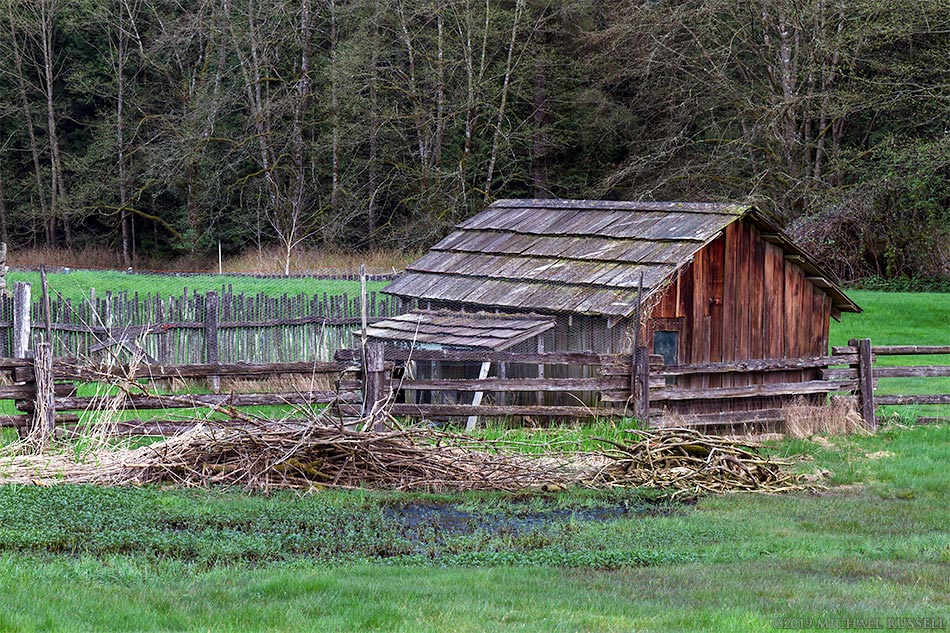 The farmhouse and 2 barns are not the only older structures on the farmstead property. This small building is located behind the farmhouse and beyond the gardens. Originally there was a garage, workshop, chicken house, storehouse and a pigpen on the property. I am not sure what this building originally was built for, but most of the buildings have been repurposed over time for different needs.

For more of my photographs of the Annand/Rowlatt Farmstead, including some close ups of farm equipment and the barn windows/doors visit my Campbell Valley Park Gallery. 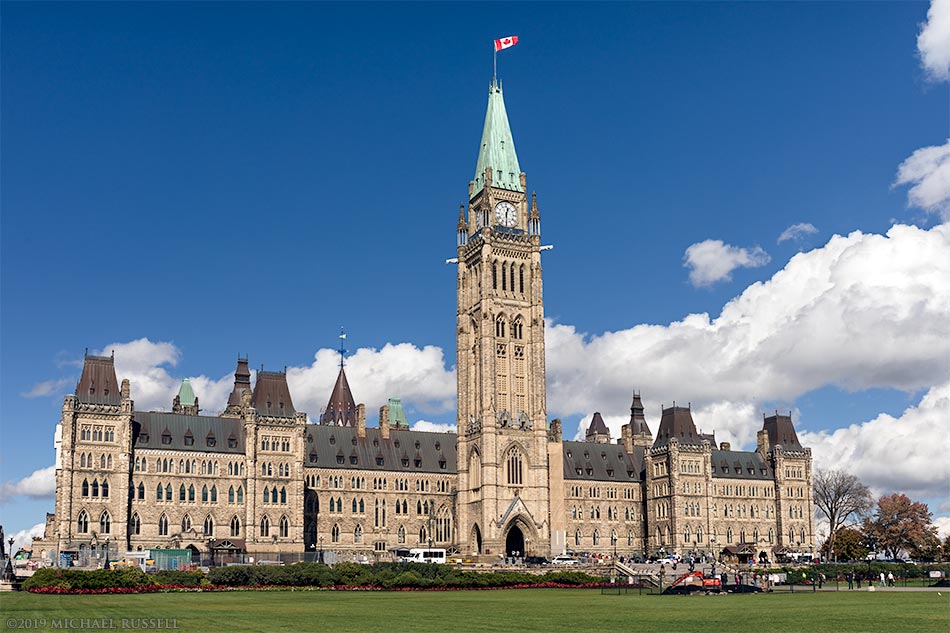 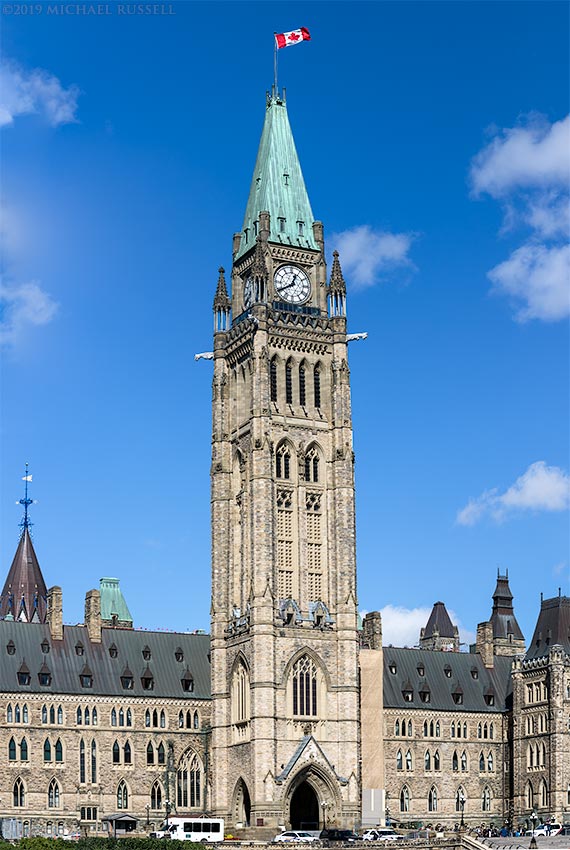 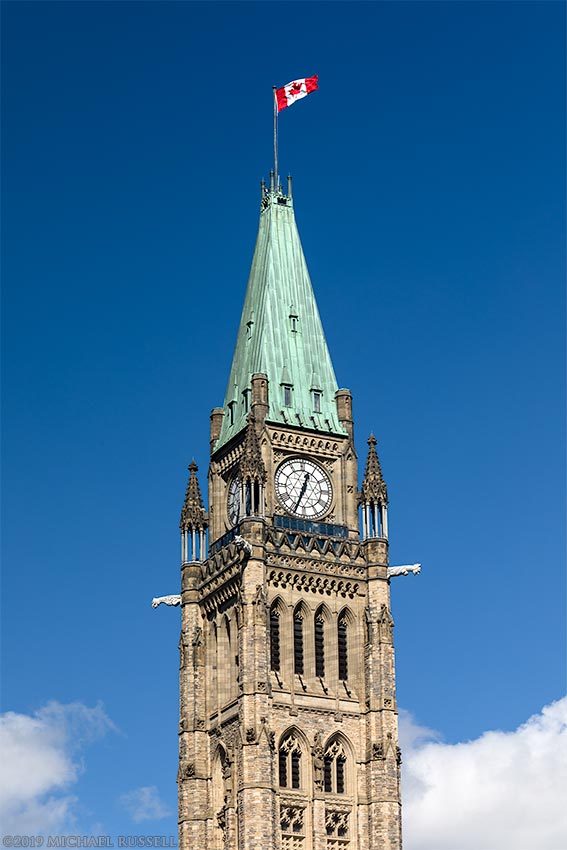 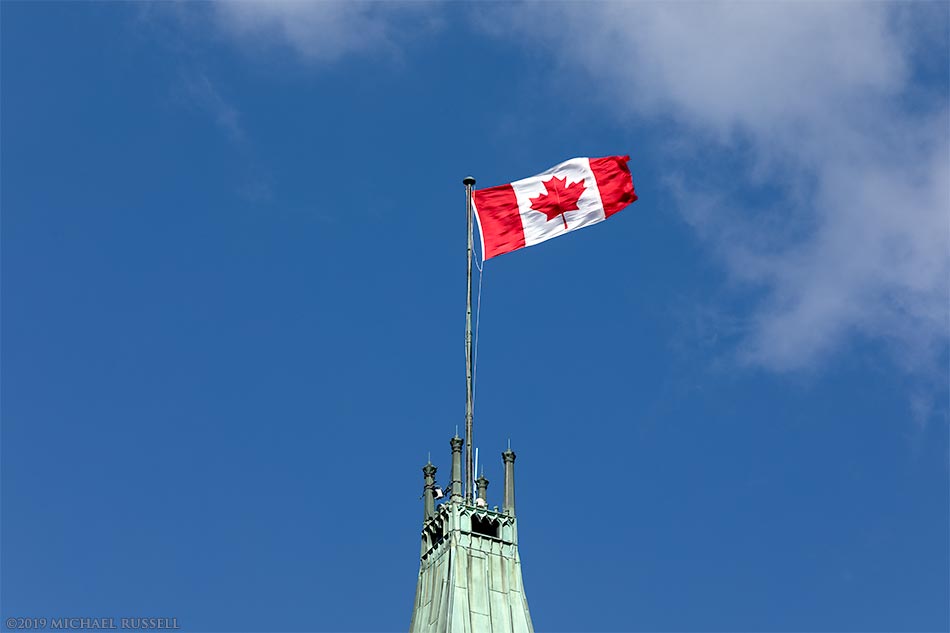 I have been catching up on editing some older images I made in 2010 at Mount Rainier National Park. Below are two images of historic buildings in the Longmire Historic District. Unfortunately, I don’t think I’ve been to Longmire since I made these photos back in 2010. I tend to enter the park from the Stevens Canyon entrance now due to its proximity to Tipsoo Lake, Sunrise and relatively quick access to the Paradise area. Sadly, Longmire gets left out most of the time now.

This is the entrance to the historic Longmire Administration Building built in 1928. 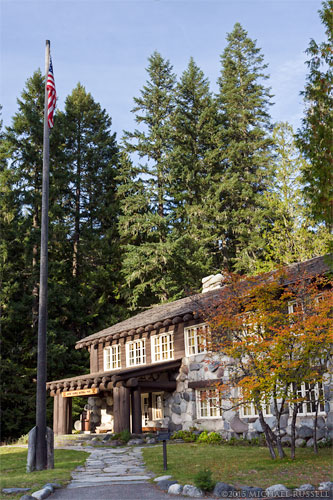 This is the Longmire Service Station which was built in 1927. 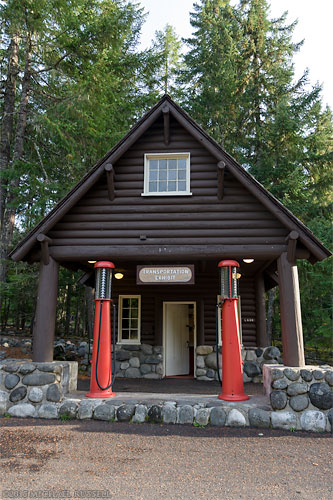 Between Longmire and Paradise lies a small loop road at Ricksecker Point. I have photographed many of the views from Ricksecker Point including this telephoto image of the peak of Mount Rainier itself. The glacier on the right hand side of this photo is the Kautz Glacier, which in part forms Kautz Creek many will be familiar with crossing if entering the park from the Nisqually entrance.

Snow and Ice on the Peak of Mount Rainier