Liberty Bell Mountain from the meadows at Washington Pass at sunset. Photographed in the North Cascades of the Okanogan-Wenatchee National Forest in Washington State, USA. 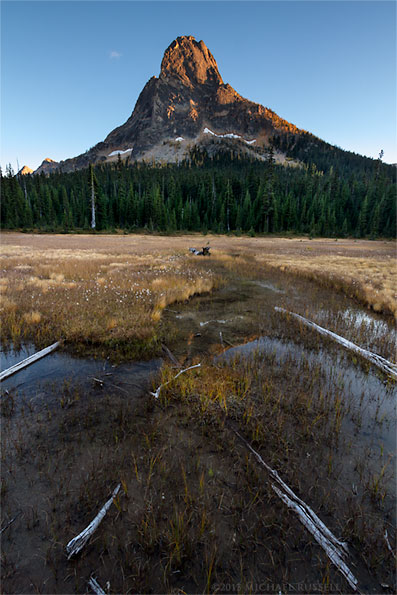 Back in October I visited the Washington Pass area with Alan Majchrowicz. We first hiked up to Blue Lake which was surrounded by some great Fall needle colours in the Alpine Larches. I’d not seen larches before so this was especially interesting. Next Alan showed me this fantastic meadow near Washington Pass which has great view of Liberty Bell Mountain (top) and Kangaroo Ridge (bottom photo) and a wide array of interesting foregrounds. 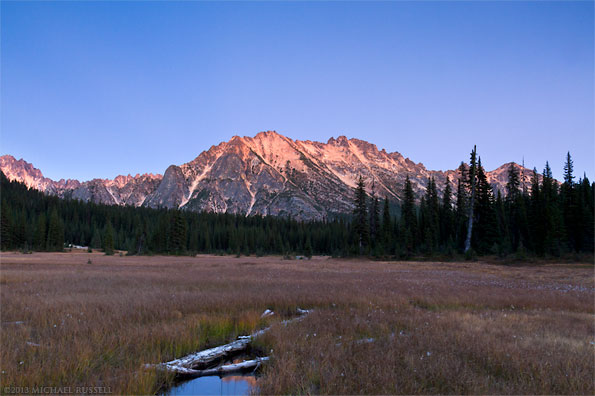 The first example of these can be found in the first photograph of Liberty Bell Mountain. There were many small patches of water in the meadows, some even containing small fish – which I found interesting considering how long this area is under snow each winter. There were also numerous long dead tree trunks laying horizontally on the ground which made for some good foregrounds as well. In the first photo above I liked how all of these seem aligned to point right to Liberty Bell Mountain.

The second example of foregrounds elements I enjoyed were the Narrow Leaved Cotton Grasses (technically a Sedge – Eriophorum angustifolium) which I had not seen before. The small tufts of cotton like seeds on the stems made them a bit more interesting to me. While I think the nice post-sunset “belt of venus” light in this second photo works better, I do have another composition from the same area that shows off the grasses/sedges a little better (below). 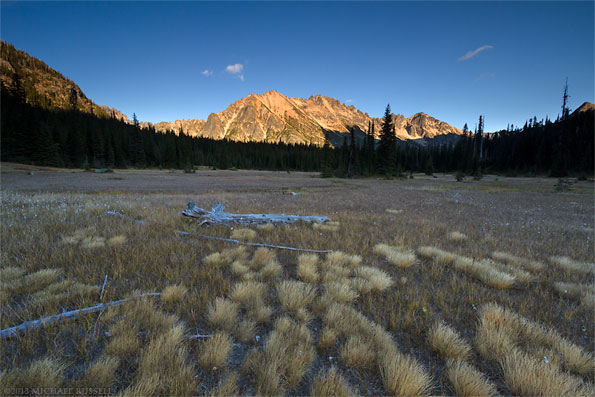 While I am just beginning to scratch the surface of photographic possibilities within the North Cascades area I think this spot near Washington Pass will definitely be a stop I wish to make next year after the thaw! 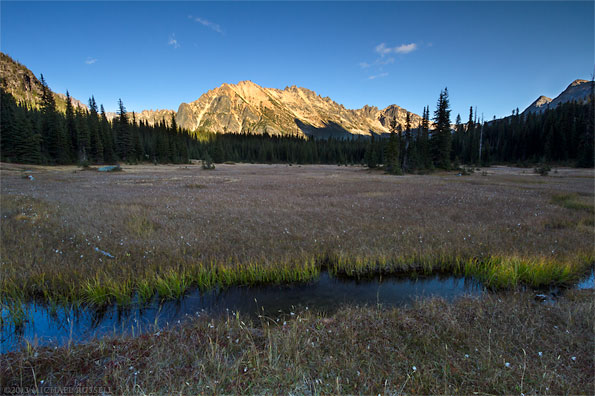 A small stream runs through the meadows at Washington Pass (Purchase)

For more photographs from the Washington Pass area of the North Cascades take a look at my Okanogan-Wenatchee National Forest Gallery in my Image Library.