Another in a series of blog posts where I publish a small group of photos that don’t quite fit into the regular posts. Most of these were made this year but the Coyote photograph was made in the summer of 2021. 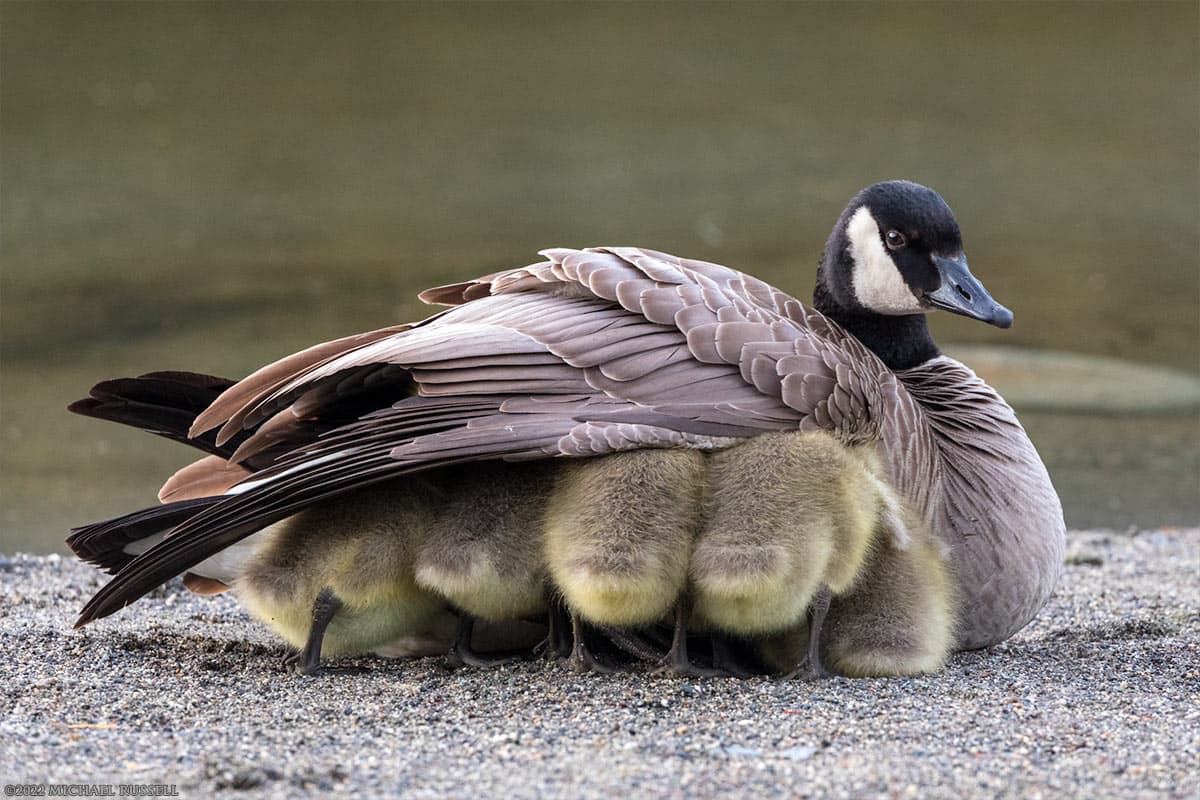 Earlier this spring I visited Rolley Lake Provincial Park primarily for a quick lap on the perimeter trail. Having completed the loop, I saw this family of Canada Geese (Branta canadensis) walking towards the beach area. There were a few human families sitting on the edge of the water fishing, but the geese didn’t seem to care. They pretty much just “elbowed” their way through the group, and at one point an adult just hopped through a lunch box and kept going. I guess we know who owns that beach! After poking around the shoreline for a bit the goslings crowded under Mom’s wing for some shelter. With the size they were getting to at that point, it looks a bit crowded in there! 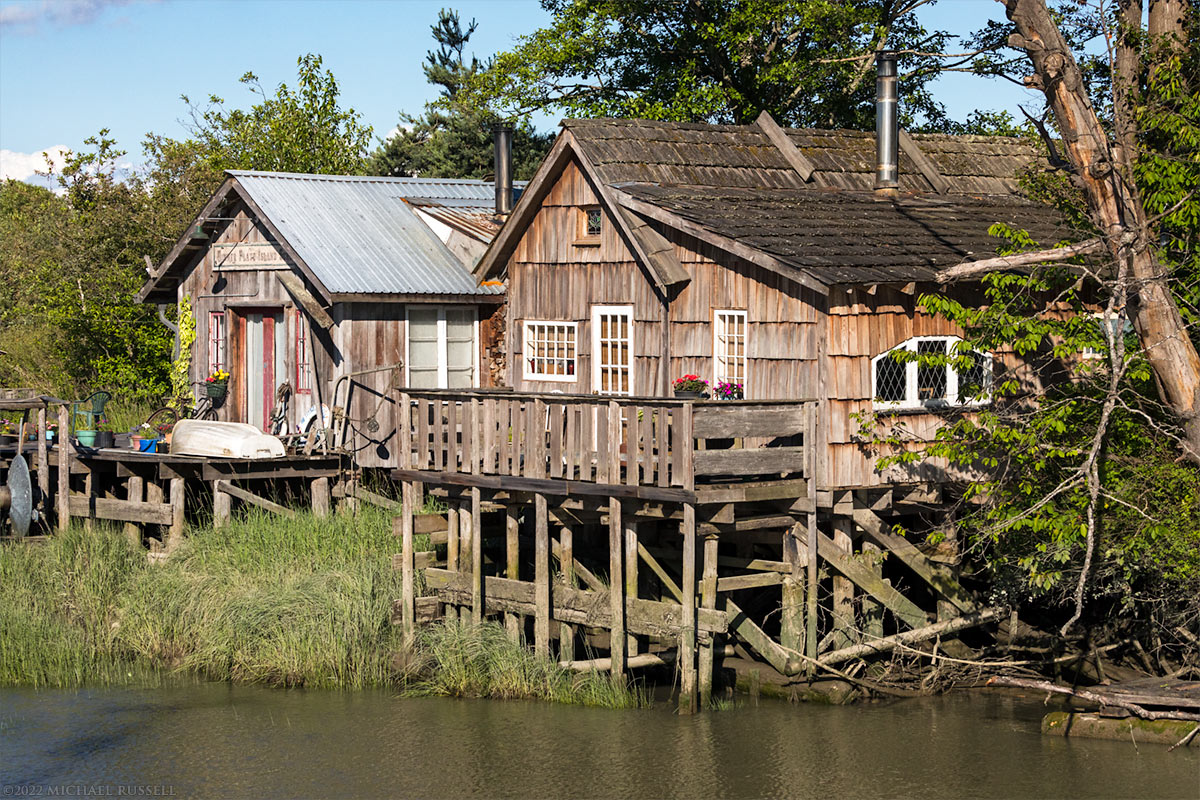 These two buildings are part of the Finn Slough community in Richmond, British Columbia. Finn Slough was founded by Finnish settlers in the 1880’s and became the hub for fishing in the area. The buildings in Finn Slough were built between the late 1800’s and the 1950’s. The short bridge to the community had some warnings posted on it. I’ve heard a lot about some current residents being annoyed with the actions of photographers and visitors, so I kept to the road for this photograph. I have no doubt people who live there have had their privacy invaded more than once, it is a popular photo location.

A band of cloud lingering over the Golden Ears (Purchase)

I have quite a few photographs of the Golden Ears in Maple Ridge, BC. Many of those are panoramas like this one, but not many have clouds in them. I’ve sold a number of really large canvas prints of these images, so I made this photograph with the idea of having a few more options to present when a client is making their choice. Someday I’d like to get one with a colourful sky above the peaks, but as it lies directly north of here that is going to have to rely on some higher clouds picking up that light. One more thing for my long list of photos I hope to make in the future! 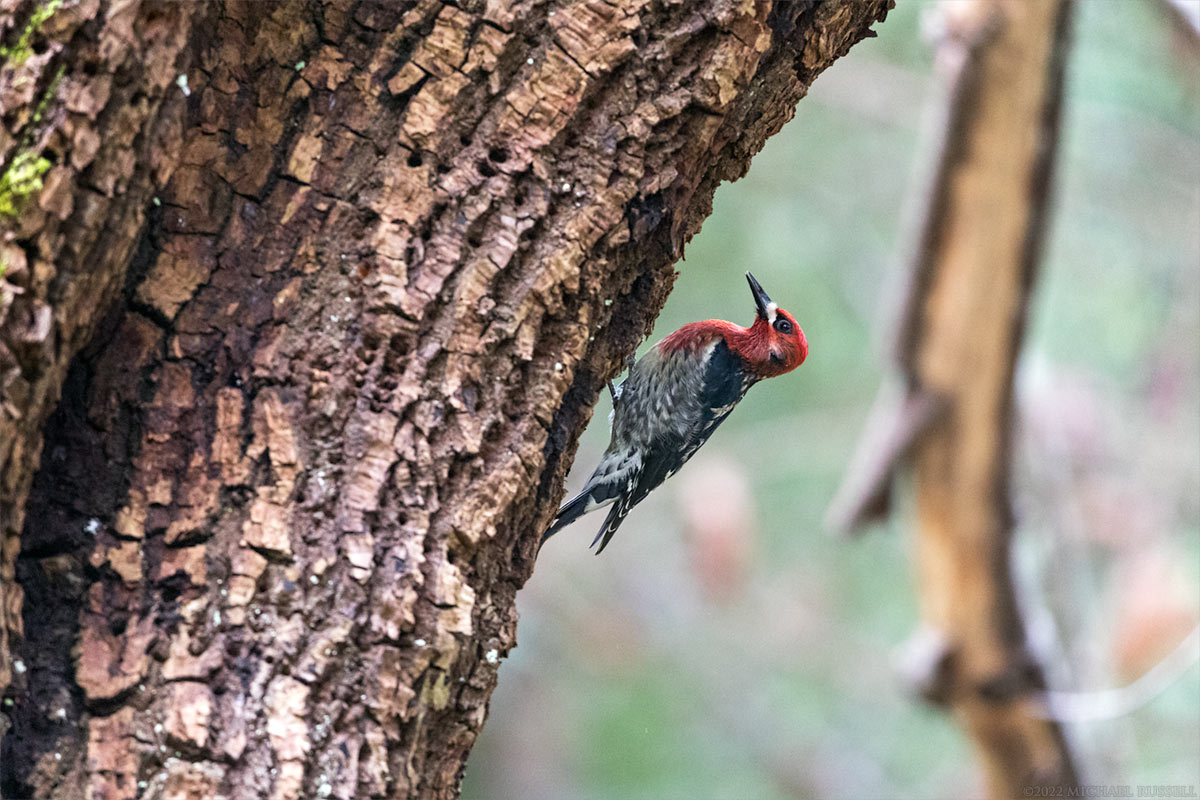 During a trip to Salt Spring Island in April of this year, I made a photograph of some ferns growing along a trail in Burgoyne Bay Provincial Park. Ultimately that photo didn’t work out, but as I walked further I noticed this Red-Breasted Sapsucker (Sphyrapicus ruber) perched on a Bigleaf Maple (Acer macrophyllum) trunk. I approached carefully, making a few photographs as I moved forward. As this was right next to the trail, I couldn’t give the bird all that much space, but it seems I needn’t have been concerned. As we passed it stayed still and didn’t seem to concerned about our presence. Note in this photograph some of the small holes drilled into the bark where the Sapsucker, a species of Woodpecker, feeds on the trees sap. I made this second photograph while directly behind the Red-Breasted Sapsucker as it kept an eye on me.

Bonus photo: I found this character along the trail at Burgoyne Bay Provincial Park during the same trip to Salt Spring Island.

Almost exactly a year ago (before the Sumas Prairie flooded from the Atmospheric Rivers) I was driving through the Fraser Valley and passed this Coyote (Canis latrans) trotting through a freshly cut hay field on Sumas Prairie in Abbotsford. I turned around and pulled over on the rural road and made this photo from the car. Clearly my car was spotted by the Coyote as it stopped and looked at me briefly, then continued on. Occasionally it would grab something from the grass, and I presume it was hunting small rodents that were disturbed by the hay cutting. After a while it turned around and disappeared in the corn field in the background. 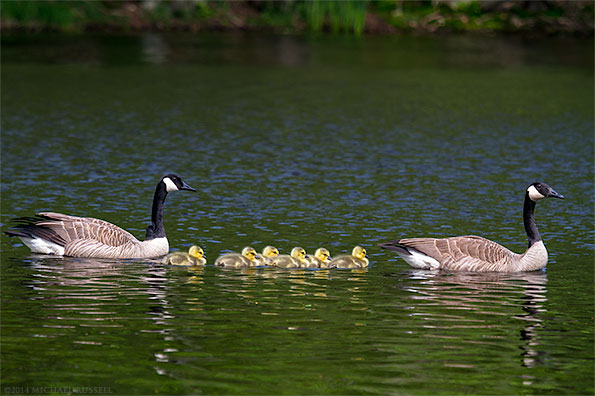 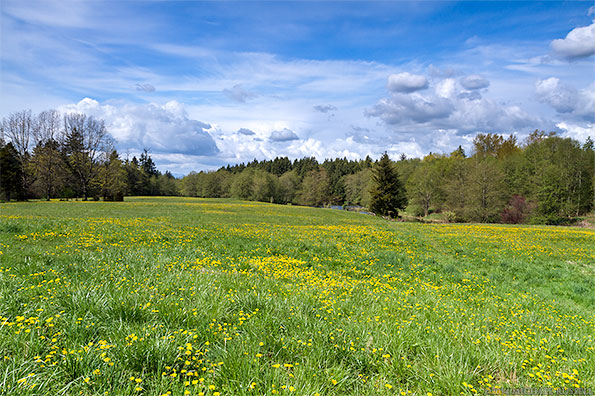