I’ve been meaning to spend a bit more time in West Vancouver and in early November I spent an afternoon there looking for scenes to photograph. I started at Horseshoe Bay, but I had not heard the shoreline/beach park was closed, so I headed over to Whytecliff Park instead. They were filming a movie there, so it was a challenge to find parking. I had a look around and then left for various spots along English Bay. Ultimately I wound up at Ambleside Park next to the beach, and photographed this first panorama above just after the peak of sunset. This area has changed a lot in the past few years since I last visited. A lot of the retail/condo buildings around the Ambleside Pier were still being built or weren’t around yet last time I visited.

My first stop after leaving Whytecliff was near the Dundarave Pier at 25th street. I was unaware that the January 2022 storm that destroyed the Jericho Pier across English Bay in Vancouver had also caused so many problems in West Vancouver. The Dundarave Pier remains closed for repairs. The West Vancouver Centennial Seawalk had been repaired from the storm and can be seen along the edge of English Bay in the photo above. It was quite busy with people walking its 1.7 km length near various condo and apartment towers. I made a few photographs here and headed east along the water. 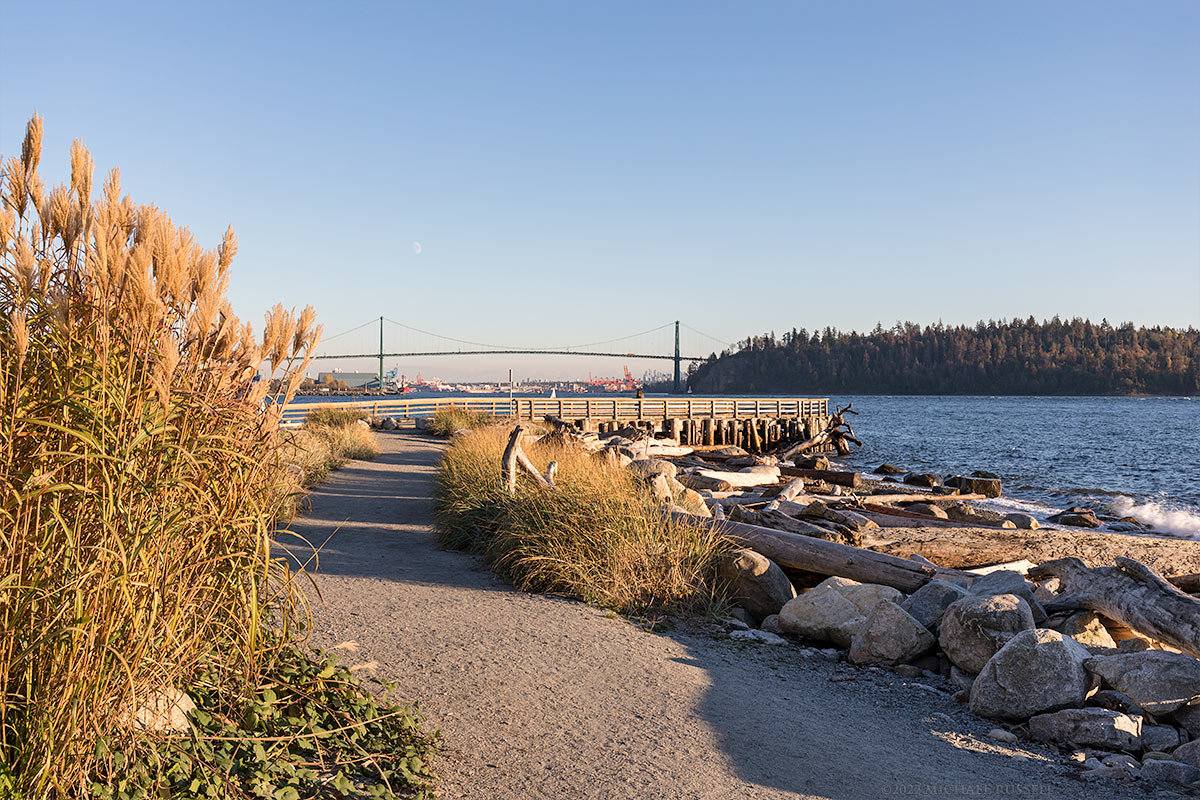 Sunset at Ambleside Beach and Pier in West Vancouver (Purchase)

From John Lawson Park I went to Ambleside Park for sunset. The sunset wasn’t very interesting itself, but I don’t use it as a subject very often. I usually prefer to see what that warmer light is going to with other subjects, and in this case it warmed up the look of the buildings in Ambleside quite a bit. Compare to the first photograph here that was made 20 minutes later. Still a bit of glow on the windows from the horizon but not on much else. I also made this photograph (Link) kind of in between the two.

Likewise you can see some glow in the windows of Ambleside and Dundarave but not on much else in this last photograph. Some of the buildings here are the same as in the second photograph here but from around the corner. The pier here is the John Lawson Pier and you can see the seawalk heading west from the park.