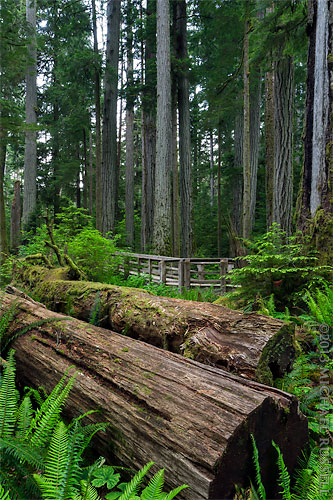 Looking up in the Grove of the Patriarchs in Mt. Rainier National Park.