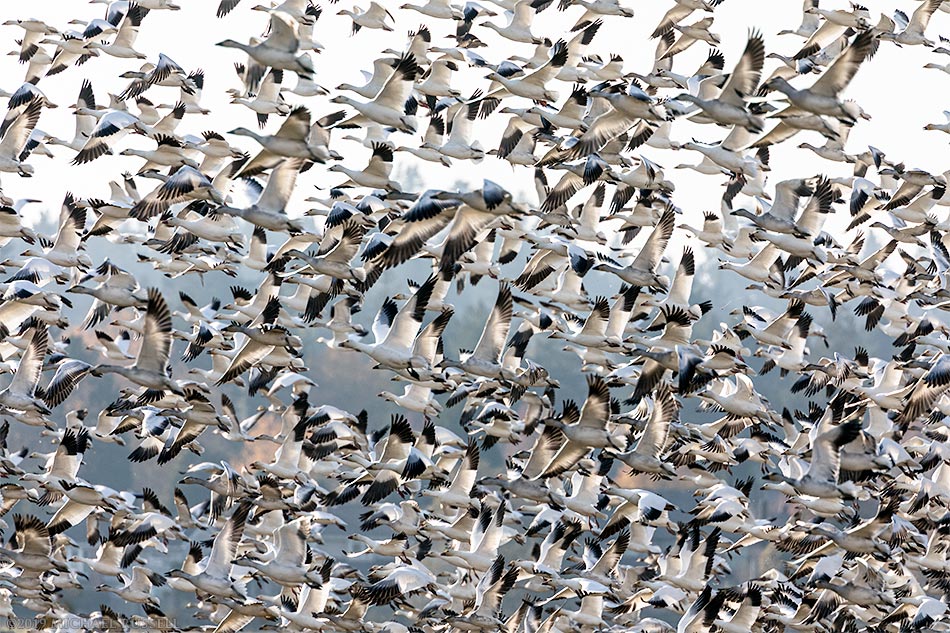 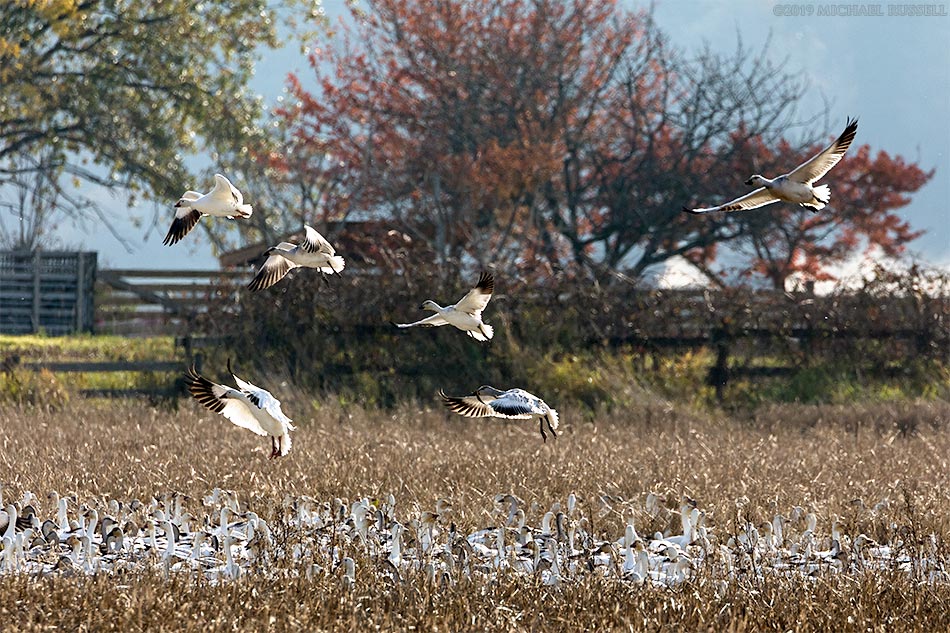 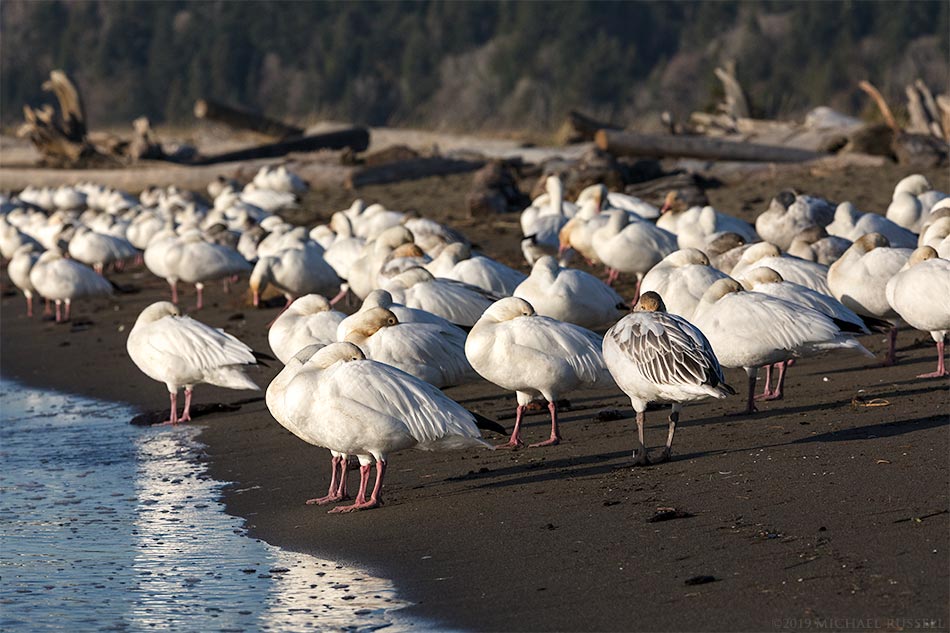 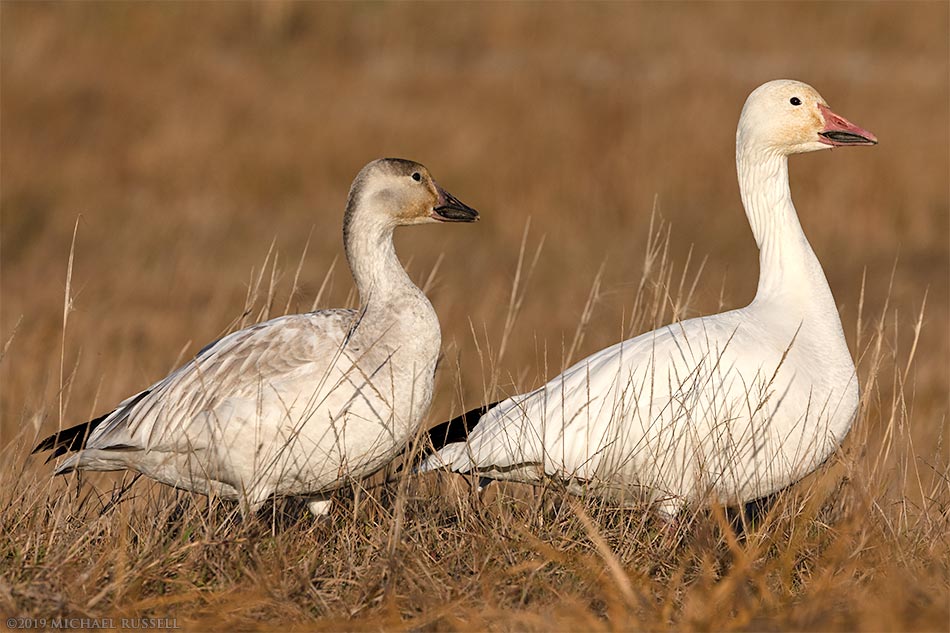 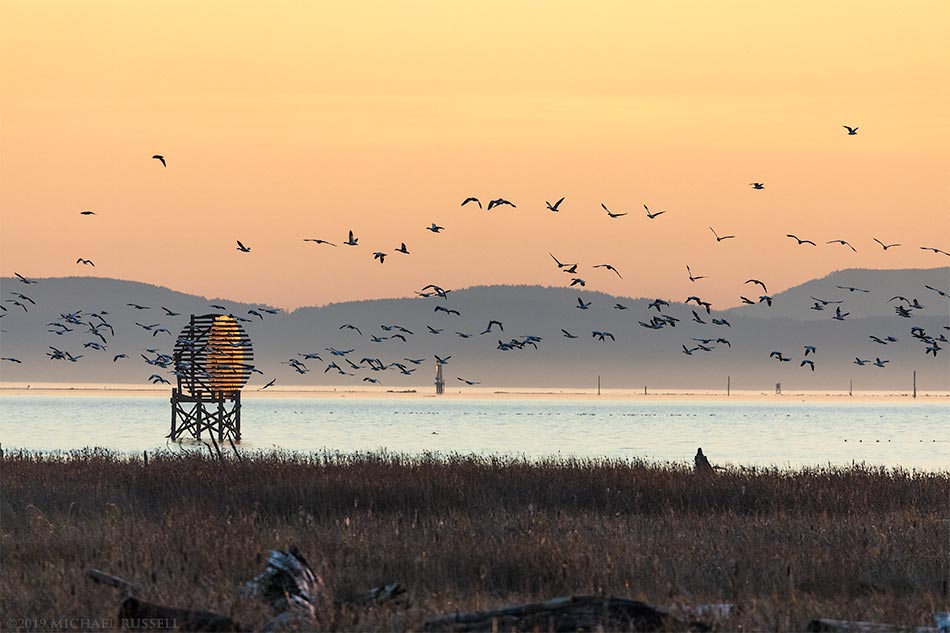 Back in mid February I went to the Boundary Bay Wildlife Management Area to photograph the Snowy Owls (Bubo scandiacus). The Snowy Owls are not normally in this location during Winter. This is an “irruption” year, where the Snowy Owls venture further south than they normally would. There are various opinions as to why this occurs, though most often I see it being related to food supply in the Arctic. As this happens only about once every 5-6 years I made sure I went down to take a look. I figured even if I could not photograph the Snowy Owls as they were too far out in the marsh I would be able to at least see them from afar. I was not disappointed.

The first photo here shows an Owl that was like many of the others sitting on the driftwood – it had to occasionally keep a wary eye on a passing hawk or Northern Harrier (Circus cyaneus). The Harriers especially seemed to like to dive bomb some of the Snowy Owls – though I don’t know if they ever make contact. One flew over the head of this owl and it kept an eye on it as it passed. The second photo shows one of the first signs of the Snowy Owls “waking up” from their earlier positions of just sitting on the logs with their eyes closed. There was lots of yawning, though I didn’t see it go through the group in any sort of contagious manner like it does in humans.

The last two images here show the Snowy Owls stretching and fluffing up their feathers in preparation for flight. I had seen a few other groups of Snowy Owls further down the trail do this, before they ultimately took off towards the marsh. I presume this was to go look for food, as they were not being harassed by photographers at the time. The group I was following did not take off during the day, so I will have to wait until the next irruption to get some flight photos. Of all the photos I made of this group of Snowy Owls, I do not think I ever had one where they were preening and fluffing up their feathers where all three were facing the same direction. This is part of the fun and challenge though. Two out of three ain’t bad!

I wrote in my last Snowy Owl post that I was easily able to photograph these Snowy Owls from the trail at Boundary Bay. The individual Owls pictured here were all within about 40-50 feet of the trail. I was going to make this post a bit more about the ethics of wildlife and landscape photography as I see it – but I think that is a topic that I need to mull over just a bit more and probably deserves its own post anyway. As I’ve said before though, I do not see trampling the marsh habitat or approaching the Snowy Owls and spooking them to be something anyone should be doing just to “get the shot”. On this day there were maybe a dozen plus “Big Lenses” wandering around in the marsh no doubt causing much damage – especially as a cumulative effect.

Here is a photo I made a few weeks ago while looking for Snowy Owls at Boundary Bay in Delta, British Columbia. The Owls were the exciting part of my trip there, but I also viewed a lot of other bird species that will have me going back soon to photograph them specifically. There are other owls, various hawks, Northern Harriers, Great Blue Herons etc. I didn’t expect to see a Northern Flicker here, but this one jumped up onto this stump just as I walked past on the trail. I was lucky enough that he sat there for a few minutes while I managed to make a decent photo before he spied something on the ground and jumped down again. I suspect he was popping up for a better vantage point because he heard me coming and wanted to make sure I wasn’t looking for a snack.

I used to ID bird species in my backyard when I was growing up – and at that time there was the Yellow Shafted Flicker, and the Red Shafted Flicker. Science has since determined these to be the same species, just different colour morphs, so they both fall under the category of Northern Flicker now. Confirming this gave me an excuse to read a paper in the Canadian Journal of Zoology related to this, something I don’t do as often as I used to. I kind of miss them. Much more fun reading them casually than having to write a paper on it all after!

A Snowy Owl (Bubo scandiacus) hops onto a piece of driftwood at Boundary Bay in Delta, British Columbia, Canada. 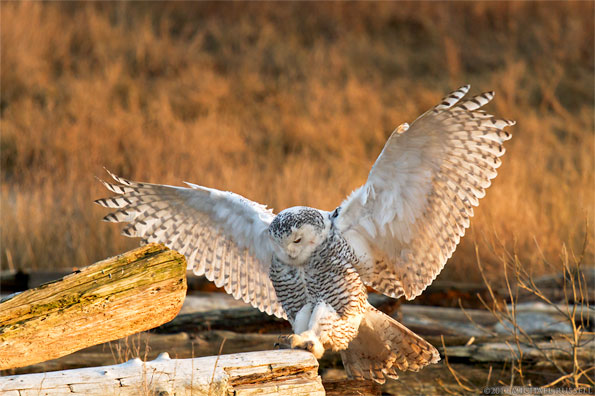 I will do a more thorough writeup of my trip yesterday to Boundary Bay, but for now I wanted to quickly share this image of a Snowy Owl (Bubo scandiacus). Of the over 600 photographs I made yesterday, this one stood out as one that showed the best action of the day. The Owls hunt sporadically, so there is a lot of sleep and relaxing in between. Sometimes they just sit there and barely open their eyes. This one started to warm up for the hunt and hopped around a little before taking off towards the water.

I should point out that I made this photograph from the path at Boundary Bay. Many photographers have behaved badly in this location in the last few months, a fact I will document and speak to in a later post. I was able to hang out for hours within 30-40 feet of a dozen Snowy Owls right next to the path, I have no idea why trampling the marsh and chasing the Owls is necessary for a good photograph. More about that later (and more Snowy Owl photos too!).