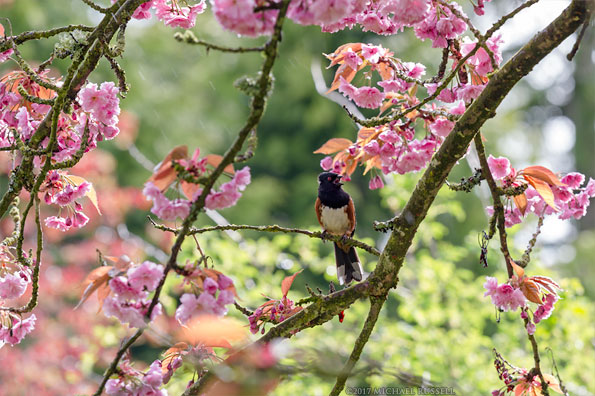 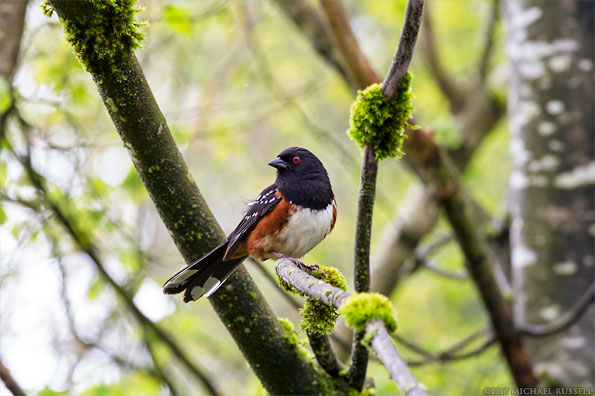 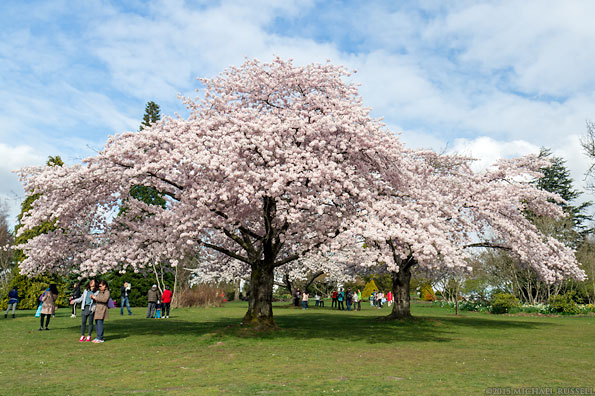 This is one of the hotspots for Vancouver cherry blossoms – Queen Elizabeth Park. I have been here in previous years to photograph these trees and the QE Park gardens, but this time there were crowds well beyond what I had experienced in the past. Seems I had forgotten that this was during spring break week, and there were a lot more people out viewing the cherry blossoms. There are many popular spots to view cherry blossoms in Vancouver during the Vancouver Cherry Blossom Festival but this spot and Stanley Park remain my favourites. I decided to embrace the reality of the crowds and made this and a few other photographs of the people enjoying the cherry blossom. Surprisingly, the rest of the gardens had very few people in them despite the abundant daffodils, magnolias, tulips, and other flowers.

You can view more of my garden photos in my Garden Photography Gallery in my Image Library. 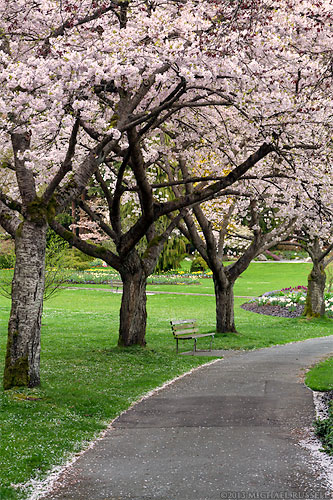 One of the first subjects I like to photograph in the Spring, in addition to wildflowers, are the Cherry trees in Vancouver. There are often a lot of flower bulbs also in bloom (tulips, daffodils etc) at the same time, so there are often great photo opportunities at that time of year. This past April I was in Vancouver’s Stanley Park and made some photographs of these Cherry trees blooming along the South Creek Trail (near the Rose Garden). I love photographing Stanley Park, once the sun starts go to down there are always other opportunities to photograph the Lions Gate Bridge or the downtown skyline.