Earlier this year I purchased the Canon EF 100-400mm f/4.5-5.6L IS II lens and I’ve been quite happy with the results. In this fairly non-technical review I’ll discuss some of my thought process while considering buying this lens, a few relevant specifications, and provide a few example photographs. 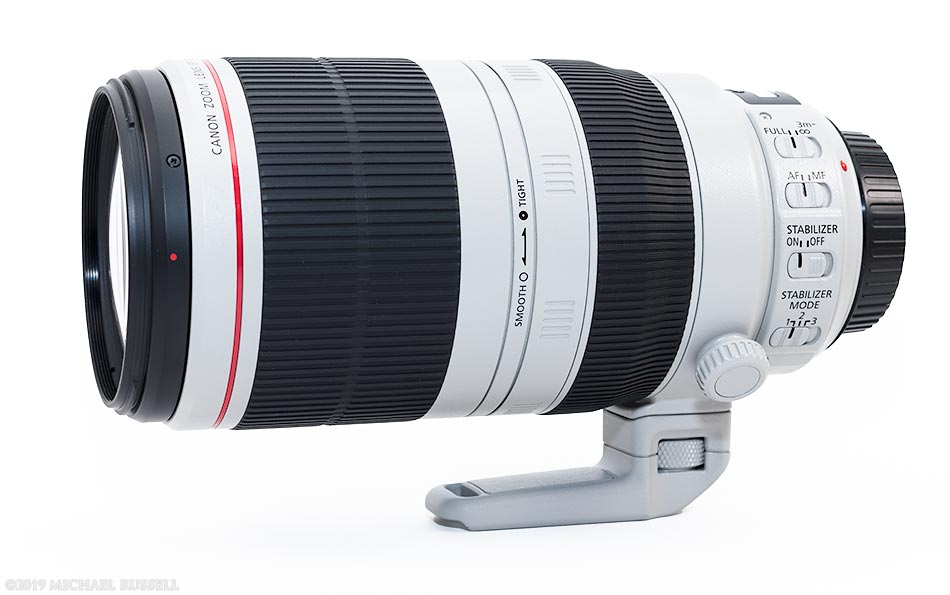 Why should I buy a long zoom lens?

Before I’ve purchased a new lenses I really try to determine what I am missing from my current lenses and balance that with the cost of filling that particular gap. For about 8 years I didn’t really have much need for anything new. This changed a few years ago when I upgraded to my first full frame camera, the Canon 5D Mark IV. The transition was expensive as I had to replace several EF-S mount lenses. After my upgrades I missed the “reach” given by the crop sensor on my old camera, and this made my 70-200mm seem a lot shorter than it had before.

While I assume most photographers purchase this lens for wildlife and perhaps sports related photography, I had to justify this expense by thinking about its application to landscapes. I’ve noticed in the past few years that more and more I’ve been choosing select details from a scene rather than shooting a wider view. Many locations give an opportunity to do both quite successfully, but without a longer lens sometimes those details just aren’t within reach. Likewise I’d like to shoot a bit more wildlife than I have which made this sort of lens appealing as well.

Having established a “need” in my photography for a longer focal length lens, I still waited quite some time before making the purchase. The cost of this lens is not insignificant at around $3000 CDN (I found one on sale for $2200). While editing a wildlife photograph this summer I decided to look at the price of the 100-400mm again and found that the lens was on sale for about $800 cheaper than regular price. I decided to finally fully research this lens and buy it soon as it was on sale. If new equipment isn’t an emergency then you can usually wait for a sale and get something at a discount – Canon seems to do these sales/rebates quite often. After research and a waiting period to make sure I really wanted to do this – I bought the lens one a week later. I then waited another 2 weeks for a new lens foot (not pictured above) to attach it to my RRS ballhead.

Some Specifications and Details

The Canon EF 100-400mm f/4.5-5.6L IS II is the second version of their 100-400mm lens. The first (released in 1998) was popular with photographers for many years, and had a push/pull mechanism for zooming. This initial version was replaced in late 2014 with version II which is the model I purchased. The mark II lens uses the more familiar rotating ring for zooming like most Canon lenses. Along with the lens Canon includes an ET-83D Lens hood (with small window for adjusting filters), the Canon LZ1326 Lens Case, and a built in tripod mount ring. I replaced the Canon lens foot with a Really Right Stuff LCF-54 foot which works well with my RRS ballhead without the need for a separate plate. The Canon foot easily unscrews from the base of the collar making replacement pretty simple. 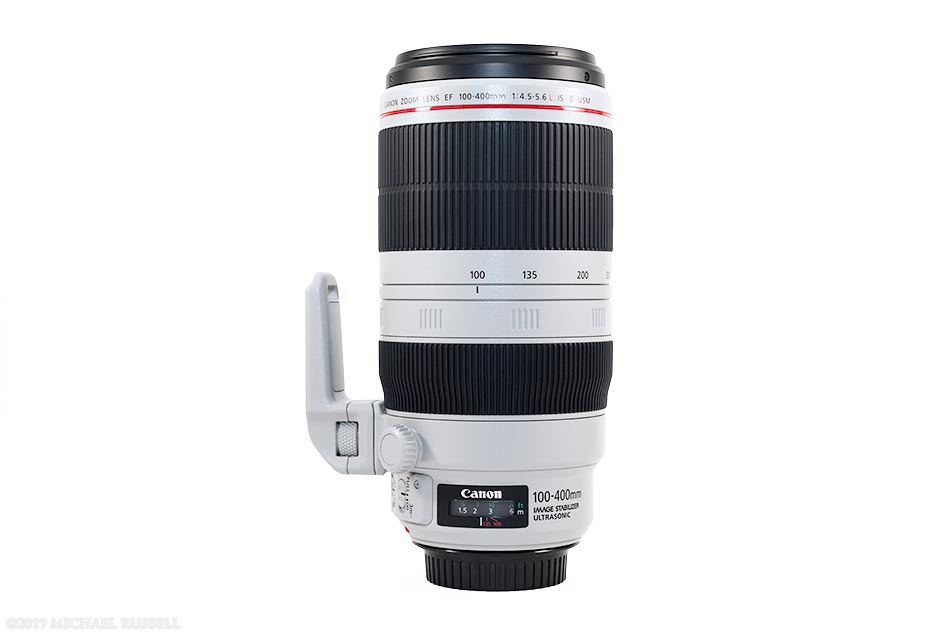 My first tests found the lens to be sharp through all focal lengths, and adding my 1.4X extender didn’t seem to change that noticeably. I’d previously had the Canon EF 1.4X Extender II (review) attached to my 70-200mm much of the time, and that has usually been the way I’ve used the 100-400mm too. I don’t find much (if any) image degradation with the extender, but the autofocus is apparently slower (this may not be as much of an issue with the newer mark III version of the extender). I rarely shoot needing to track a fast subject, so I have yet to see how it compares to the same setup with my 70-200mm, which worked great at an airshow tracking planes with the 5D IV even with the extender attached. By all reports the focus with the 100-400mm (without an extender) is also very fast. The main drawback using with the extender with this lens is that at 400mm I’m shooting at f/8, which is why the Cedar Waxing photo below is shot at 6400 ISO. The 4 stop IS did help a lot with this photograph as I was shooting handheld. Generally speaking I am shooting landscapes at apertures smaller than f/8 anyway, so this isn’t usually as much of a concern for most of my subjects. 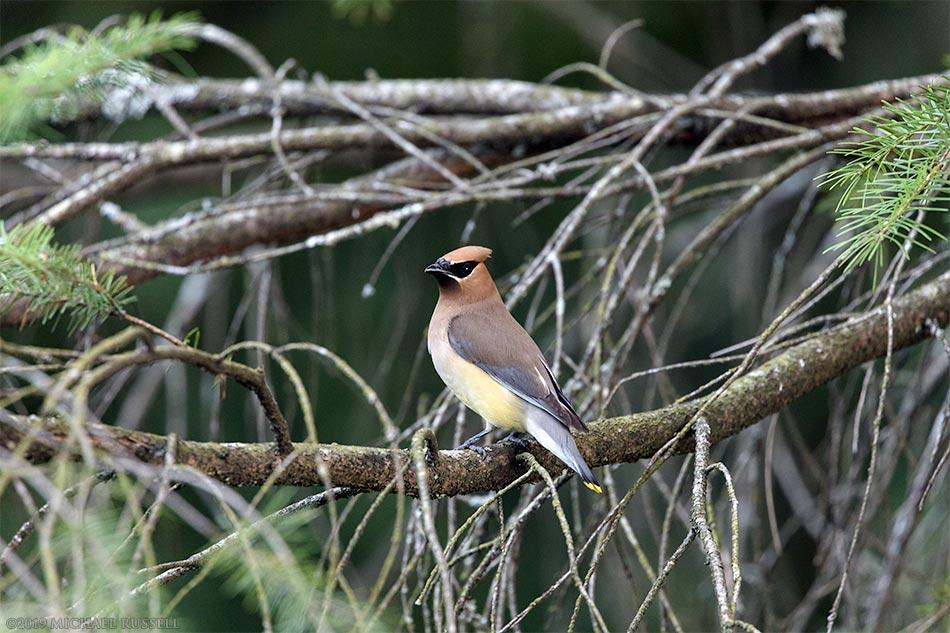 The 100-400mm weighs in at 1380g (48.7 oz) which is not insignificant when hand holding. The 70-200mm f/4 IS lens weighs 760g (26.8 oz). As a consequence, the addition of the 100-400mm to my bag has increased the weight, even when the 70-200mm doesn’t come along. That said, I have found walking around with the 100-400mm on my 5D IV to not be overly cumbersome or heavy. Generally I’m carrying lenses/cameras in the bag until I find a subject of interest. The extra capabilities of this lens more than make up for a bit of extra weight in my opinion. While I mostly use a tripod, I have made many photographs with this lens while hand holding. The 4 stop Image Stabilization system has worked very well so far for me when I have used it. Those shooting sports or wildlife subjects will no doubt be very happy with how the system works for them.

One unexpected characteristic of the Canon 100-400mm is a minimum focus distance of only 98cm (3.2 feet)! This lets me get 22cm (8.6 inches) closer than my 70-200mm would and gives a magnification of 0.31x. I am betting there are going to be many examples of wildflowers, mushrooms, and other subjects in the future that I can photograph “close ups” of when I wouldn’t have been able to approach them closely enough with other lenses. This was not a feature I’d researched ahead of time – I had simply presumed that the minimum focus distance would be much longer than a 70-200mm. So this was a nice surprise!

One of the first (non wildlife) subjects I photographed where this lens came in really handy was at Blackie Spit near Crescent Beach (Surrey, BC). This Blanketflower (Gaillardia aristata) was growing in a meadow well off of the trail. I wanted to pick it out from the rest of the scene, and the 100-400mm + 1.4x extender worked well for this. As I’m not going to trample a meadow for a photo, the longer lens allowed me to make this photo when I otherwise would not have been able to. The Blanketflower photograph was shot at an equivalent of 560mm (the full zoom capability of the 100-400mm and 1.4x together) and allowed me to get the photograph that I wanted. If I didn’t have the extender attached this still would have been a photo much more possible with the 100-400mm than without it. This sort of scenario was the main reason I was able to justify purchasing this lens. Wildlife photography is great, and I intend to do much more of it, but this kind of photograph will be much more frequent and important to me. 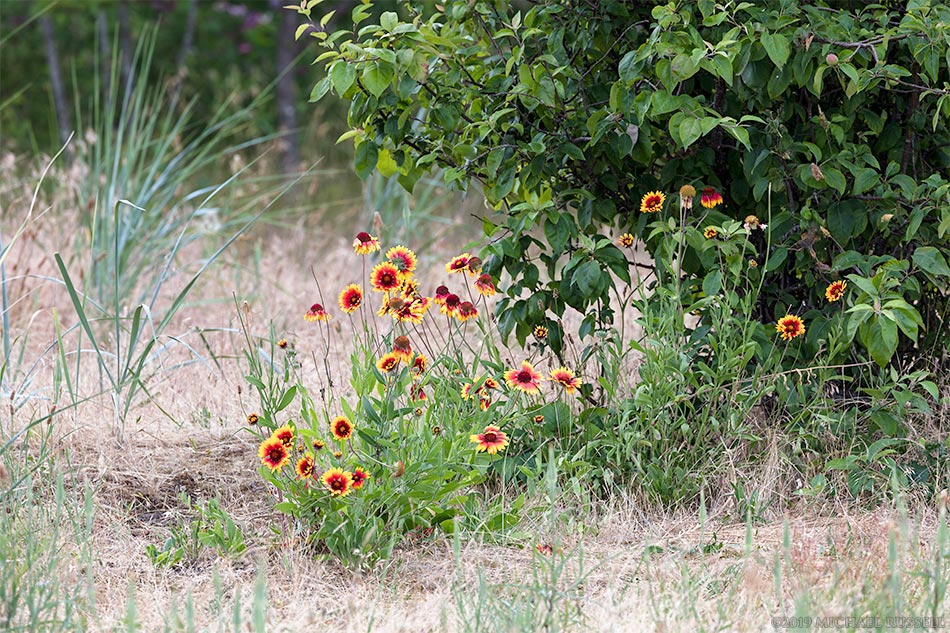 Summer is not a peak time for my photography but in testing and experimenting with this lens I did get out and found that it may be a good time to photograph wildlife in certain locations. The Blackie Spit part of Crescent Park is not a long trip to make and has some good opportunities in the evening. I photographed the Great Blue Heron (Ardea herodias) below while it looked for food in one of the marsh areas. I suspect I’ll be photographing more in the summer due to the wildlife capabilities this lens allows. 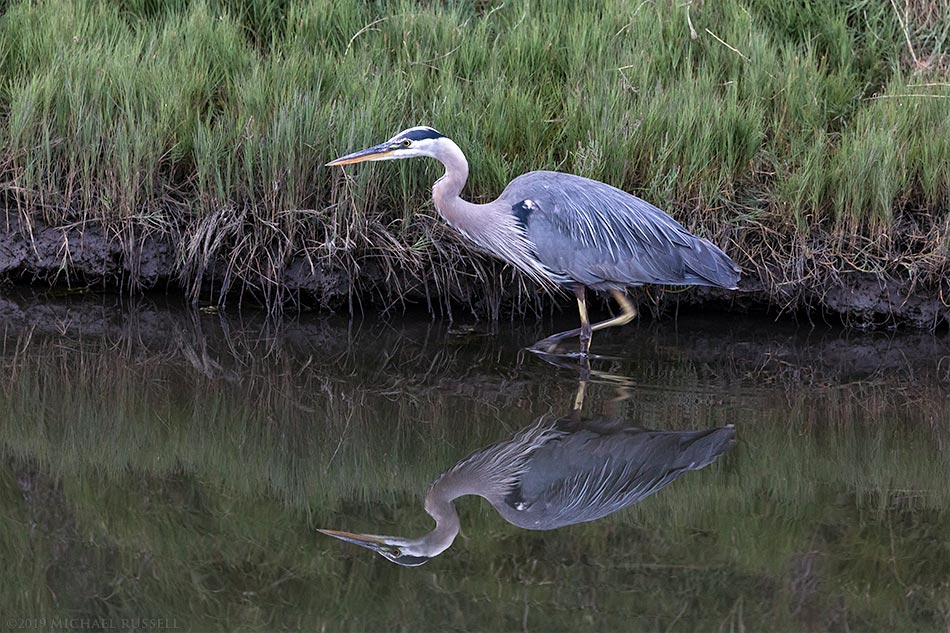 Also at Blackie Spit I made this photograph of a Song Sparrow (Melospiza melodia) while it sang in a bush along side the trail I was on. This photograph may have been possible with my old lens setup, but I would have had to approach the Sparrow’s location in order to do so. Maybe the Sparrow would be comfortable with that, maybe not. On that evening I didn’t have to move, however, as the bird landed near me and all I had to do was zoom in. 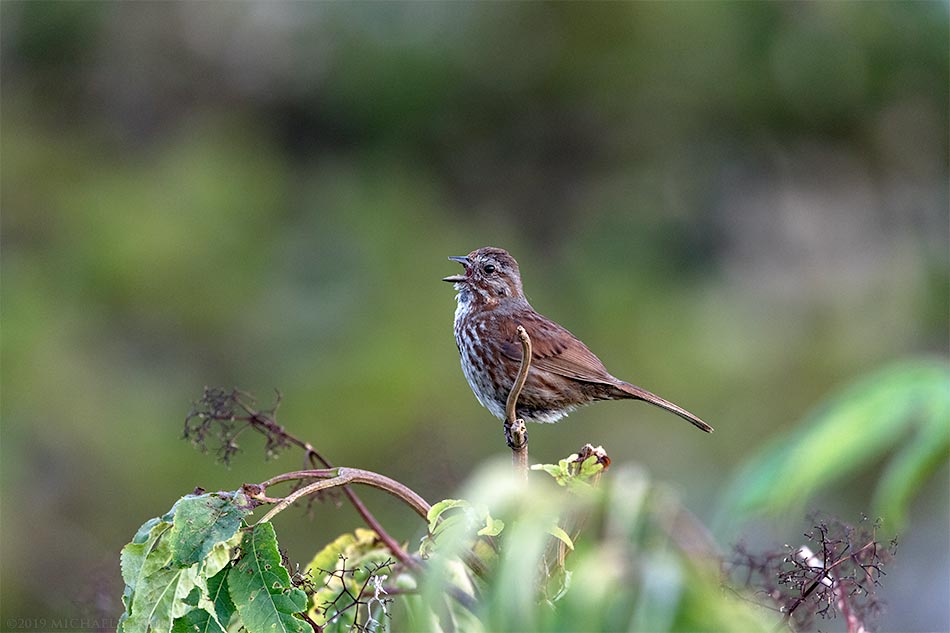 Despite the relatively significant cost (~$3000 CDN) I justified this lens purchase for the new photography opportunities that would be available and the high quality reported by those who already owned it. I’ve been able to make landscape and wildlife photographs that would not have been possible with my previous equipment. I’d would recommend the Canon EF 100-400mm f/4.5-5.6L IS II as a great lens to consider for photographers who want to shoot more wildlife/sports subjects or the smaller details found in landscape scenes.

I don’t do a lot of product reviews but here are two more that might be of interest: