In my previous post “Burnaby’s Deer Lake Park Part 1” I showed some photographs I made while walking around Deer Lake Park. On some of my repeated visits this fall I photographed the area on the northern edge of the park around the Shadbolt Centre for the Arts and the Burnaby Art Gallery. Ceperley House is the name of the mansion that has been home to the Burnaby Art Gallery since the late 1960’s. It is also often called Fairacres Mansion and has been a part of the Canadian Register of Historic Places since 1992. Ceperley House/Fairacres Mansion is a two and a half storey house in the British Arts and Crafts style. The building was built by Grace E. Dixon Ceperley (1863-1917) and Henry Tracy Ceperley (1850- 1929) in 1911. The City of Burnaby purchased the mansion 1966 and converted it into their first art gallery to celebrate Canada’s Centennial of Confederation. 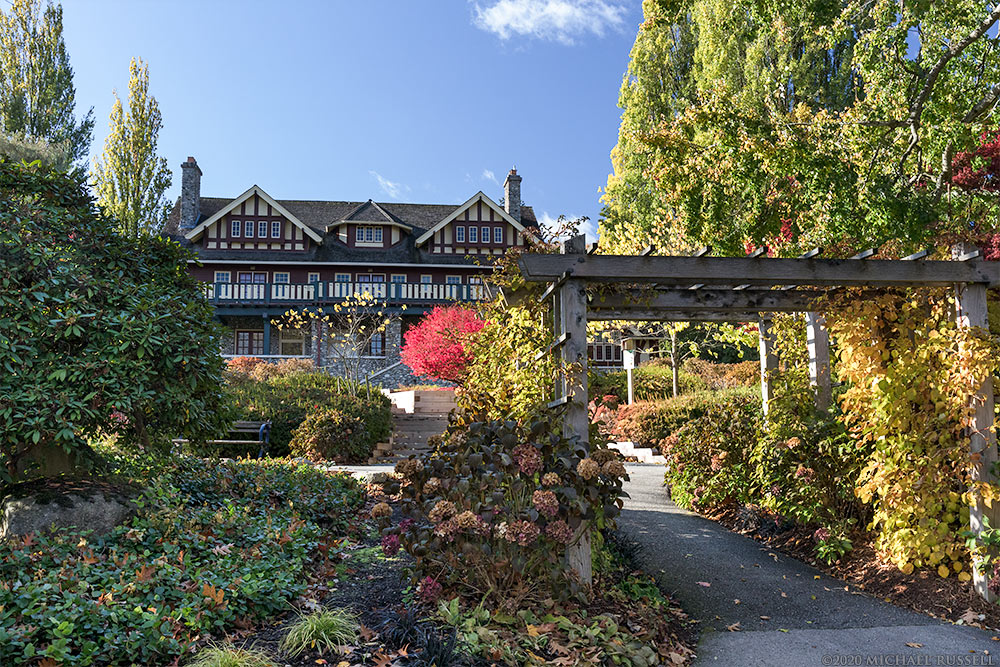 In 1967 Burnaby planted an extensive garden around the gallery called Century Gardens also in celebration of Canada’s Centennial. The photo above shows some of the gardens in late fall, with the plants in fall decline but with the Rhododendrons looking good year round. The Rhododendron is the city of Burnaby’s official flower, and there are a lot of them planted in Century Gardens as a result. 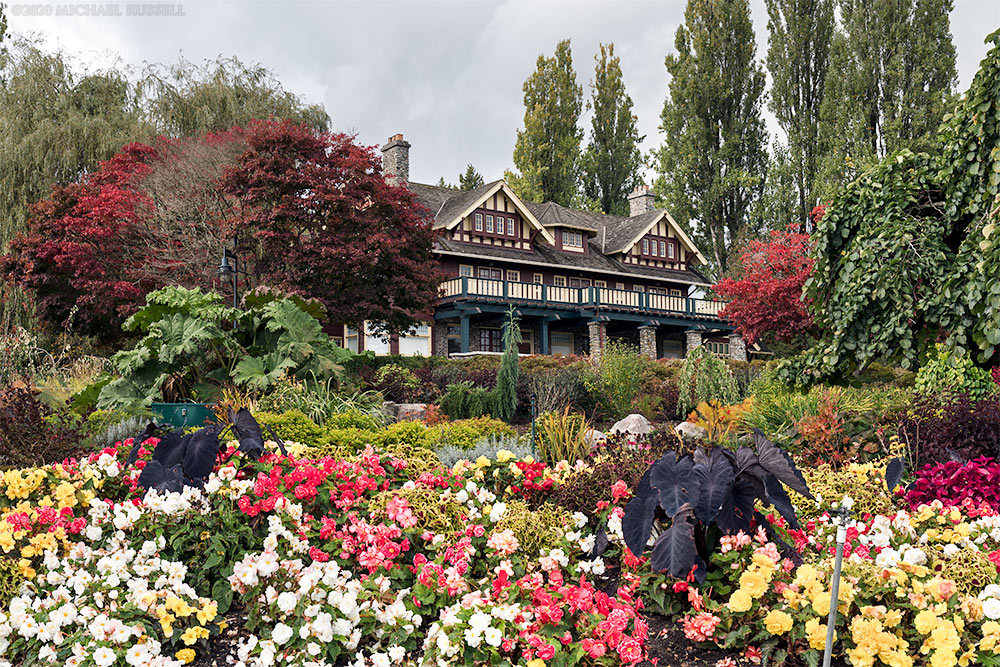 Century Gardens also is home to a lot of annuals that flower for just one season and are then removed. The first photograph and the one above show a large number of Begonias in the flower beds alongside the more permenant plants. On my second visit to the gardens this fall all of these had been removed by city crews. There are also a lot of Hydrangeas and Japanese Maples in the area. 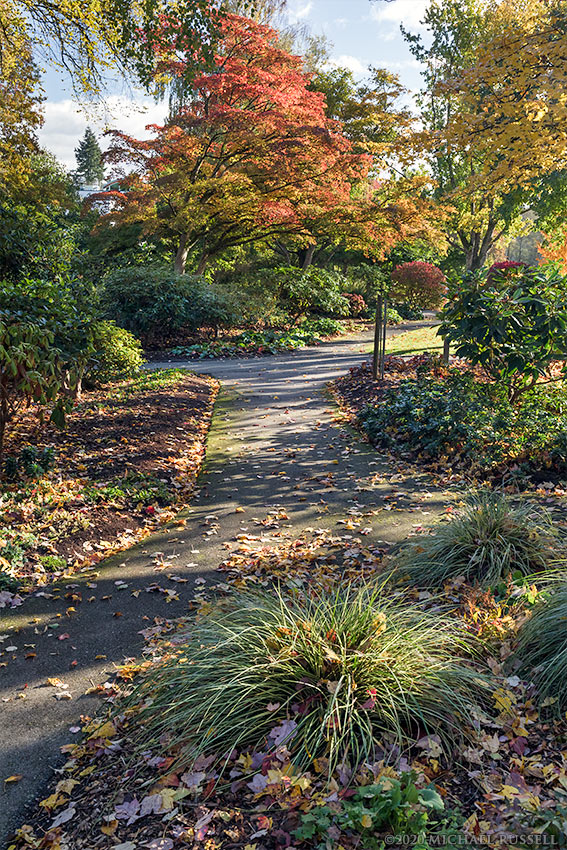 You can view more of my photos from the City of Burnaby in my Burnaby gallery.