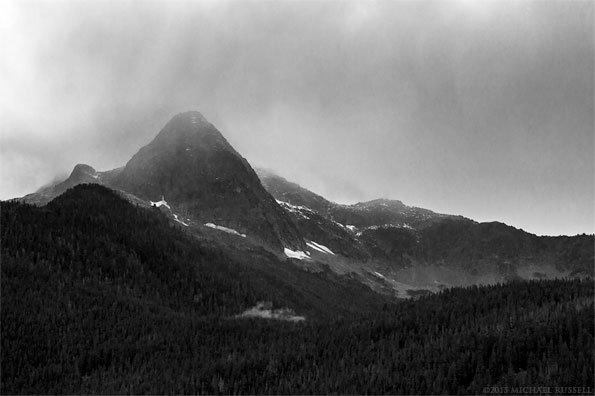 I made this photograph of Pyramid Peak in the North Cascade Mountains just before the storm clouds rolled over top towards my vantage point on the Diablo Lake Overlook. As is common in the mountains, I had anticipated a mostly clear day but nature had other plans. I find the color version of this photograph appealing, but I do think the black and white one above has better impact. What do you think? Do you prefer color or black and white version for this photograph?

Visit my North Cascades National Park Gallery for more photographs from this area of Washington State.

Mount Redoubt and Nodoubt Peak in the North Cascades (Purchase)

In early December I was at Chilliwack Lake Provincial Park looking for some good sunset light on Mount Redoubt. The colour materialized, but not for a long period of time and in a different way than I was expecting. I had previously photographed this mountain in January and February, and at a time when the good light would simultaneously hit Mount Redoubt and Nodoubt Peak (the peak on the right). This being December, I suspect the difference in the sun’s position is the reason the light was not on Nodoubt Peak at the same time as the main peak of Redoubt. I made some panorama exposures before sunset and thought this would be a good opportunity to convert some of my photographs to black and white.

The first image above (best viewed large) was made almost 20 minutes before the one below. I did not include Nodoubt Peak in the lower photograph as all the light had gone, and it just doesn’t have the same impact that way. This second photo is one that works in colour too I think, as there was nice light on the main peak of Mount Redoubt (click the link for the colour version). The first image has light on both peaks, but it was without the colours you see in the photo linked above.

I think my favourite feature of the top photograph, and to a lesser extent the lower one, is the snow blowing off of the peaks. This is called spindrift which was a new term to me. 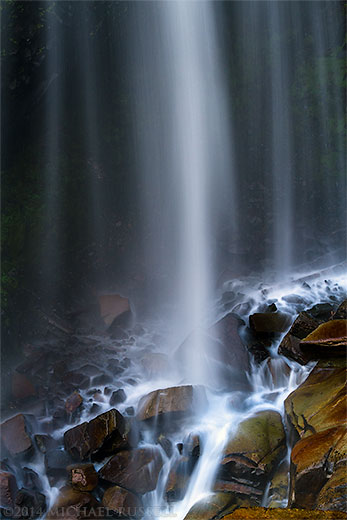 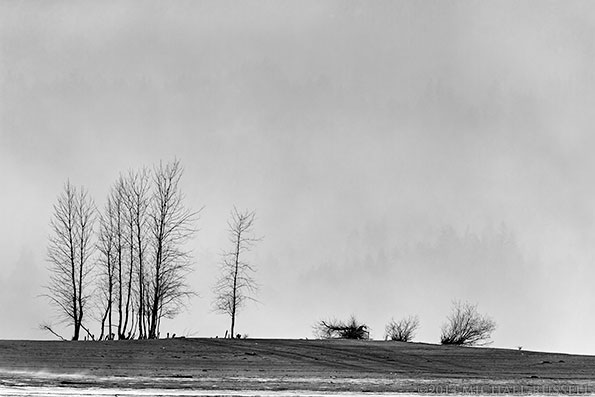 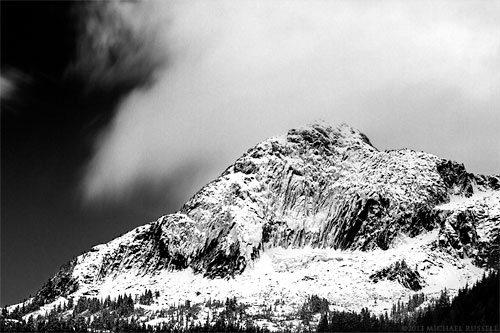