Fall flowers and the wishing well at the Air Force Garden of Remembrance in Stanley Park, Vancouver, British Columbia, Canada. 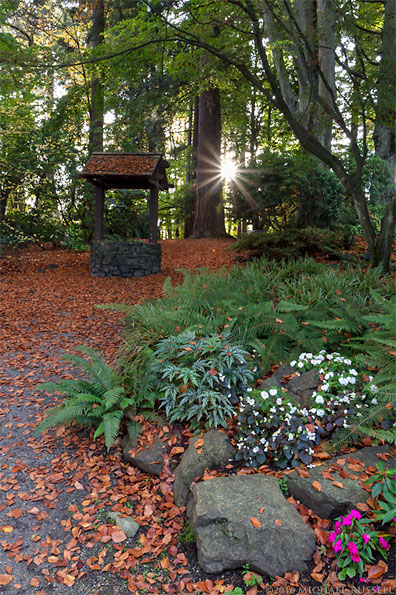 One of the many small areas in Vancouver’s Stanley Park that has been on my list to photograph is the Air Force Garden of Remembrance. This is a small area, located just west of the Stanley Park Dining Pavilion and contains a bench, a small garden, a waterfall and a pond. The garden was created in 1948 to commemorate the Air Force personnel who died in World War II. I had previously photographed this in the fall fo 2013, but came back hoping for some nicer leaf colours and a few more of the flowers still around – and I picked the right time this year. The pond’s waterfall was dry, however – likely due to our historic dry summer months in 2015. 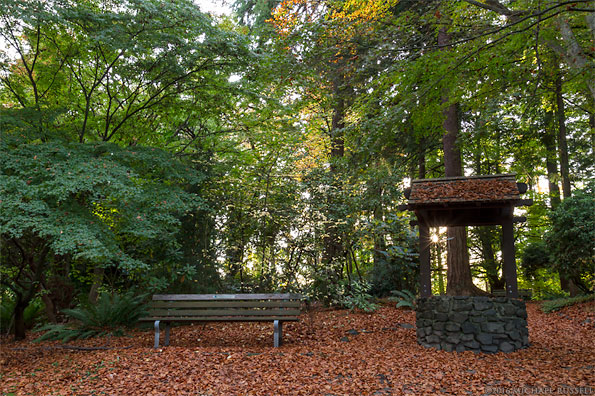 Wishing Well at the Air Force Garden of Remembrance (Purchase)

I haven’t tried the starburst/sunburst trick before. It can be a bit of a gimmick in my opinion – you’ll see some photo galleries with the majority of shots with a sunburst in them. Here the sun was right in the way, and I either embraced it in my composition or tried to block it with tree trunks or foliage. Setting the aperture to f/16 and f/18 allowed this effect to work in these photographs. I like the results, but I will probably only use this technique when the sun is getting in the way.

The photograph below isn’t from the Air Force Garden of Remembrance, but is actually just above the Stanley Park Rose Garden. I liked the way the Douglas Fir trunks lined up, though this certainly doesn’t show a natural forest setting. 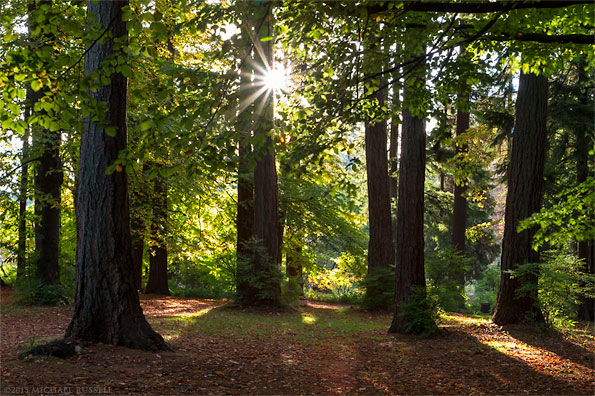