I thought I’d share another batch of photographs here that don’t have enough of a story involved justify their own blog post. 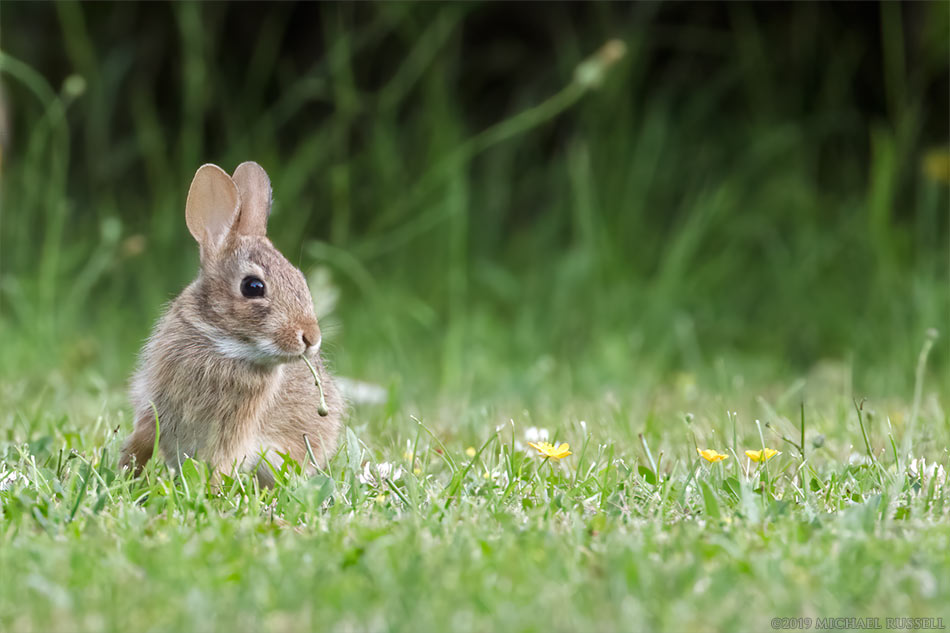 I was testing out a new zoom lens in the backyard and had seen this baby Eastern Cottontail eating Hawkesbeard stems on the lawn. I sat down and waited for it to come back which it did after a few minutes. This was a rather small rabbit – the adults can be approximately 44 cm (17 in) long, but this little one was only about 15 cm (6 in)!

Blackie Spit Park (Surrey, BC) is a favourite photography location of mine, and now that I’ll be occasionally photographing more birds I suspect I’ll be there even more. In July I photographed this Heron wading in one of the small canals in the park while searching for small fish and invertebrates. It was looking around a lot, so I was able to make photos of it facing both ways. I also made the photo below with a longer exposure, to try to get it looking both ways at once. I didn’t expect it to work out quite this well, but I like the result. I was also unable to really come to a conclusion as to whether I liked the Heron facing right or left, so I ultimately just published all three photos. 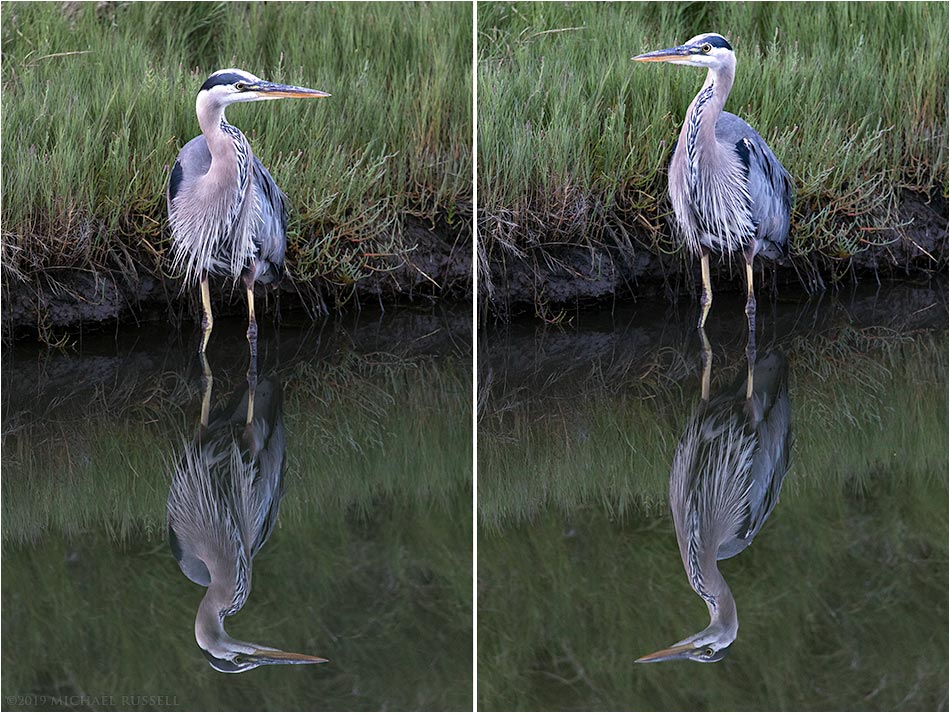 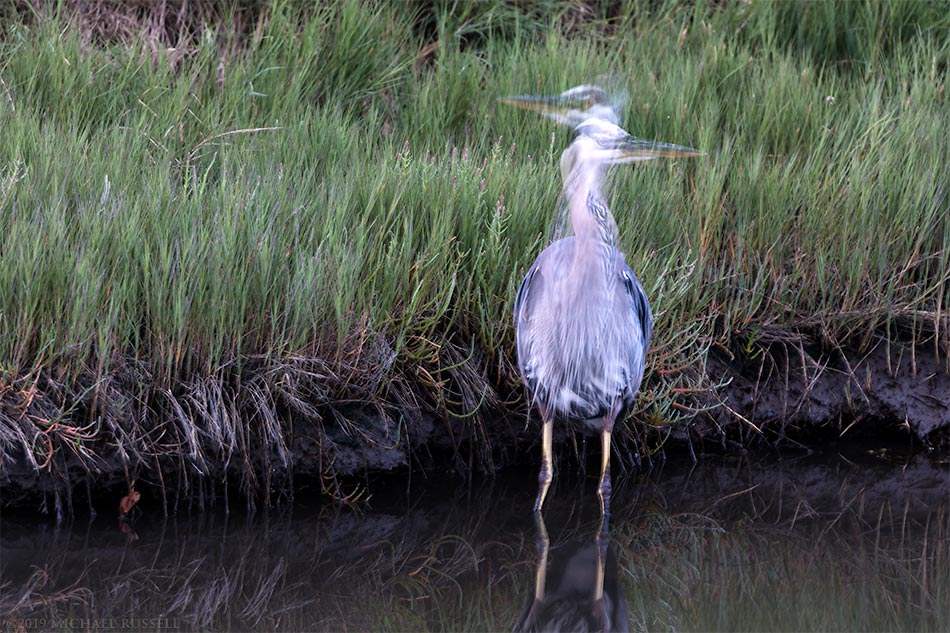 Look both ways before you cross the marsh (Purchase)

I also photographed this decorated rock sitting atop a fence post at Blackie Spit. I take it this sort of thing is not rare in the area, but it was the first time I’d seen one. The large yellow flowers next to the post are Fernleaf Yarrow (Achillea filipendulina). 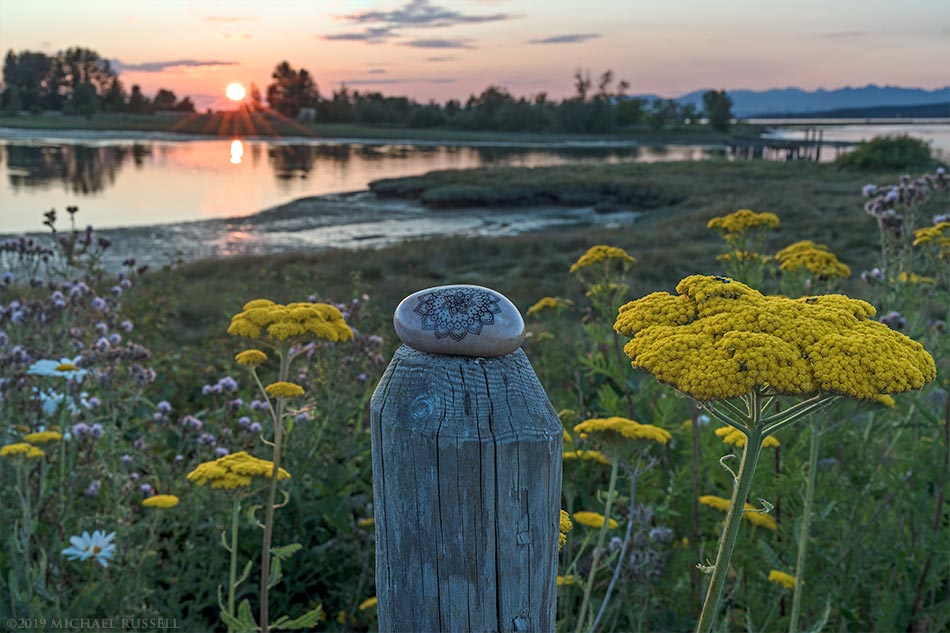 Also at Blackie Spit I photographed this Hawksbeard (Crepis sp.) plant with some seed heads on it that were nicely backlit by late day sunlight. I’ve photographed a number of interesting small plant scenes in this particular meadow – which you can find in my Surrey gallery. 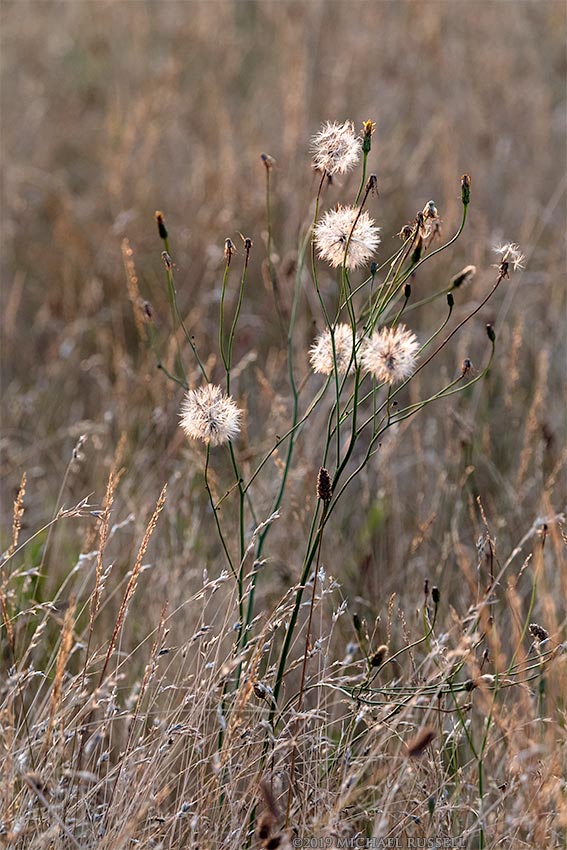 I’ve photographed these pond lily (Nymphaeacea) plants in the backyard before, but this time I was attracted to the reflection from this particular flower. I like finding subjects that are only a few steps from the back door! 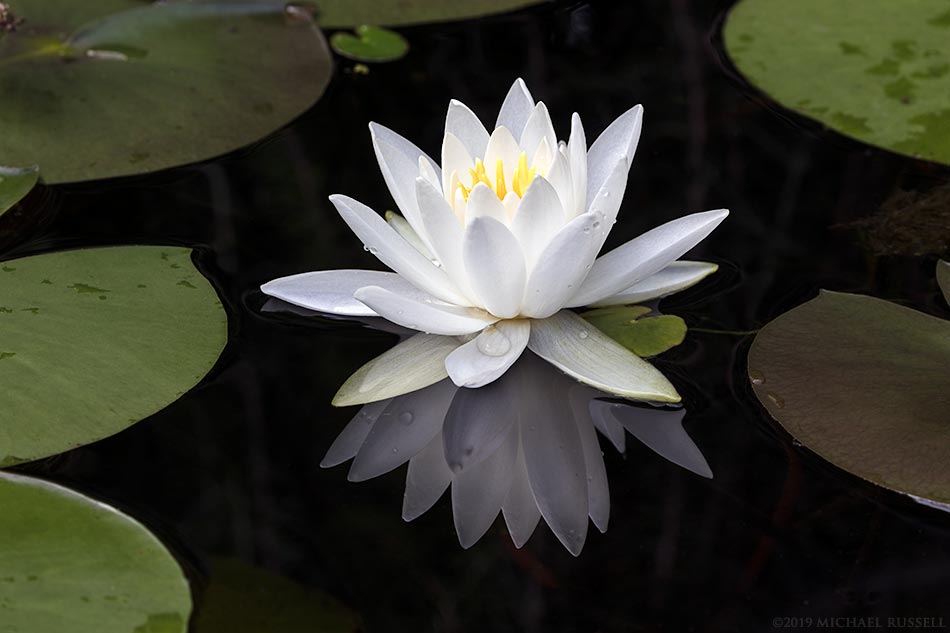 More of my newer images can be found in my New Images Gallery.