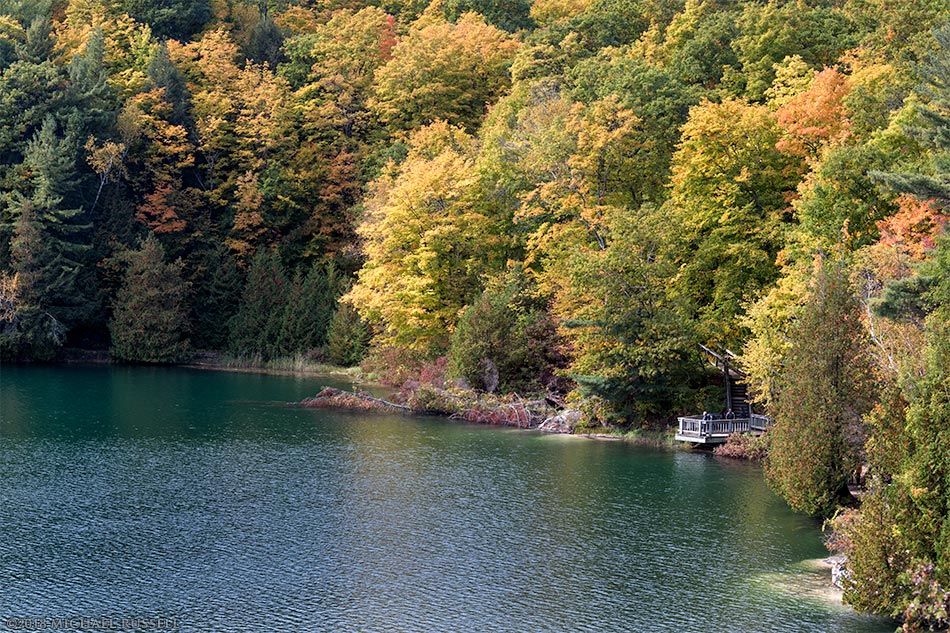 Much of my trip to Gatineau Park in October was photographed a short distance from the roads or parking lots (due to time available). For Pink Lake (Lac Pink), however, we walked the short loop trail around the lake. I’d seen Pink Lake advertised as a great place for fall foliage but this year it was just getting started in early October. The Pink Lake Loop Trail isn’t that long, maybe 2.5km, but there are some up and down stair sections that can make it feel a bit longer! The first photograph above is looking down from probably the most popular viewpoint and shows one of the many wooden viewing platforms on the loop trail. These are present in part to keep the lake relatively uncontaminated (they are made from heat treated, not chemically treated, pine) and to minimize the erosion along the shoreline – two things that damage the lake. There are a lot of phosphates in the rock surrounding the lake, and their leeching into the water creates algae blooms which deplete oxygen and also indicates the lake is aging prematurely. 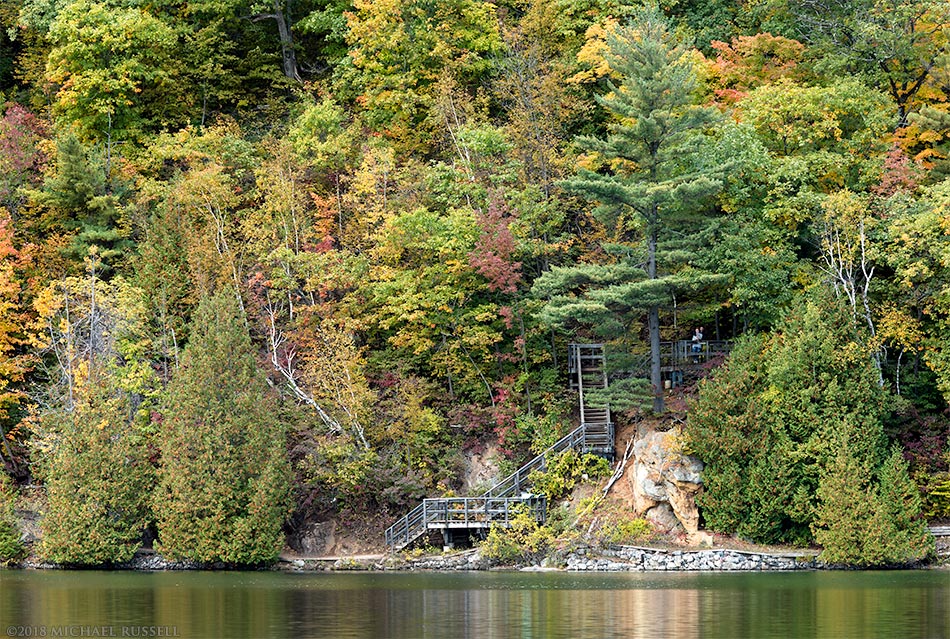 I probably learned about this term years ago in Limnology class, but Pink Lake is a “meromictic lake” – an interesting feature I didn’t really know prior to arriving. Normally, lakes undergo something called turnover which is a mixing of lake water which equalizes temperatures. Wind causes this in most lakes, with the various temperature layers that form in various season then mixing. Another benefit to this is the mixing of nutrients from deeper water to the surface, and the distribution of oxygen to various depths as well. In a meromictic lake such as Pink Lake, however, this turnover mixing does not occur. Due to the cliffs surrounding the lake, the winds are never strong enough at the lake’s surface to cause the lake to turnover. Consequently, there are a lot of heavier suspended particles in the deep parts (15-20m) of the lake, which also cause a resistant to mixing. The deeper water of Pink Lake (below 13m) has not been in contact with the surface air for 10,000 years, and contains no oxygen! 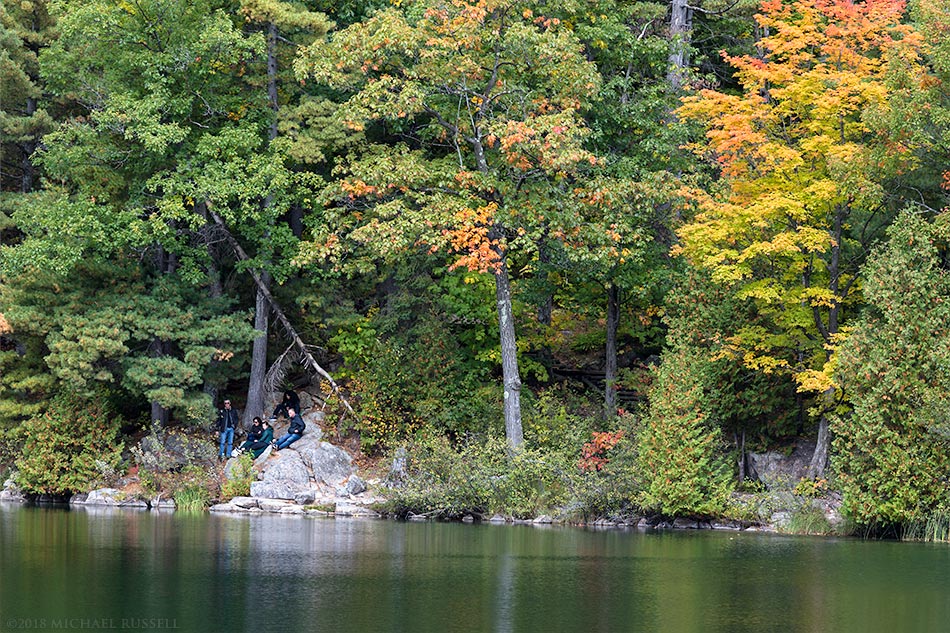 The other interesting feature to be discovered here was the amount of mica in the rocks on the loop trail. Everything had a bit of a sparkle in the sunlight! On the north side of the lake there are the remains of at least two shafts leading to the Pink Lake Mica Mine which closed for good in 1946. The hikers relaxing along the water’s edge here (likely a bad thing for the lake, actually) are near the old mine shafts and probably saw a lot mica in the rocks there.

For more photographs from Pink Lake and nearby locations visit my Gatineau Park Gallery.