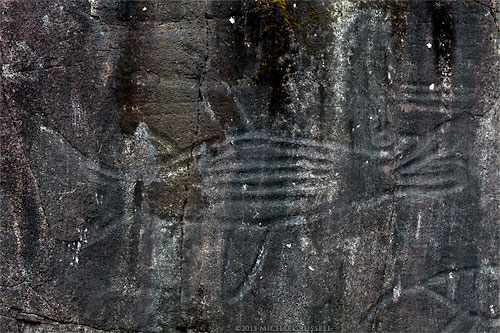 These petroglyphs were the first I’d ever seen on Vancouver Island during my trip this spring. Not much is known about these apparently, though as whole they are called “K’ak’awin” by the Hupacasath First Nations people. Not always clear what sort of creatures some of these were depicting, but they were very interesting to look at.

I photographed one other petroglyph in Port Alberni – this one looks a bit like a sea turtle to me.