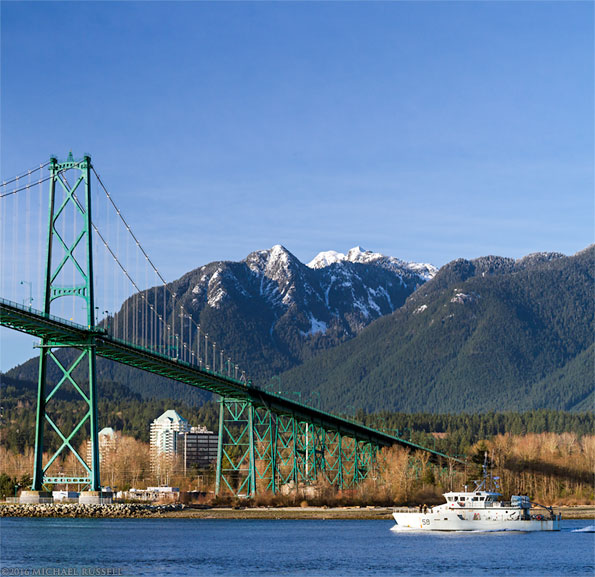 I had been walking along the Stanley Park Seawall in Vancouver’s Stanley Park to photograph the view of the snow on the Northshore Mountains with the Lions Gate Bridge. All sorts of interesting vessels pass under this bridge, from rowboats to giant cruise ships. This particular ship is the PCT Renard 58 which is an Orca class steel-hulled Royal Canadian Navy training vessel. PCT stands for “Patrol Craft Training” and the 8 Orca class PCT ships are based in CFB Esquimalt on Vancouver Island. I did make a photograph consisting of just the Northshore Mountains and the Lions Gate Bridge but I thought I would share this photograph as it has a bit more of a story. The peaks you see in the background are Beauty Peak, Crown Mountain, and Grouse Mountain (L to R).