Another post with a mix of recent photographs of various subjects:

I’ve driven past this restored “hip roofed” barn in Langley, BC for years. I decided to photograph it this spring when there was a nice bloom of Buttercups in the field nearby. Naturally we had a few immediate downpours and windy days but happily the Buttercups were still intact and upright when I drove here one evening. A nice scene in the snow as well, which is also on my list. 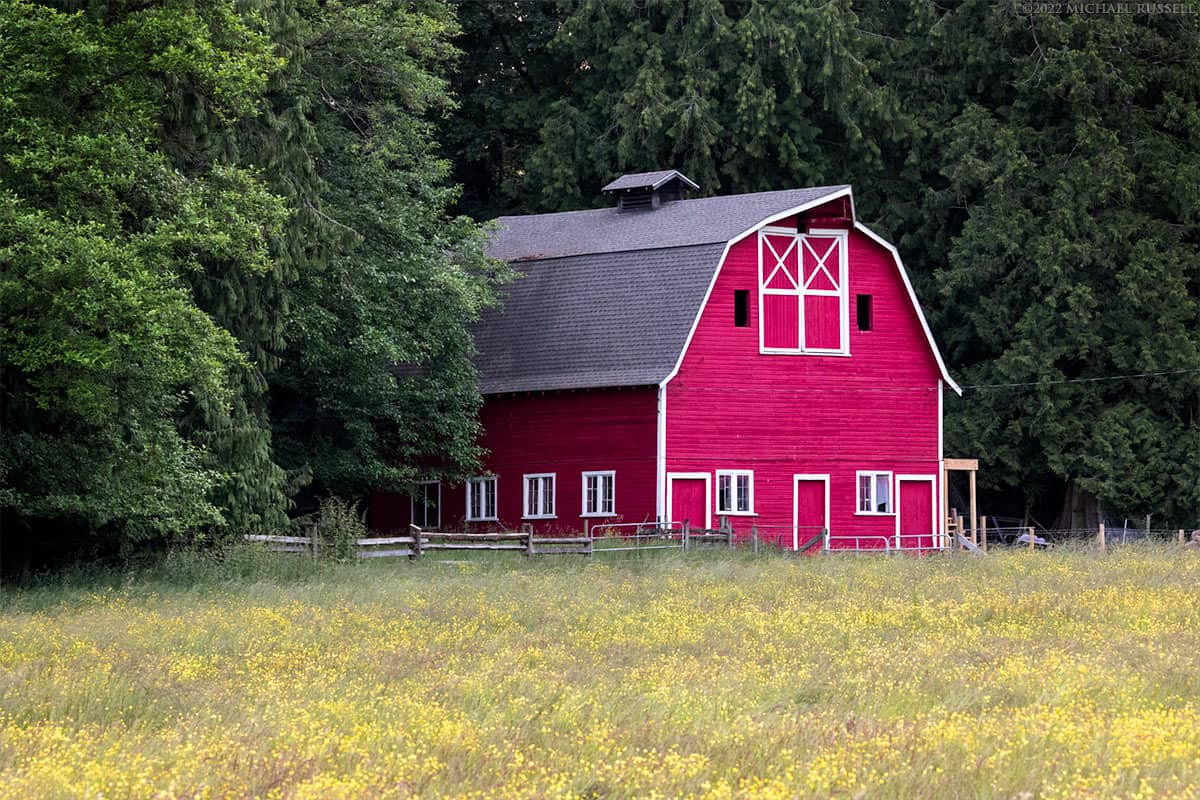 Buttercups blooming in front of a Langley Barn (Purchase)

Dragonflies aren’t my usual subject when I visit Golden Ears Provincial Park! I had not visited the park in a while, and so I did my usual hike up to Lower Falls, and then out to North Beach. I had never really visited on a warm summer day before, and the amount of people at North Beach was significant. I did find a quiet place to relax for a while, but didn’t make any photos of note at either location. This was my first trip during the need for parking reservations, which I’d made for the lower falls parking lot. Imagine my surprise when there was nowhere to park, as they don’t actually check this stuff! This was early in the summer, so hopefully they worked out a better system (like actually checking passes on the way in) as the summer progressed. On the way out of the park I visited the Spirea Nature Trail which is one of those really short trails around something educationally interesting (a bog/marsh area in this case) with informative signs. A number of different Dragonfly species caught my eye near the ponds, and I photographed this one resting on a Cedar branch. I’ll (very) tentatively identify it as a Spiny Baskettail (Epitheca spinigera) but I am not certain of that. Any Dragonfly experts wish to correct my ID? 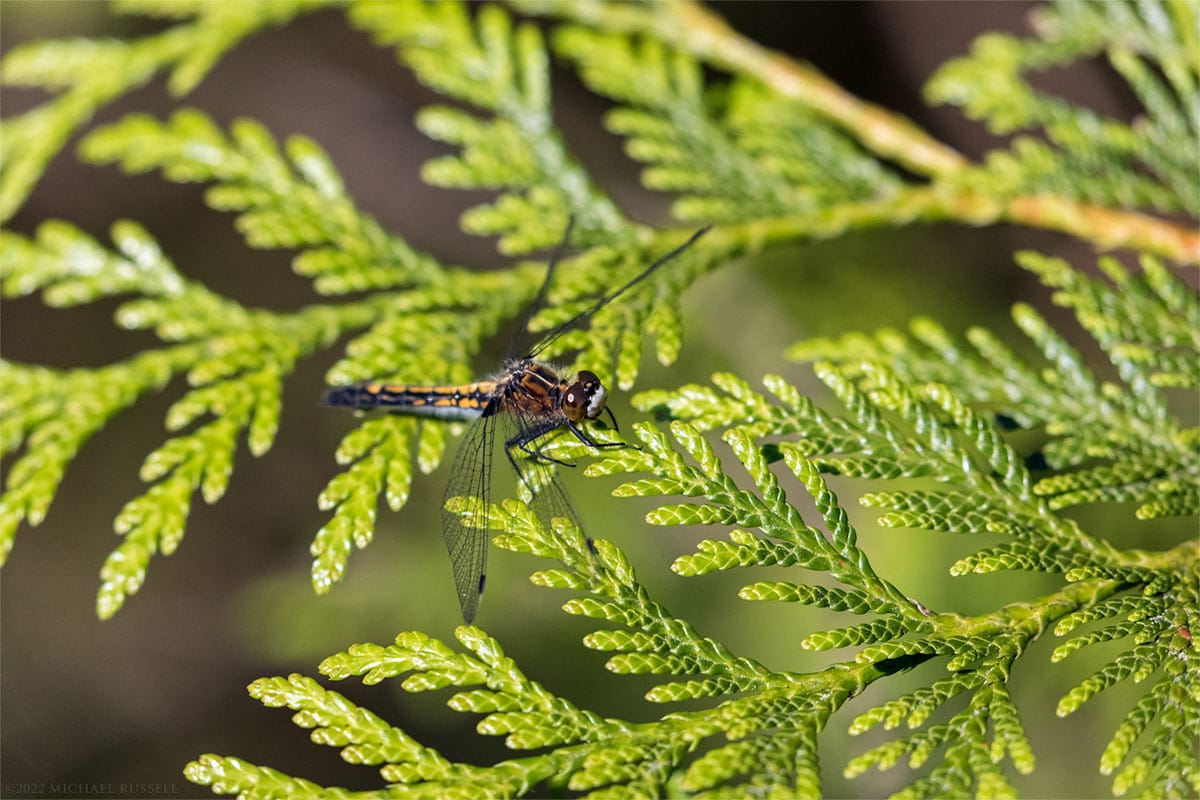 I photographed this fledgling American Robin in the backyard in between feedings from its parents. Some bird babies look rather cute. Robin babies tend to look like this one, a bit angry, a bit confused, a bit sullen teenager. I might feel the same if someone kept stuffing worms into my mouth all day, actually. 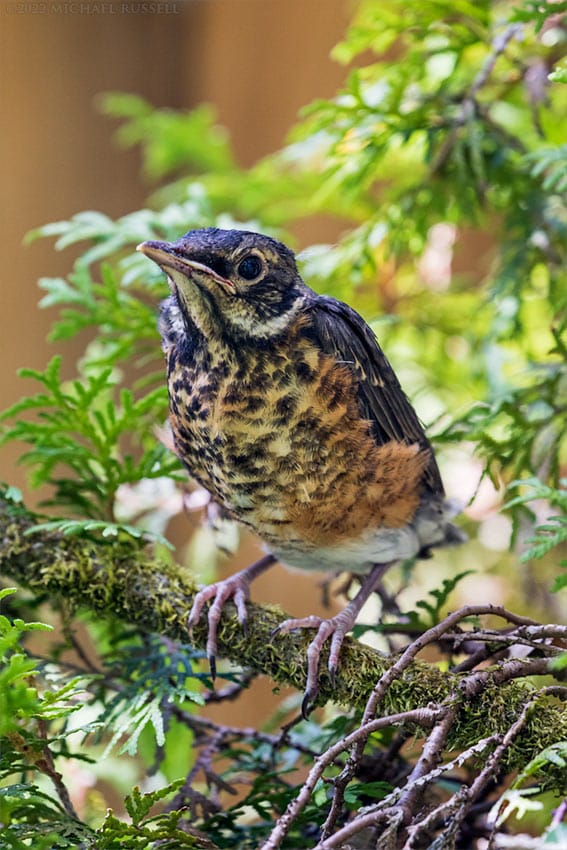 We don’t often think of Bigleaf Maples (Acer macrophyllum) as having flowers in the spring, but that is what these are, hanging just below some emerging leaves. Early in the spring these look like young leaves from a distance and aren’t bright and colourful like some flowering trees (Magnolias, for example). I made a photograph earlier this year on Salt Spring Island that also showed the Maple flowers which were the only foliage visible on any of the large deciduous trees in the area. While the Maple flowers aren’t colourful, I have seen the bees enjoying them quite often. I photographed the flowers below at Campbell Valley Regional Park in Langley, BC.

I photographed this Soapwort (Saponaria officinalis) flower in bloom in my Mom’s backyard. This flower is a bit atypical as the majority of Soapwort flowers are found in large clusters at the top of the stalk, though this one is by itself, part way down. Soapwort is a perennial herb grown in many herb gardens and is used to make detergent and soaps, as well as an ornamental plant. The saponins in the roots and leaves of Soapwort create bubbles when agitated in water. Soapwort is also known as common soapwort, bouncing-bet, crow soap, wild sweet William, and Soapweed. 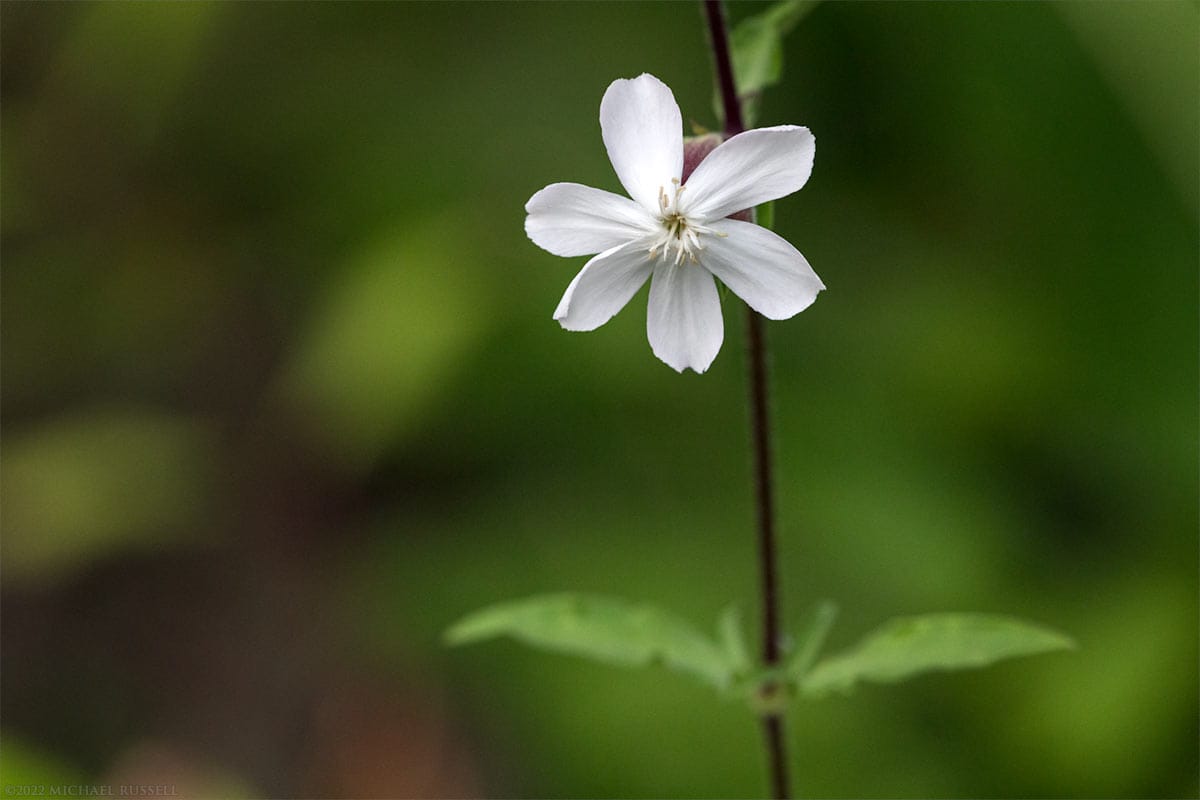 For more of my newer images visit my New Images Gallery.