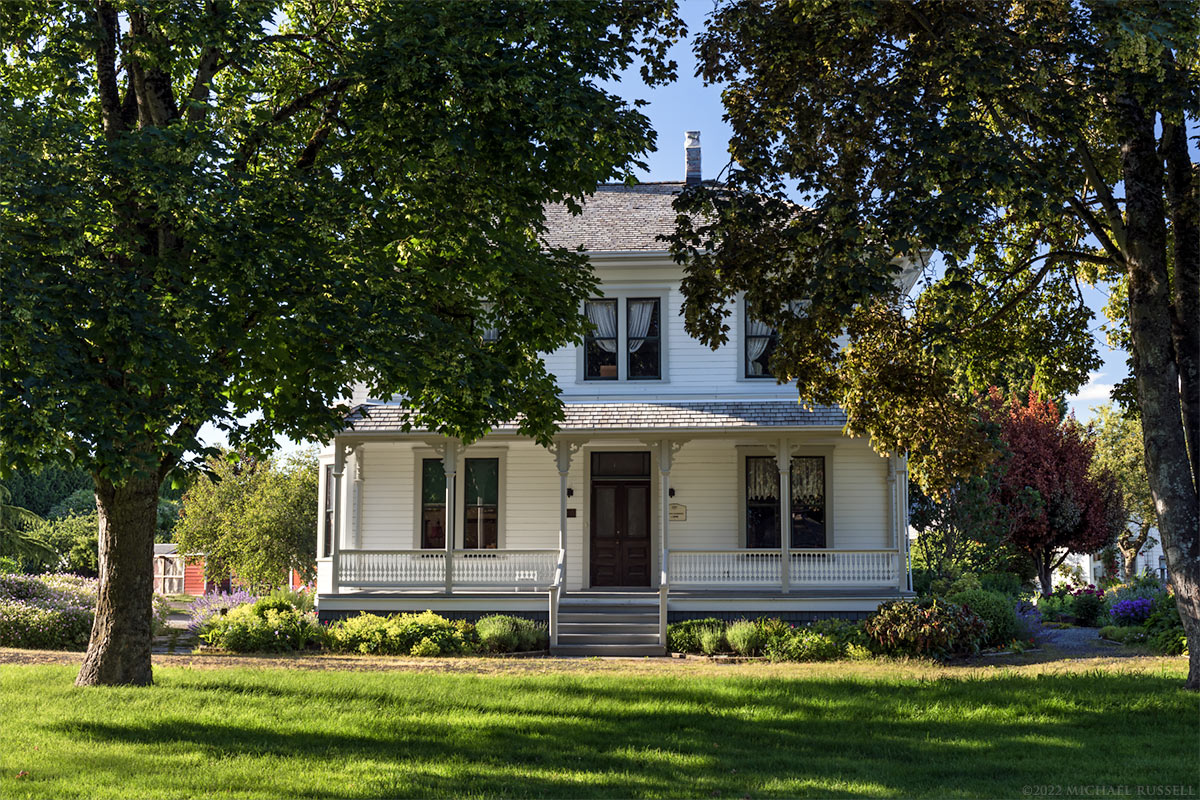 On the first full day of Summer in 2022 I found myself in Richmond, BC after a quick visit with Peter West Carey at Garry Point Park. It was a bit early for good light at Garry Point, and so I did what I usually do in such situations, drive around and explore. I first came across Finn Slough which I had never photographed before. I’d heard of London Heritage Farm, but only had a vague idea of its location. When I drove past just by luck I stopped for a visit. I do like heritage buildings, especially on farms.

The London Farmhouse was completed in 1898 by Charles Edwin London. In 1921 London’s eldest daughter, Lucy, purchased the farm and owned it until 1948. The farm primarily produced milk and various produce items. The city of Richmond purchased the London Farmhouse and land in 1978 before converting the site to a park and heritage site. The London Farmhouse has been fully restored with furnishings and other items from that era of farming and living in Richmond. The photograph above shows the front door of the London Farmhouse as seen from the Gazebo in the nearby picnic area. The grounds around the house also contain gardens and a restored barn with a display of old farm equipment. 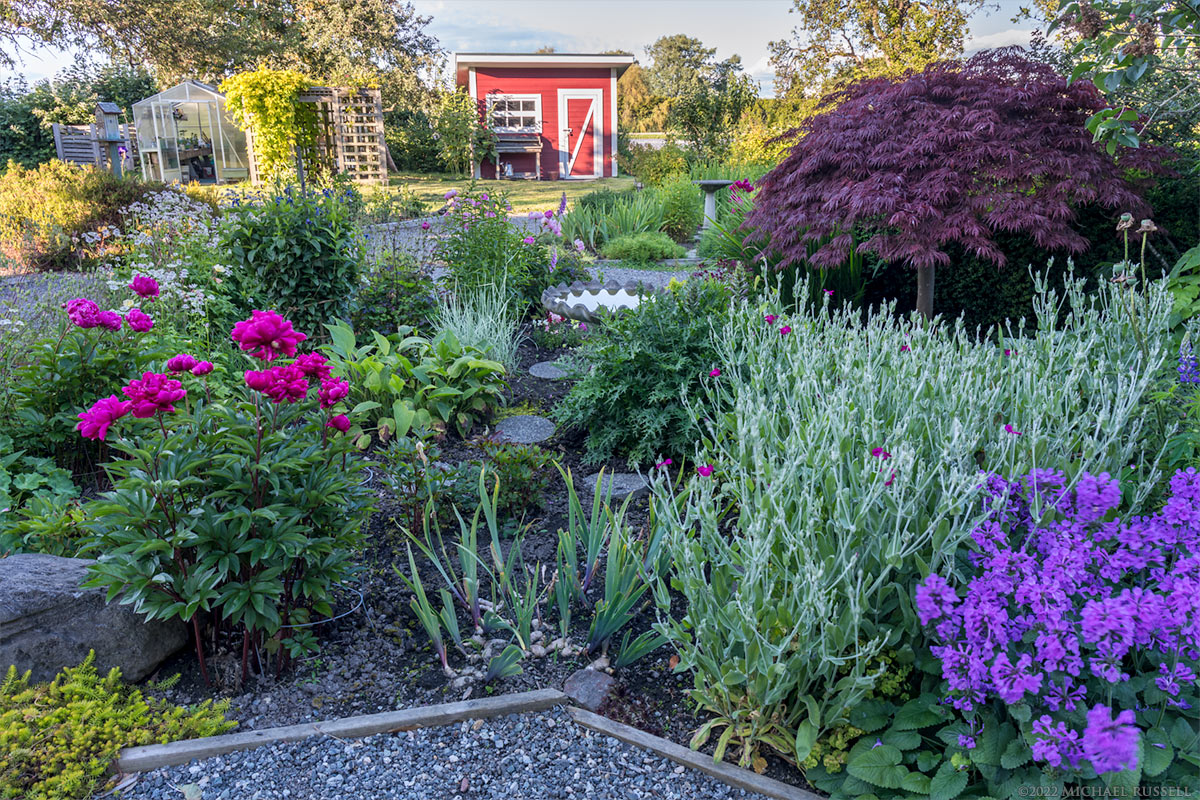 Walking to the east side of the farmhouse, there is an old style English garden with many flowers in bloom (in June, at least). The photo above shows Peonies in full bloom, as well as some other plants including Pinks, Iris, Astrantia, and a Japanese Maple. I also noticed Lady’s Mantle, Foxglove, Calla Lilies, Iris, Snapdragons, and Roses in bloom at the gardens. In the background of the above photo is a small garden shed which holds tools that the volunteers use in the gardens and a small greenhouse. 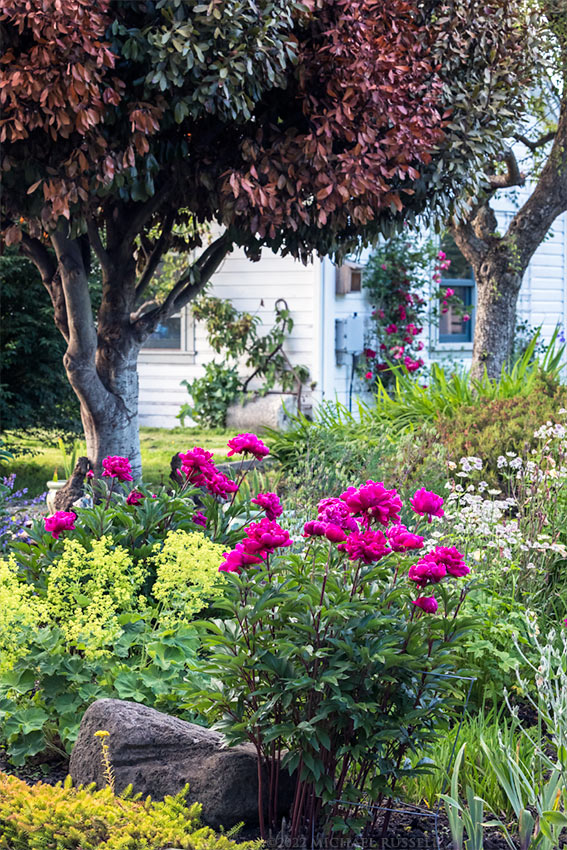 Peony in the English Gardens at London Heritage Farm (Purchase)

Some of the brighter coloured flowers in the London Farm gardens were these Peony flowers. This photo also shows the Lady’s Mantle (bottom left) and Astrantia, middle right. The building in the background is referred to as “The Workshop” on the farm maps. 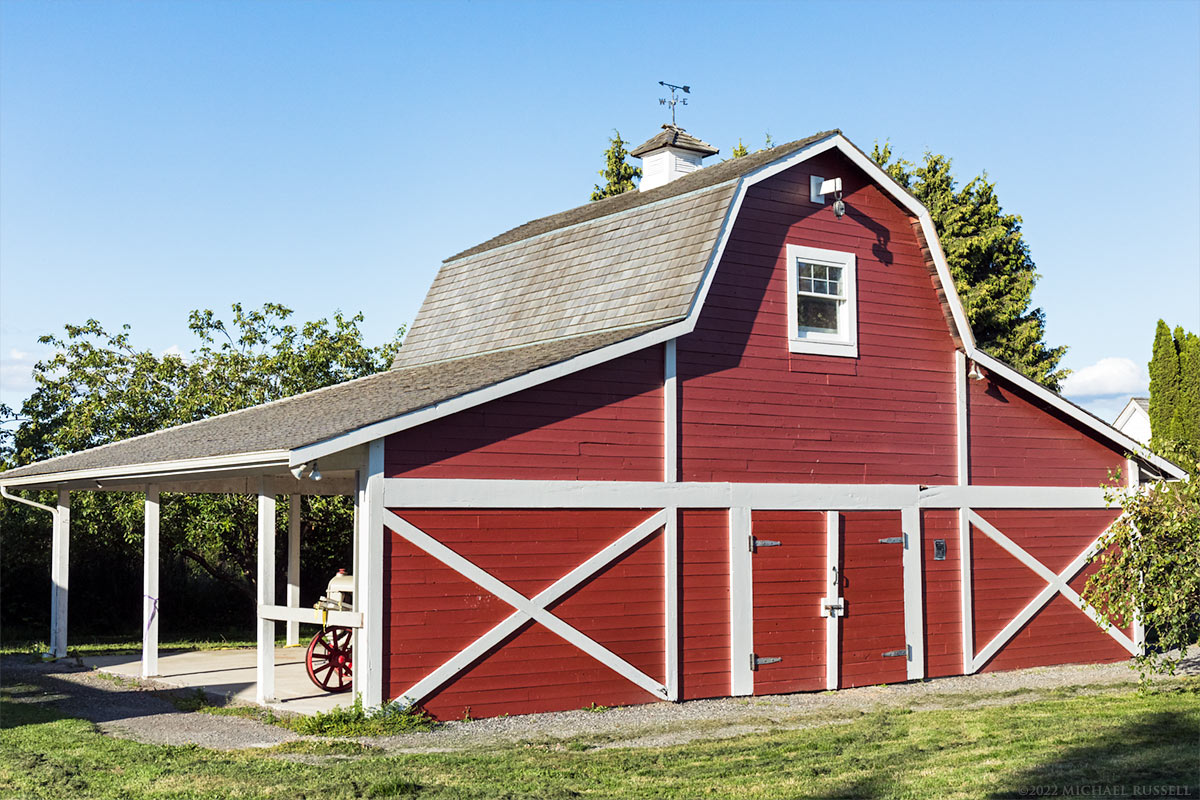 This small barn is referred to as the restored “Spragg Family Barn” in most of the information I’ve found about London Heritage Farm. I couldn’t find any other details about it, but I presume it was built after the London Family no longer owned the property. A display of old farm equipment and tools including a Fordson Tractor are housed on the side of the Spragg Family Barn. 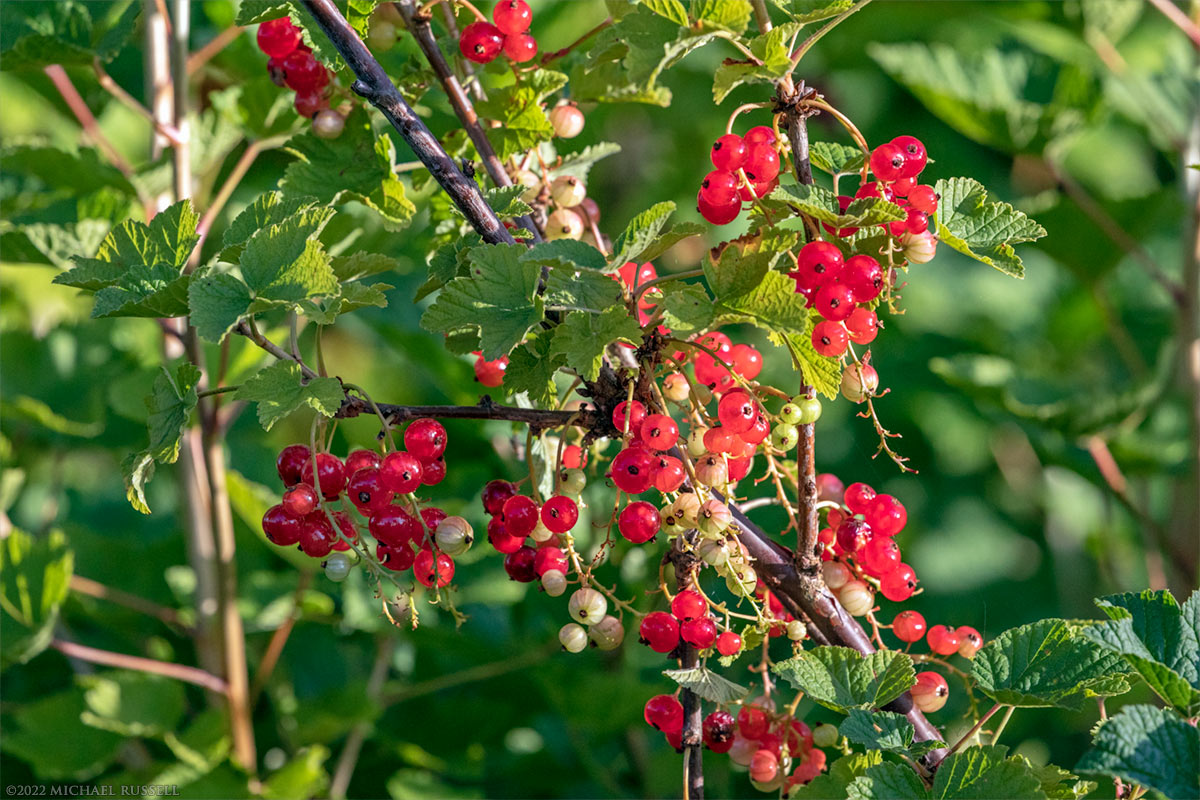 These Red Currant berries were ripening on the vine along the edge of the English gardens with some other small fruit bushes. Initially I confused these Currants with Gooseberries. You can tell a Currant bush from a Gooseberry bush as there are no thorns on Currants. Also, the fruit on a Gooseberry is individually attached along the main stem, not in groups as seen in these Red Currants.

For more photographs of the City of Richmond visit my Richmond Gallery.