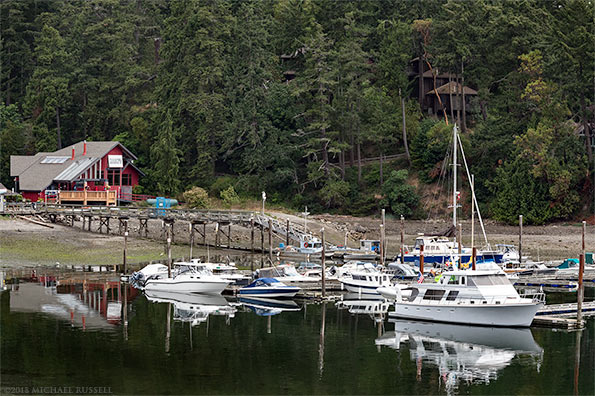 Earlier this year I made my second trip to Salt Spring Island – one of British Columbia’s Southern Gulf Islands. During my last trip I also had limited time, so I was able to check out some new areas this time around and more thoroughly explore some others. One area I spent more time in on this trip was Ganges. Ganges is an unincorporated town on Salt Spring Island and has most of the shopping and small businesses on the island. Ganges is also known for the Salt Spring Island Market in the summer. Ganges Harbour has a lot of marinas, boardwalks, and small shops along it’s waterfront. I spent a few hours there making photographs the morning of the second day on this trip. The first photograph here shows some of the small yachts and boats in one marina, with Moby’s Pub and a few waterfront homes in the background. 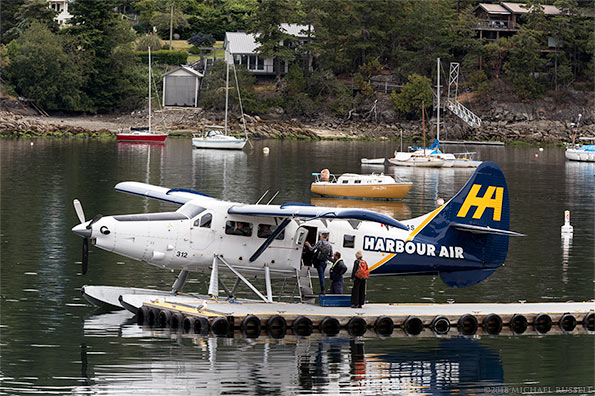 In addition to boats and marinas Ganges Harbour has a small Seaplane Aerodrome used by Harbour Air and Seair Seaplanes. I don’t know where this Harbour Air Single Otter flight was departing to, but it likely was heading to Vancouver or YVR (the Vancouver area’s main airport). 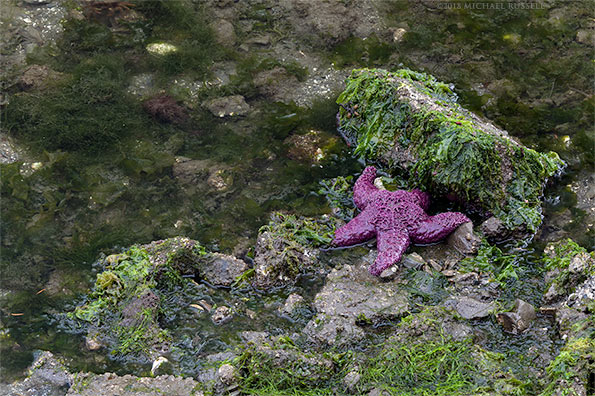 This Purple Sea Star (Pisaster ochraceus) and the Great Blue Heron (Ardea herodias) were both in the intertidal zone below the boardwalk. I do enjoy photographing Herons as they tend to move slowly when hunting and make goods subjects. I didn’t have to worry about the Sea Star moving around either! I watched the heron for about 20 minutes, and recorded some video of it hunting as well. Apparently if being filmed, Herons know to grab their snack and immediately run out of the frame to eat it. I saw this Heron catch a number of small fish, but it always walked out of the frame before swallowing them, unfortunately. While photographing the Heron I was switching to different subjects such as various boats and the Sea Plane taxiing for takeoff before switching back to the Heron. 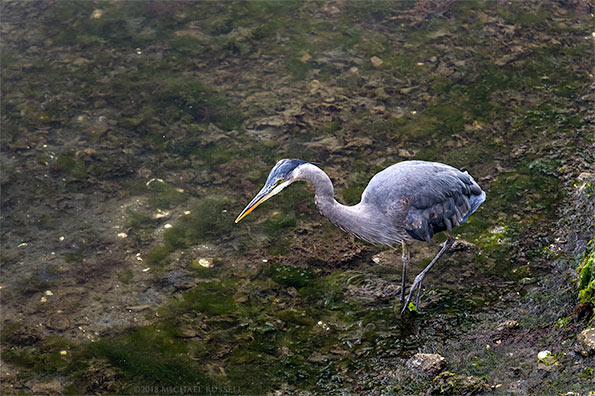