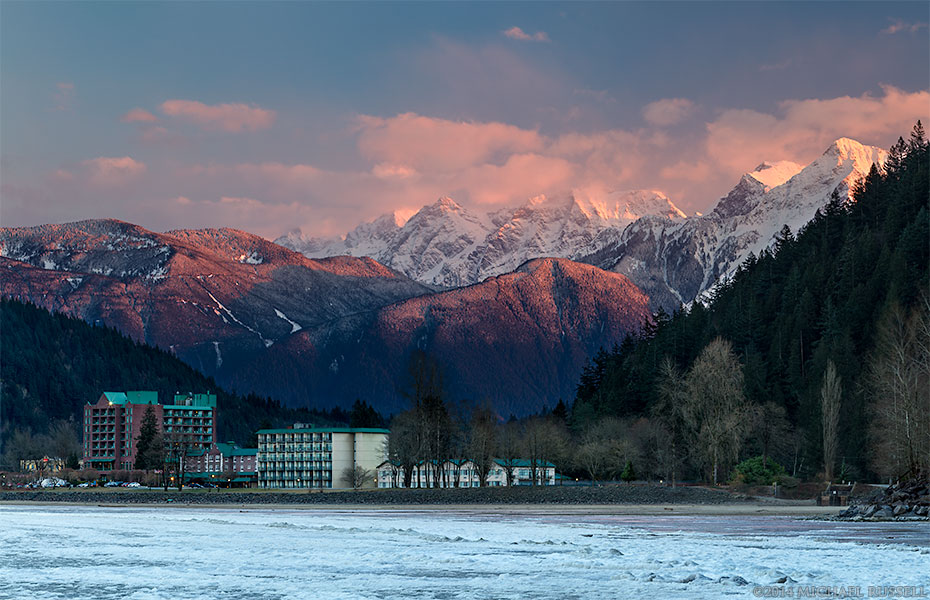 The City of North Vancouver below the Coast Mountains in the early evening from Stanley Park in British Columbia, Canada 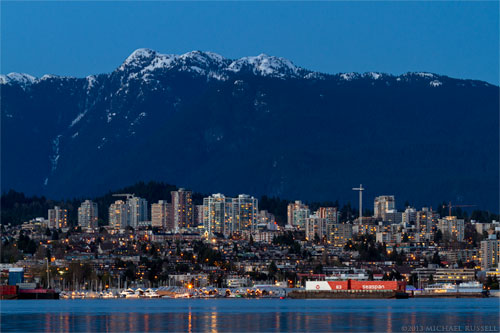 The City of North Vancouver (Purchase)

While I am usually looking at downtown Vancouver when I photograph in this part of Stanley Park, I usually point my camera towards North Vancouver as well. On this evening in April there was still some snow on the North Shore Mountains, which made for a great backdrop to North Vancouver’s lights in the early evening. Crown Mountains is the peak in the background above the lights of North Vancouver.

You can view more photographs of Cities and Buildings in my Image Library. 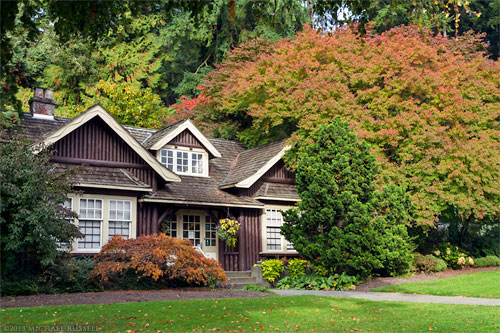 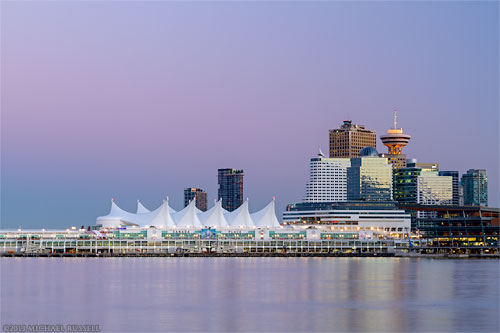 A Panorama of downtown Vancouver including the Trade and Convention Center, Canada Place, and HMCS Discovery on Deadman’s Island – as seen from Stanley Park in Vancouver, British Columbia, Canada

Back in 2011 I was experimenting with various locations to find a good place to make panoramas of downtown Vancouver. This particular panorama was made from Stanley Park near the totem poles. My favourite panorama of Vancouver remains the blue hour photograph from a nearby location, however. I should try a blue hour photograph from this location but I normally try to avoid the floating gas station which bobs up and down and is troublesome during long exposures. The sky on this particular day had a bit too much grey in it for blue hour, however. I like the the nice maple fall colour foliage on Deadman’s Island and think it adds some interest beyond the city buildings. 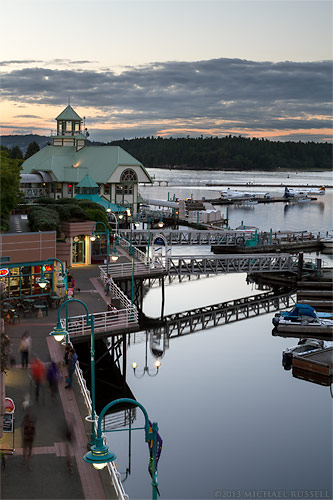 Earlier this month while visiting Nanaimo, British Columbia I walked along the Harbourfront Walkway past the shops, tourists, and marinas. I made this photo from the top of a stairwell made up to look like a ship’s mast – this provided a pretty good view of the area below. Just beyond the ramps to the boats you can see some of the seaplanes from the Harbour Water Airport.