Back in 2013 I photographed this scene after hiking to the top of the stairs to view Bear Creek Falls. From this viewpoint one sees great views of Lake Okanagan, downtown, and the hills to the south of the city (the Thompson Plateau and Myra Bellevue Park). The fire damage to the hillsides above Kelowna here are from the Okanagan Mountain Park Fire of 2003. The firestorm that started in Okanagan Mountain Provincial Park spread to inhabited areas of Kelowna covered 250 square kilometers (61 776 acres) and destroyed 239 homes.

To get to this location park at the parking lot on the west side of Westside Road in Bear Creek Provincial Park. From there it is a simple walk up the Loop and Canyon Rim Trail (with its many stairs) to the Bear Creek Falls view points. From there (if I recall) one of the trails heads towards the lake and this view. 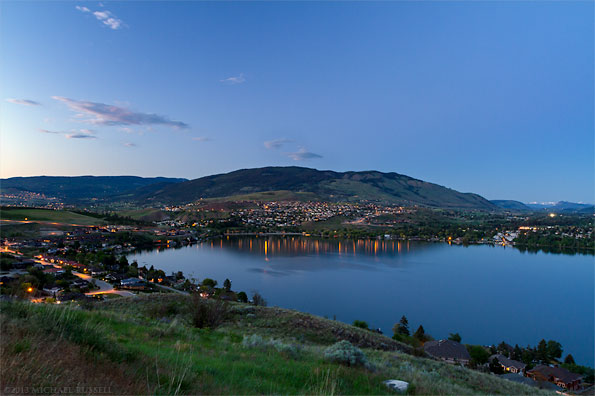 Kalamalka Lake and other areas around Vernon are among my favorite places in British Columbia’s Thompson Okanagan region. The above view of Kalamalka Lake, Vernon, and Coldstream was made on the same evening as another photograph of mine: a Panorama of Kalamalka Lake. Unless I am in a hurry, I always seem to stop at this lookout to stretch my legs and look at the view. On this day I was coming back from Kelowna at just the right time for some blue hour photographs. 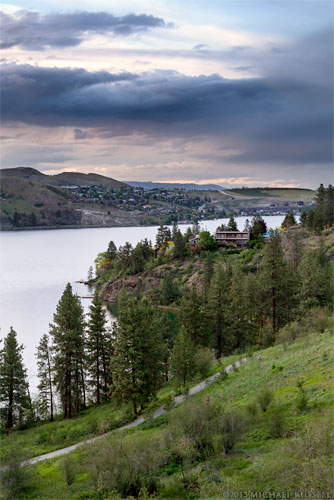 This second view is from Kalamalka Lake Provincial Park along the Corral Trail. In the larger version of this photo you can just see the viewpoint from the first photograph above on the hill in the upper left hand corner.

For more photographs of Vernon, Coldstream and the surrounding areas please visit my Thompson Okanagan Gallery.

Horses begging for apples and other treats (which are often provided by tourists) near the town of Hedley, British Columbia, Canada 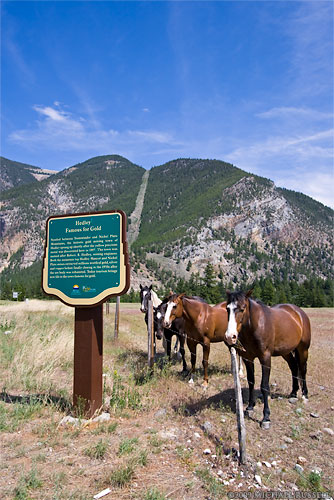 Horses along the Crowsnest Highway in Hedley, BC

As with my earlier cruise ship panorama post I thought I’d share an image I’ve come across in my archive while catching up on some editing and keywording. This is a small herd of horses that quickly ran over to the fence when I pulled off Hwy 3 near Hedley, British Columbia, Canada. I had been looking for an angle to photograph the highway and Nickelplate Mountain together but when this group came running over and lined up against the fence, I couldn’t resist. I believe they were begging for apples and other treats and had determined I was a likely source of goodies. Unfortunately for them, I had nothing to offer (not that I would have fed someone else’s animals without permission anyway). A few minutes of hopeful expectation turned to disappointment and they wandered away. 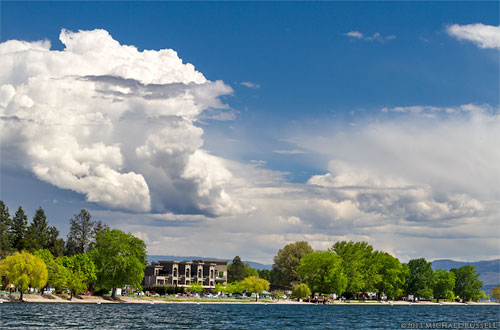 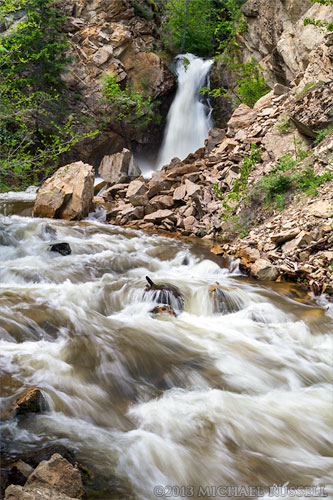 I have passed this small lake (or pond) along Glenmore Road in Kelowna, British Columbia for a few years – never really knowing the story of the poles stuck in the ground there. Google has turned up a lot of information about what these actually are, but I don’t know which story is true. Depending on who you believe these are either:

Personally I think it looks like an old fence or someone just stuck a bunch of sticks in the ground in order to start this kind of speculation!

I did enjoy the Kildeer running around in the grasses near the road though. Not a good photo opportunity, but cool to see. 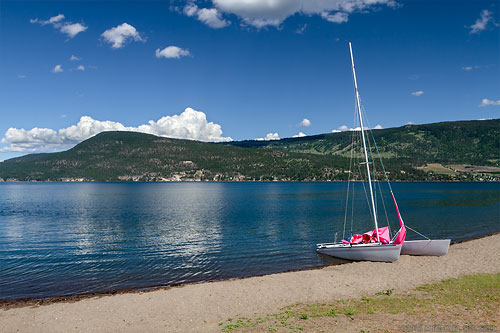 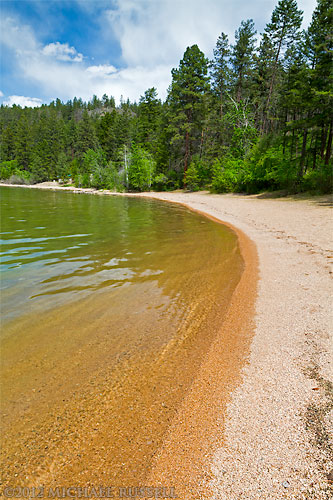 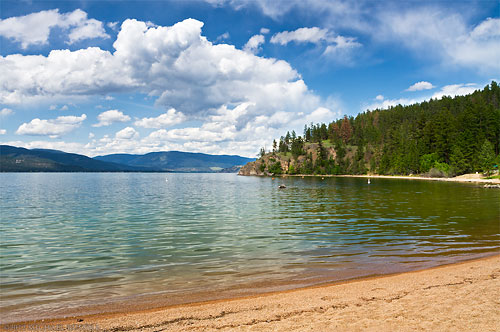 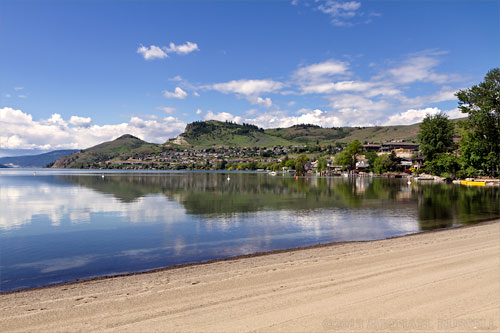 Kal Beach on the north shore of Kalamalka Lake (Purchase)

I am not much of a beach person. I prefer uncrowded natural places, I don’t swim, and I tend to avoid heat when possible. This made spring the perfect time for me to photograph some of the beaches in British Columbia’s Thompson Okanagan region – a summer destination for many people. Right now I presume Kal Beach in Vernon is packed elbow to elbow with people trying to cool off in the current heat wave. 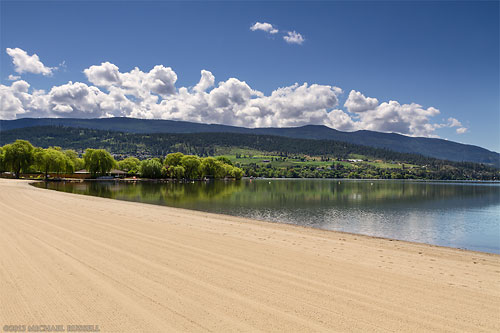 Kal Beach in Vernon, BC