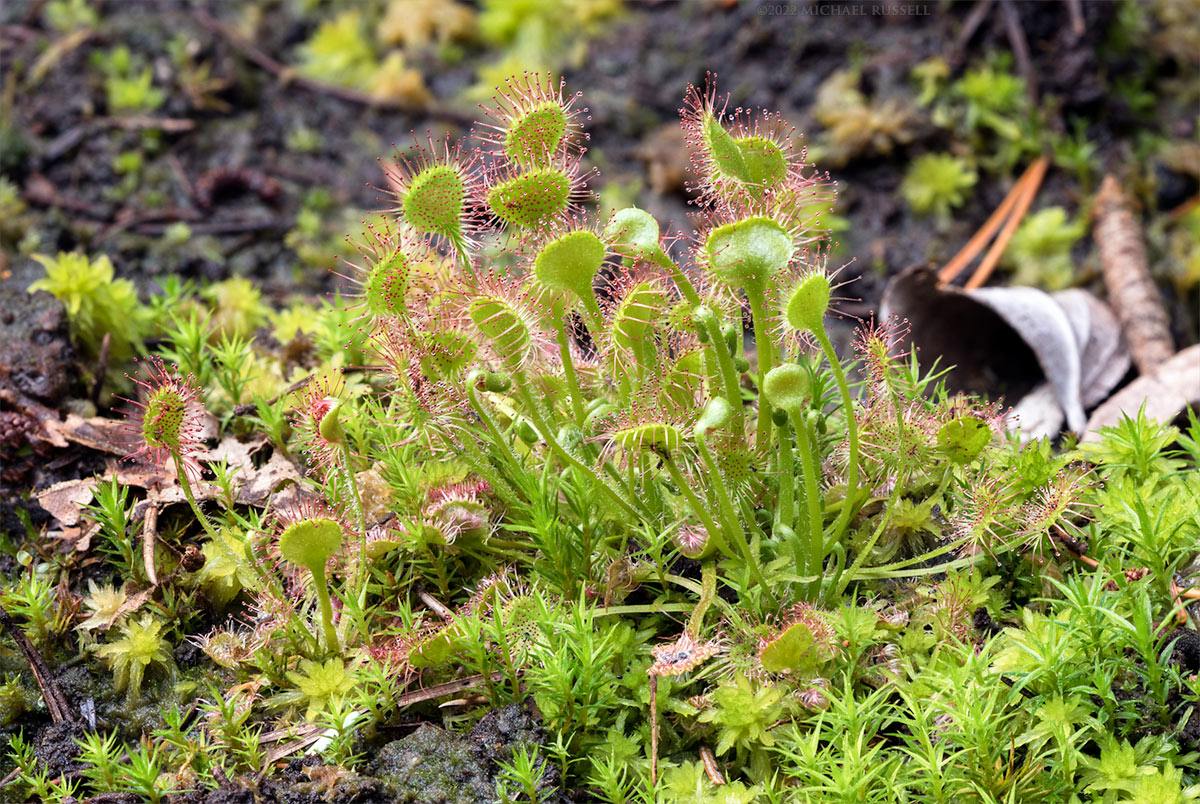 In June I’d seen a number of people on Twitter talking about Camosun Bog in Pacific Spirit Park as a good spot for various flowering bog species at the time, so I decided to head out there and see what was still in bloom. I was also thinking a lot about the possibility of seeing Sundews again, a species I haven’t seen in person since a University trip to Burns Bog back in 1999 or so. I visited Camosun Bog for the very first time last September. As this followed the Heat dome natural disaster earlier that year and a relatively dry/hot summer, things were pretty crispy in Camosun bog then. After a lot of rain this winter the bog looked replenished and relatively healthy this spring. I was a bit too late for a good flower display from the Bog Laurels, but there was more than enough species of interest to spend over an hour making photographs.

The first plants I looked for were the Sundews which were easy to spot and fairly plentiful. The photograph above shows a rather large group of them mixed in with some Sphagnum moss and decaying leaves from last year. This particular species is the Round-leaved Sundew (Drosera rotundifolia). Like other Sundews, the Round-leaved Sundew is a carnivorous plant, and more specifically an insectivore. The photograph below is a zoomed in version of another Sundew plant I photographed, and shows the sticky red tentacle-like hairs that tempt insects both with their red colour and nectar in order to trap and then digest them. 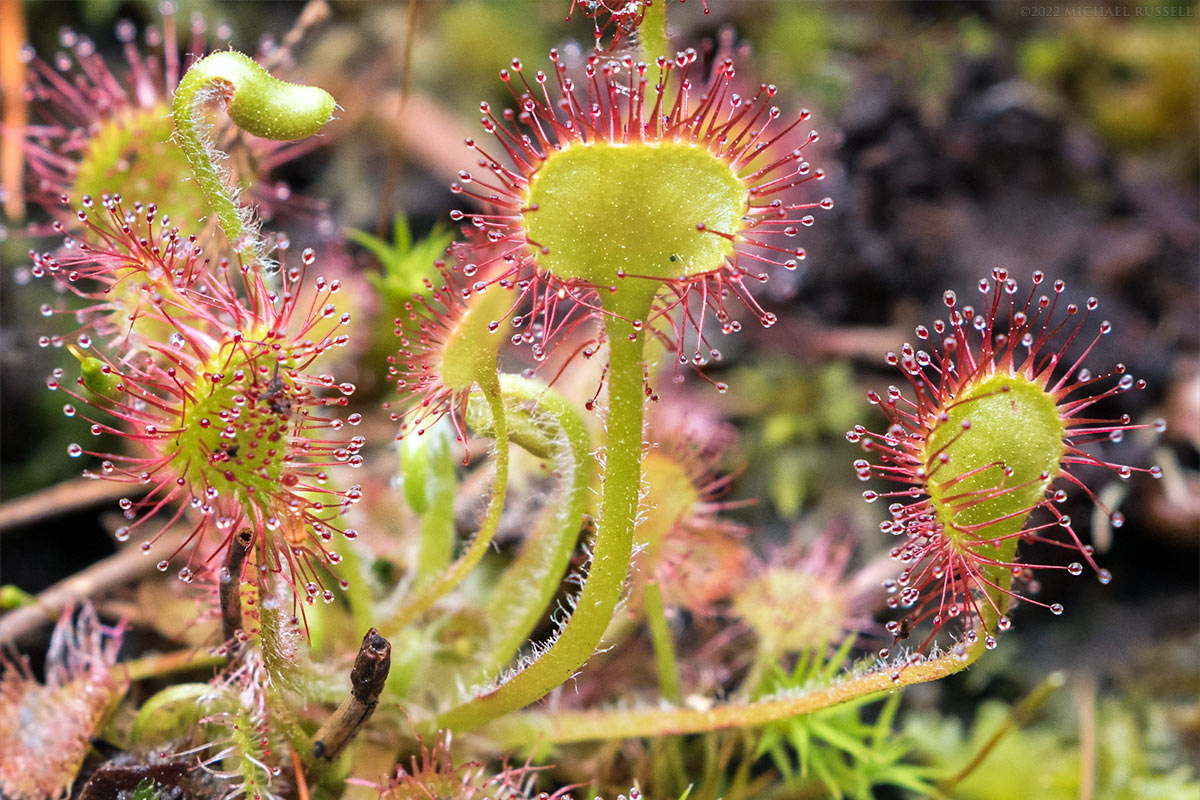 The next species I photographed were these flowering Bunchberry (Cornus canadensis) plants. I’ve seen Bunchberry before in person and in other photographs, but had not made images of them myself until now. I’d always thought they looked like miniature Pacific Dogwood Flowers (Cornus nuttallii) and there is good reason for that, they are in the same genus – Cornus. Bunchberry, unlike its larger cousin, grows as a relatively short ground cover in fairly moist forest floor/bog environments. The flowers mature into glossy red berries. 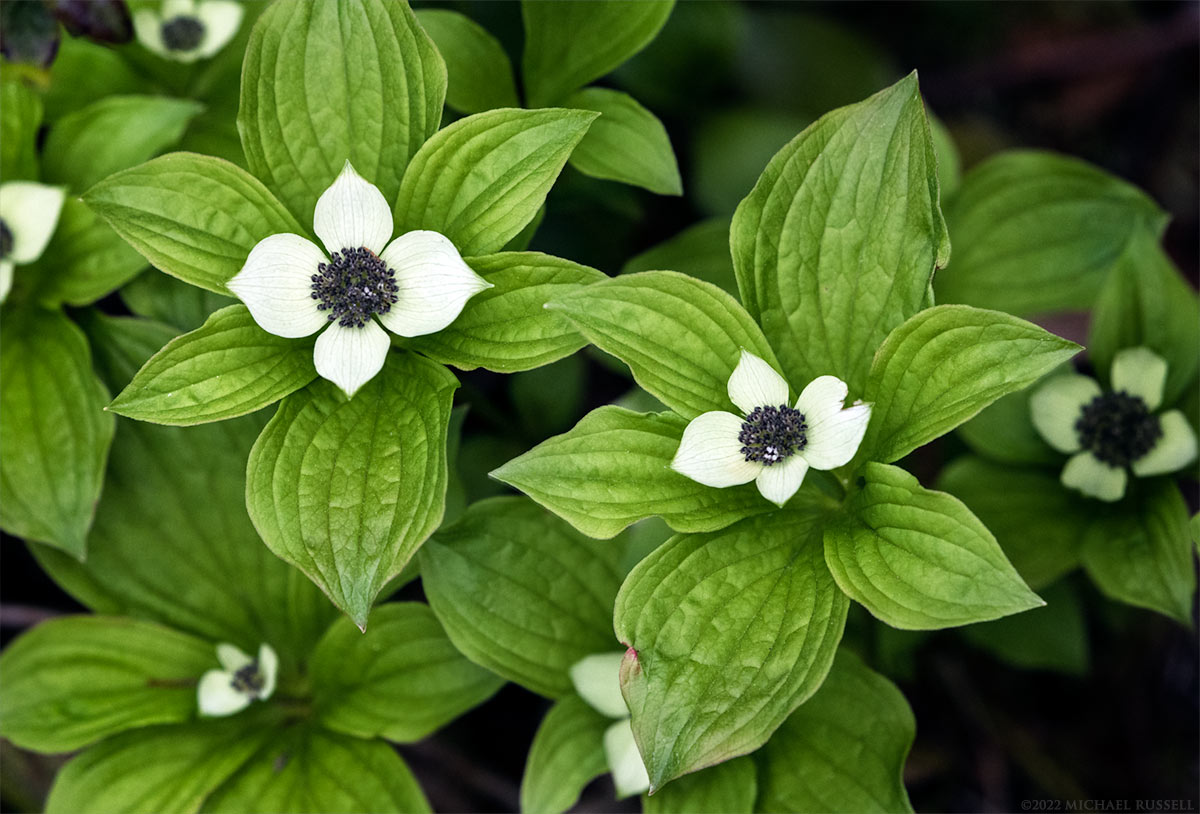 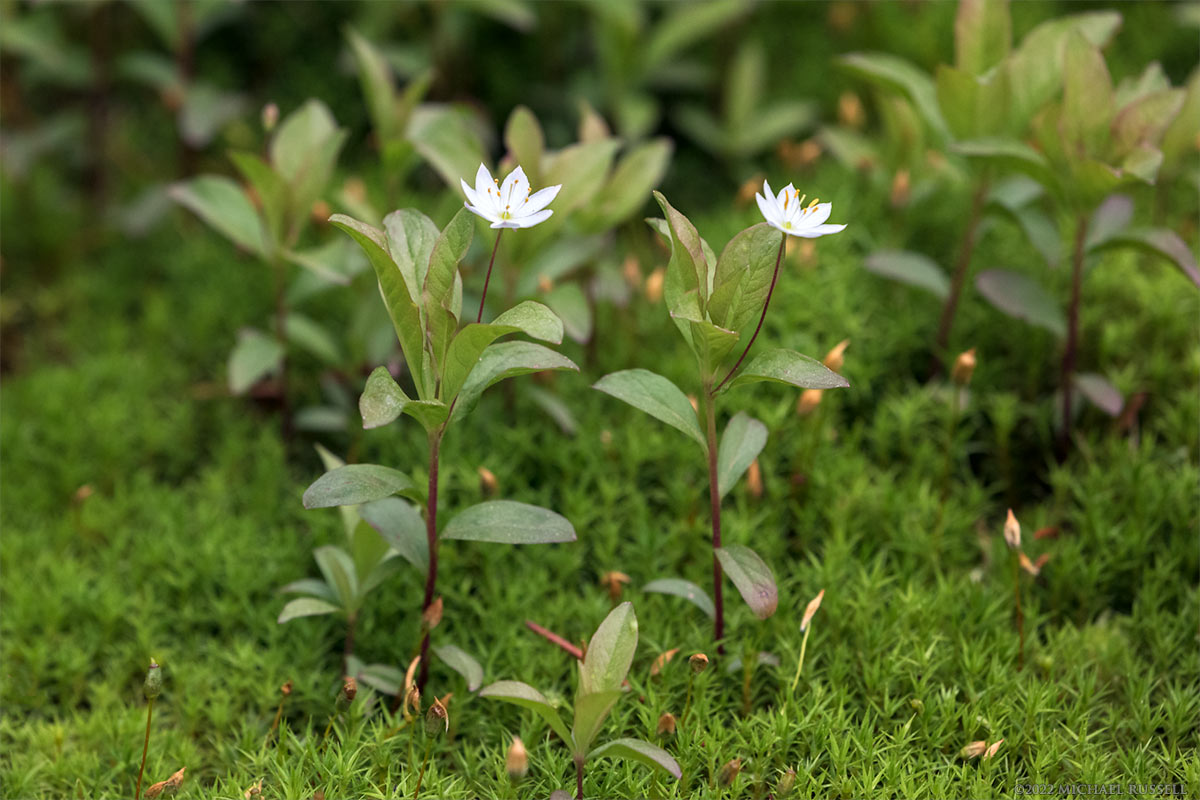 One of the most recognizable species in a bog, Labrador Tea (Ledum groenlandicum). Labrdor Tea isn’t as flashy as a lot of the other species such as flowering Bog Laurels, but does have these very nice white flowers in the spring. As the name suggests, the leaves can be used to make a tea (steeped, not boiled) which is described as “floral” in flavouring. Labrador Tea resembles a rhododendron, and for good reason – an alternative name for it is Rhododendron groenlandicum. 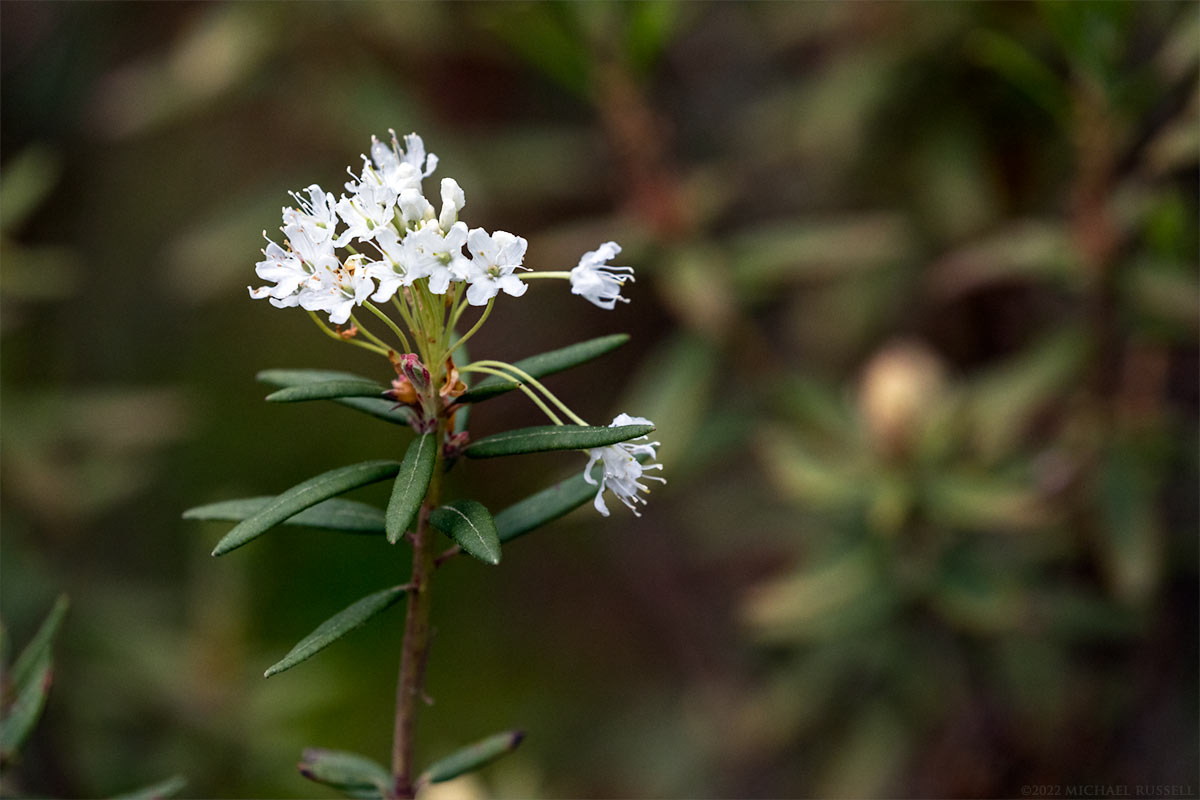 The most commonly thought of plant in a bog is likely Sphagnum Moss (Genus Sphagnum). I am unsure as to which species this photograph below illustrates, as there are roughly 12 species of Sphagnum in Camosun Bog alone! I do try to ID every species/place/mountain/building I feature in a photograph, but sometimes I have to draw a line! 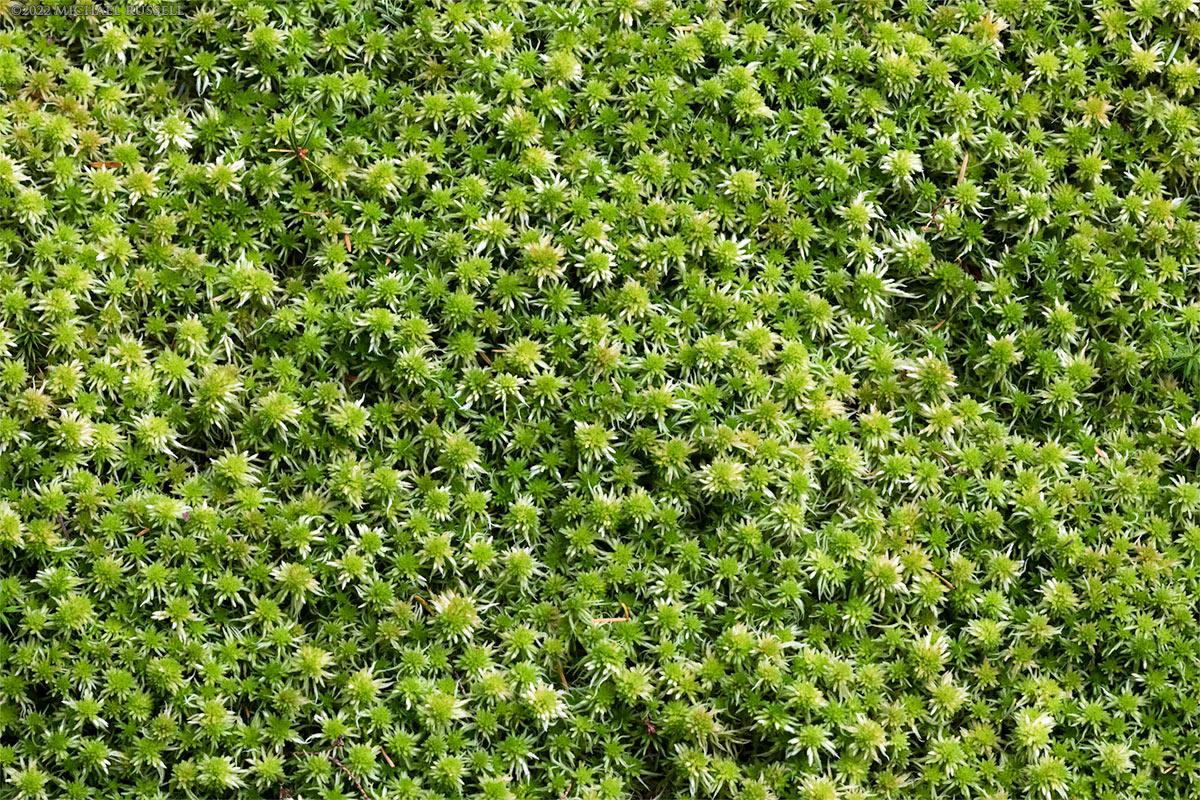