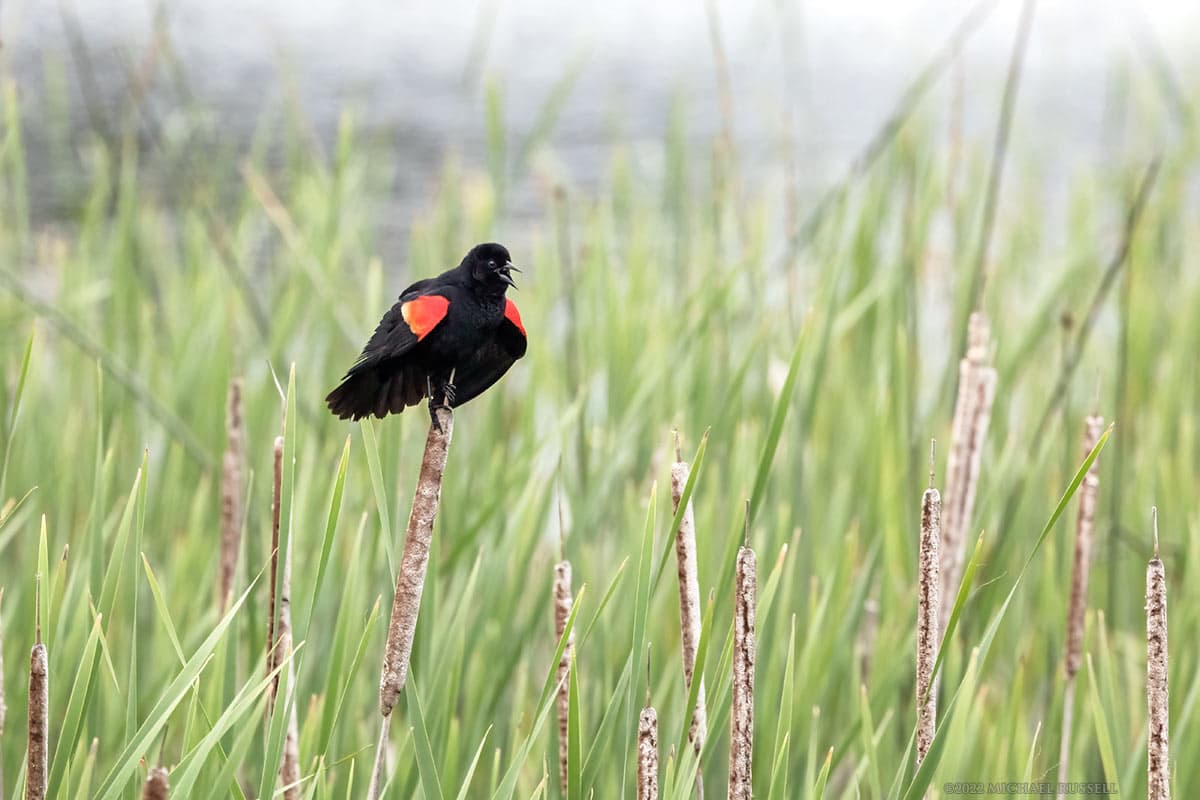 In early June I visited Camosun Bog in Vancouver’s Pacific Spirit Park but found myself with enough of the evening available to visit another location. I chose to visit Iona Beach Regional Park, in order to take a look at getting some better bird photographs than the last time I visited in the Winter (photographing Snow Geese). Iona Beach Regional Park is well known for the 4km long Iona Jetty that includes a walking/hiking trail. There are also two ponds that are popular with bird watchers and photographers. A lot of long lenses at this park!

The primary bird species I was expecting here in large numbers were the Red-winged Blackbirds (Agelaius phoeniceus) and I was not disappointed. I’d not seen “tame” individuals before, but I guess enough people visit Iona and feed them next to the parking lot, that some resort to begging when new people show up. One male Red-winged Blackbird even got so close to me on a boardwalk railing I had to back up in order to photograph it. There was a possibility of seeing a Yellow-headed Blackbird (Xanthocephalus xanthocephalus) at Iona Beach, but I didn’t manage to spot it. What I did see was a display by the male Red-winged Blackbird shown above. This posture of hunching forward and spreading the tail (while singing) is called a “Song Spread” display. As with a lot of other bird displays, this one is largely for territory defense and to attract females. 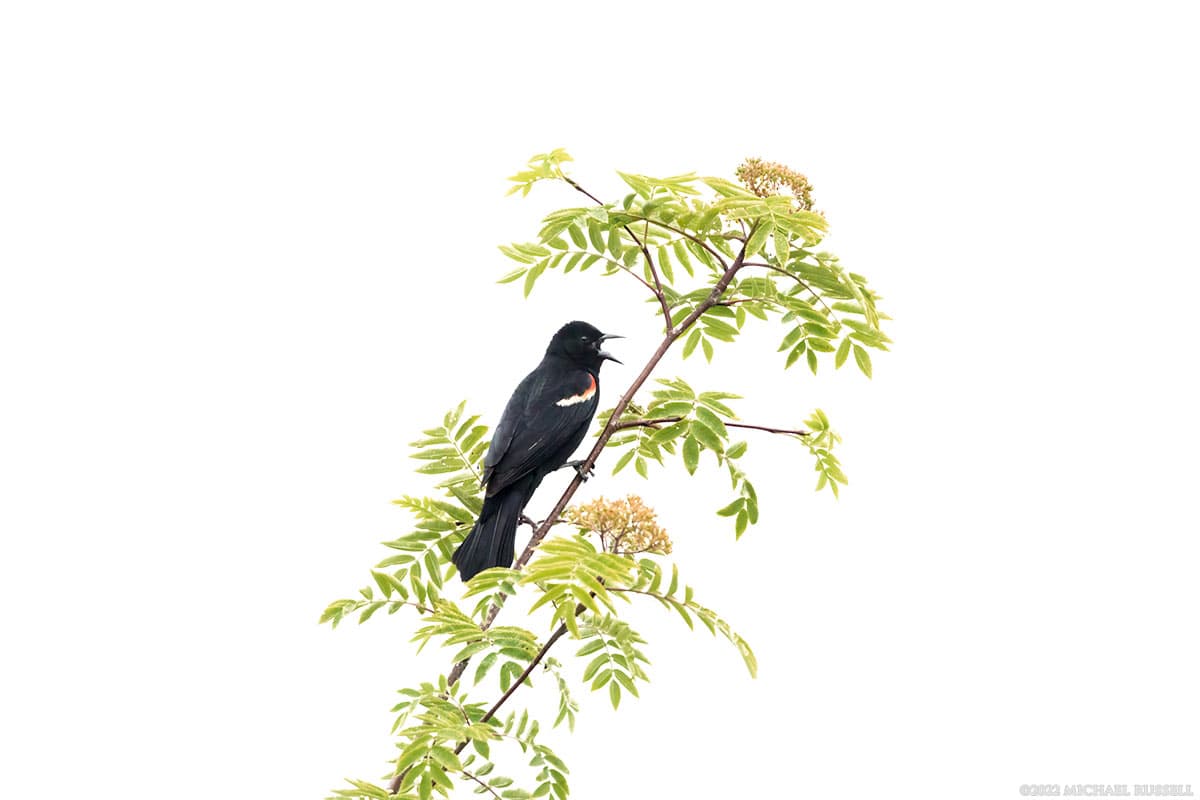 While walking around the various ponds at Iona Beach, I photographed this singing male in a Mountain Ash tree. The marsh/pond area there is not a quiet place, with a lot of different species singing and calling. There was also periods of quiet when a Bald Eagle would fly over. The birds here didn’t seem as concerned with the Osprey that kept showing up, fishing in the ponds. I saw it drop down and pick out a fish at one point, and heard it hit the water a few more time after that. It likely had a nest with hungry mouths nearby. 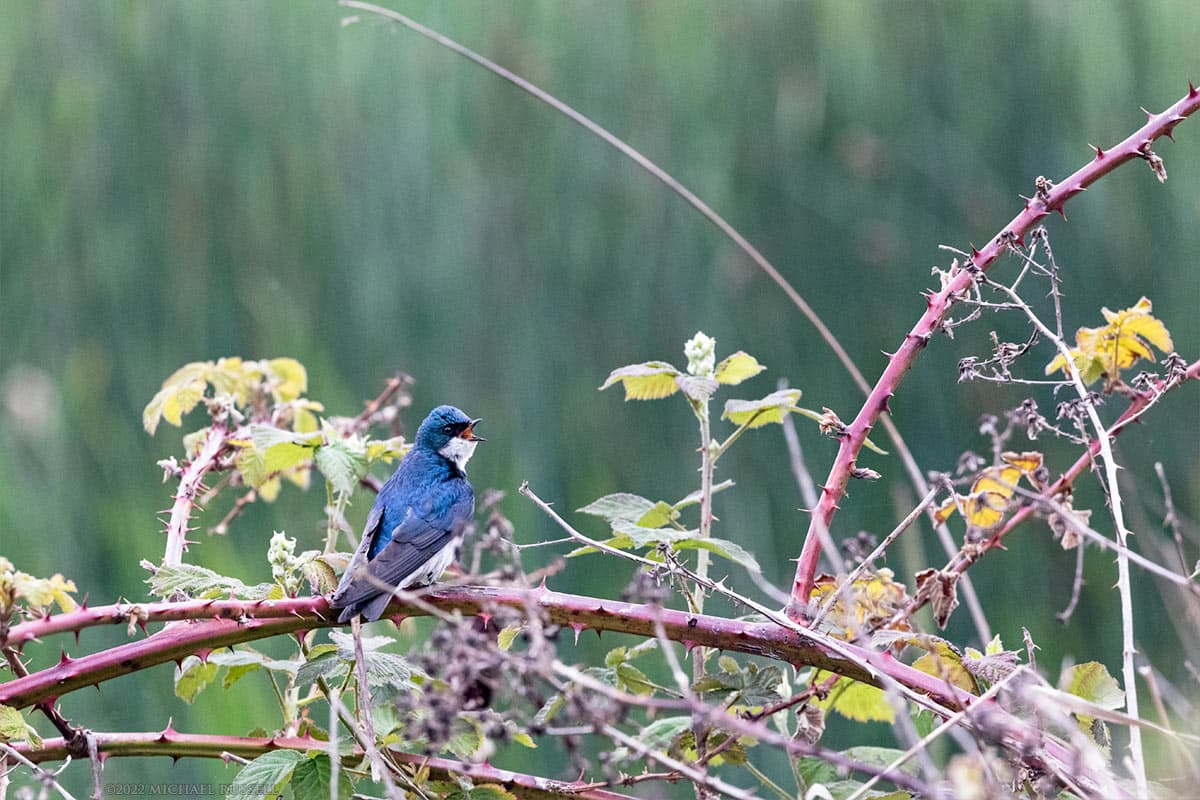 There are a lot of Swallows at Iona Beach Regional Park darting around catching insects. The park also has quite a number of nesting boxes available the Swallows use, so that likely adds to its popularity. The photograph above shows a Tree Swallow (Tachycineta bicolor) perched in some Blackberry bushes, calling to another Tree Swallow that periodically joined it. At the time I was unaware we were standing right next to one of the nest boxes and once we backed up, these two went back to tend to their nest inside. Ooops! 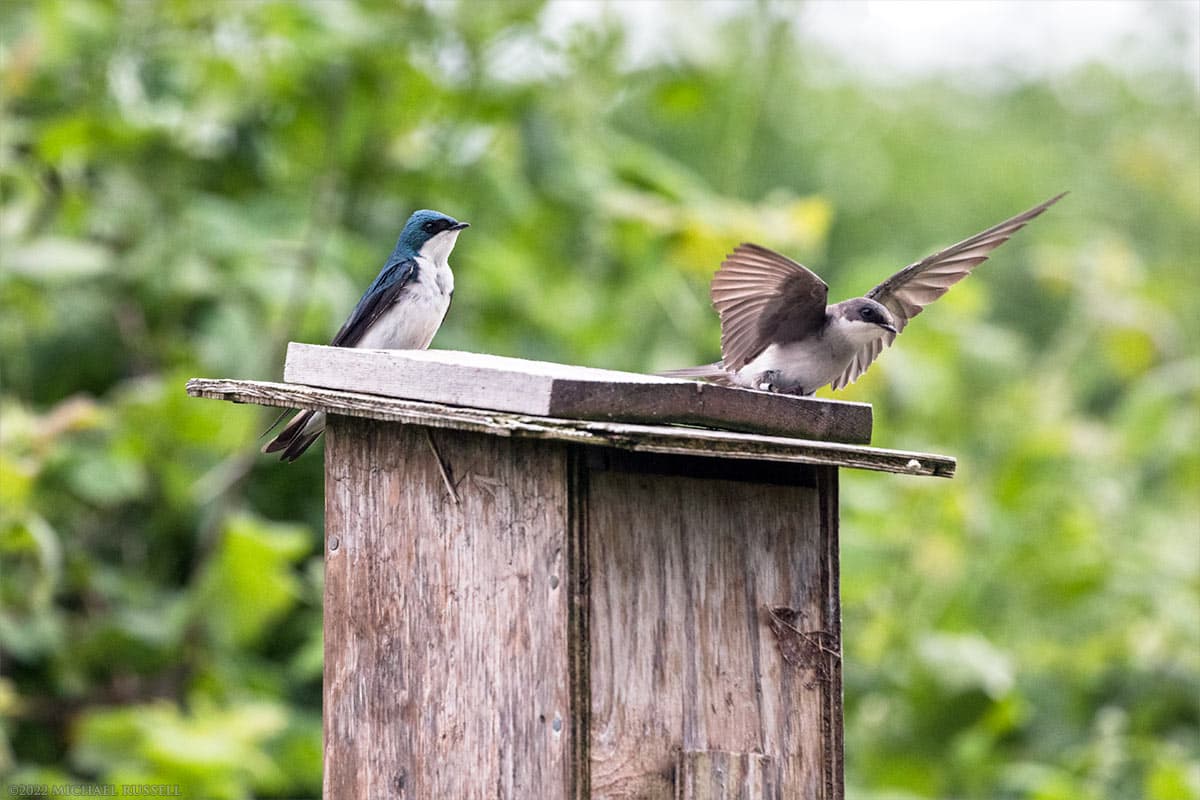 An immature Tree Swallow has a rough landing (Purchase)

At another nesting box further up the trail I noticed this juvenile attempt a landing on top of the box a number of times. It would land on the top edge, then slide off the back on its initial attempts. The photo above shows the first successful, if a bit shaky, landing on the top of the box. I presume the other adult swallow present is one of the parents supervising flying and landing lessons soon after this one has fledged. 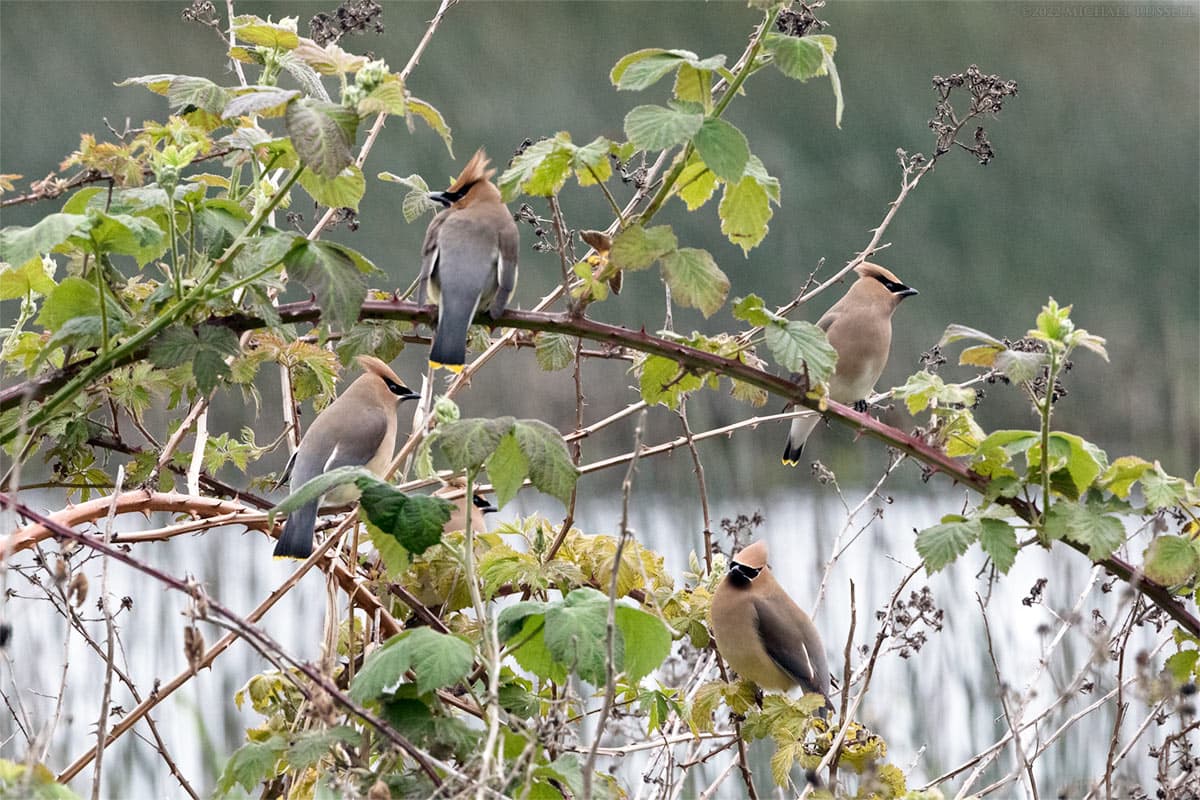 I have photographed Cedar Waxwings (Bombycilla cedrorum) before, but never this many in one frame. These birds were fairly elusive when I visited, preferring to stick to the top of some nearby Cottonwood trees versus anywhere I could photograph them. Then I noticed one in the blackberry bushes in front of me. Then another, and another. Can you spot all 5 Waxwings in this photo?

For more of my bird photography visit my Bird Photos Gallery in the Image Library.